The second in a weekly series of updates from the voyage's Chief Scientist Mike Coffin: Welcome to the Furious Fifties, Daily Seminars, Meet our Sensors. 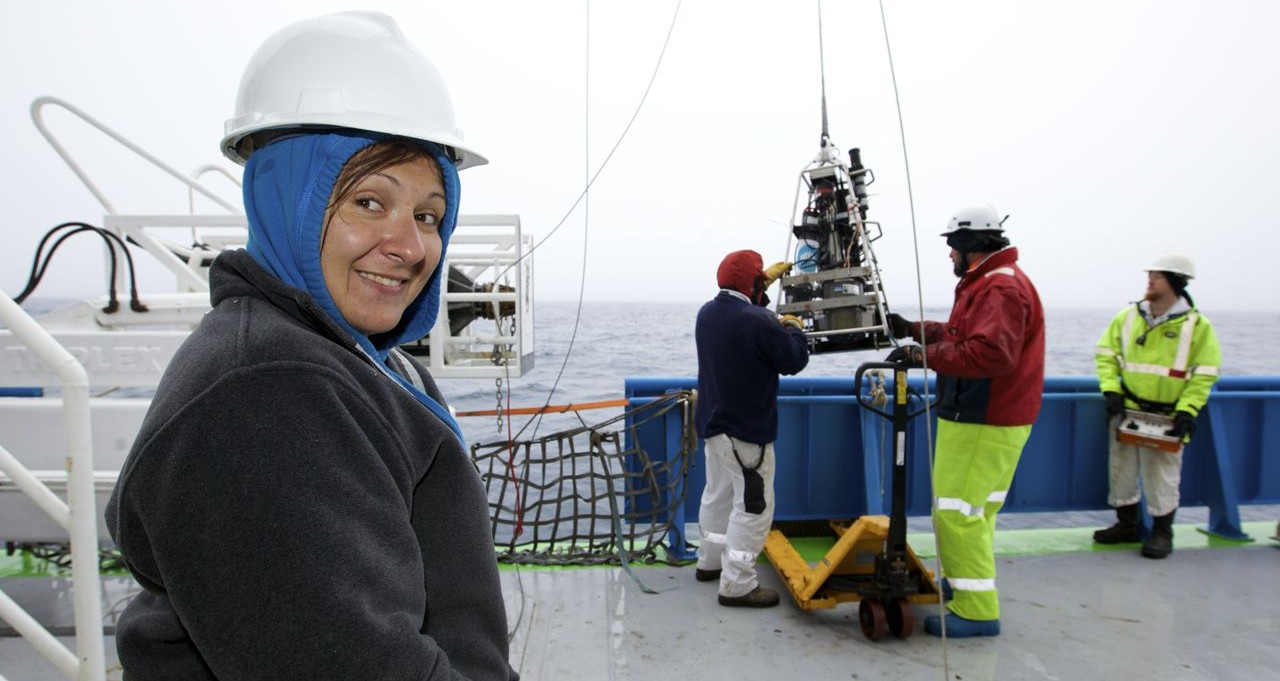 Investigator ahoy! Our swanky ship is off to the sub-Antarctic territories of Heard and McDonald Islands to explore the role of underwater volcanoes in nourishing an iron-deficient Southern Ocean. This is the second in a weekly series of pieces from the voyage’s chief scientist Mike Coffin.

Welcome to the Furious Fifties

The Roaring Forties are now in our wake! We’ve crossed the Southeast Indian Ridge and the polar front, and for the next month we’ll be working in the Southern Ocean’s Furious Fifties.

The long transit from Fremantle to the start of the first phase of our investigations on the Kerguelen Plateau finished on 18 January. As always, we’re continuously acquiring multibeam sonar, backscatter, and sub-bottom profiler data, and during the second week of transit we continued to test equipment and gain experience with shipboard systems and procedures.

And we’re also continuing to launch robotic floats for the international Argo program, the Australia-India Strategic Research program, and the Southern Ocean Carbon and Climate Observations and Modeling (SOCCOM) project, as well as drifters for the US National Oceanic and Atmospheric Administration’s (NOAA) Global Drifter Program.

The day after we set sail from Fremantle we also started a our daily seminar program everyone on board can attend.

With the ‘science watches’ split into two shifts per day (0200-1400 and 1400-0200) the seminars are scheduled around this swapover time each day when most people are present.

Typically two people speak for 15-20 minutes each, including questions and answers, which provides the opportunity for us to introduce ourselves, our expertise, and our research plans for the voyage to one another. This is particularly important because this voyage is the first time the multidisciplinary team has been co-located, and many people haven’t met each other previously. 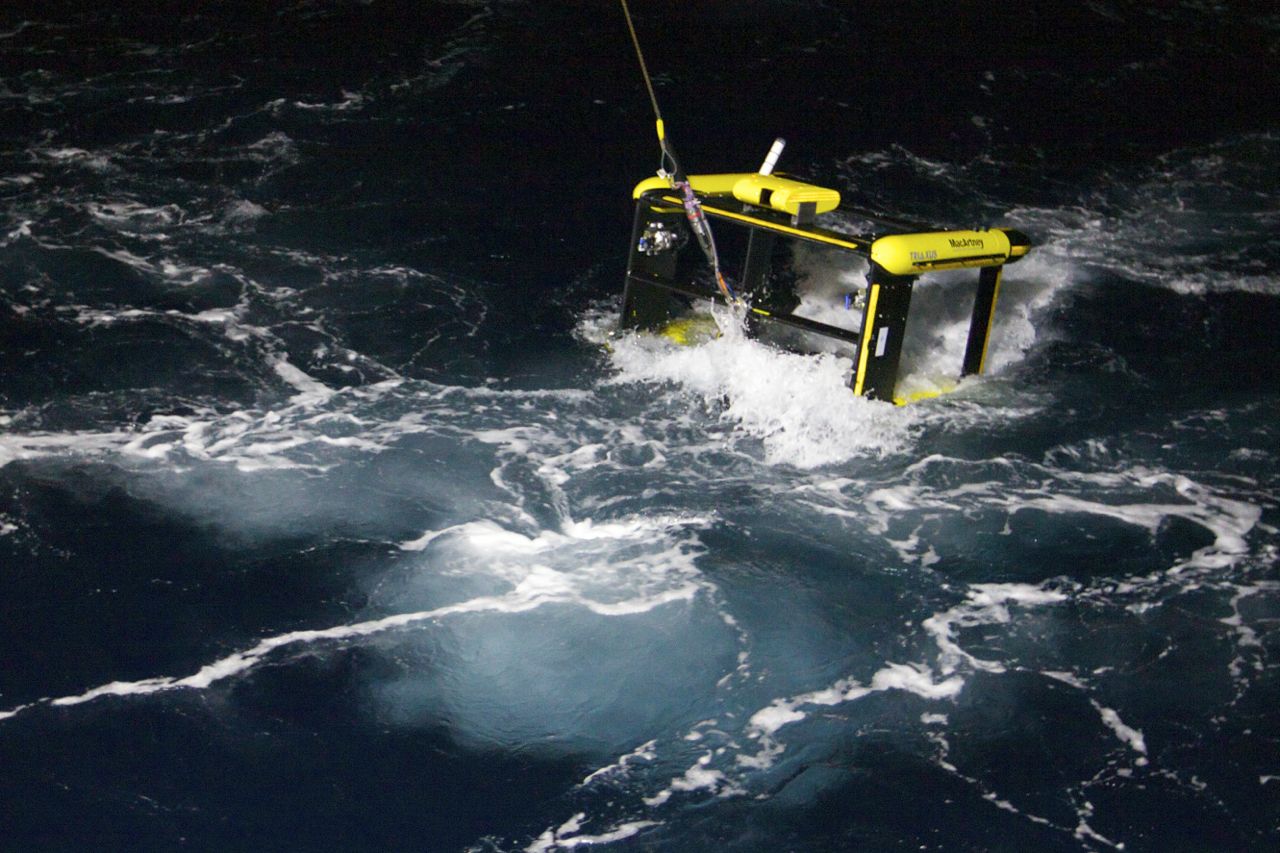 The Triaxus ROTV being deployed at night. The carbon fiber vehicle is 1.95 m long and weighs approximately 200 kg with sensors. Credit: Pete Harmsen.

A critical tool for identification of hydrothermal plumes emanating from the seafloor is the remotely operated towed vehicle (ROTV) Triaxus, which hosts multiple seawater property sensors. Towed approximately a kilometer behind RV Investigator, it is typically programmed to ‘fly’ a regular sawtooth pattern ranging between a few meters water depth and a maximum depth of 350 meters. The new vehicle acquired in 2015 is now fully tested and fully operational.

Another array of sensors important for assessing the biological response to hydrothermal plumes is a bio-optical package that is lowered over the side of the stationary vessel to a depth of a few hundred meters. Data from this package illuminate biological productivity in the uppermost ocean where light can penetrate, the so-called photic zone, and is crucial for calibrating satellite-derived chlorphyll data for the ocean’s surface waters.

Phase one of our four-phase research program is an estimated 3.5-day, 12-station transect extending from the Australia-Antarctic Basin across the deep western boundary current and Central Kerguelen Plateau to just north of Heard Island. We’re deploying the conductivity-temperature-depth (CTD) rosette and bio-optical package at each station, and the trace metal rosette at some stations. Four stations are now complete, and deployments are underway at the fifth.

Long summer days are conducive to our work program, morale, and aesthetics. The 7.75-hour night between 17 and 18 January was bookended by a magnificent sunset and a glorious sunrise, our first views of either celestial event since entering the Roaring Forties. May the sunshine, light wind, and gentle seas augur well for the coming month of work in the Furious Fifties.

If you’d like to find out more about the RV Investigator and the rest of the Marine National Facility, visit our website.

Previous post:
Legends of rock: CSIRO geologists making a name for themselves
Coming up next:
Thiamine in yeast spread and joeys in pouches — these are a few of our favourite things