Ants. These pesky little creatures can show up with thousands of their family members often as uninvited guests at summertime barbeques and picnics. Attracted to sun and sweets, they can be considered harmless nuisances in the family home and garden.

While there are a number of common ant species found in Australia, invasive or exotic ants are the ones we need to be careful of when it comes to our homes and backyards. Invasive ant species have arrived on our shores due to increasing global trade and can have a major impact on our way of life down under. 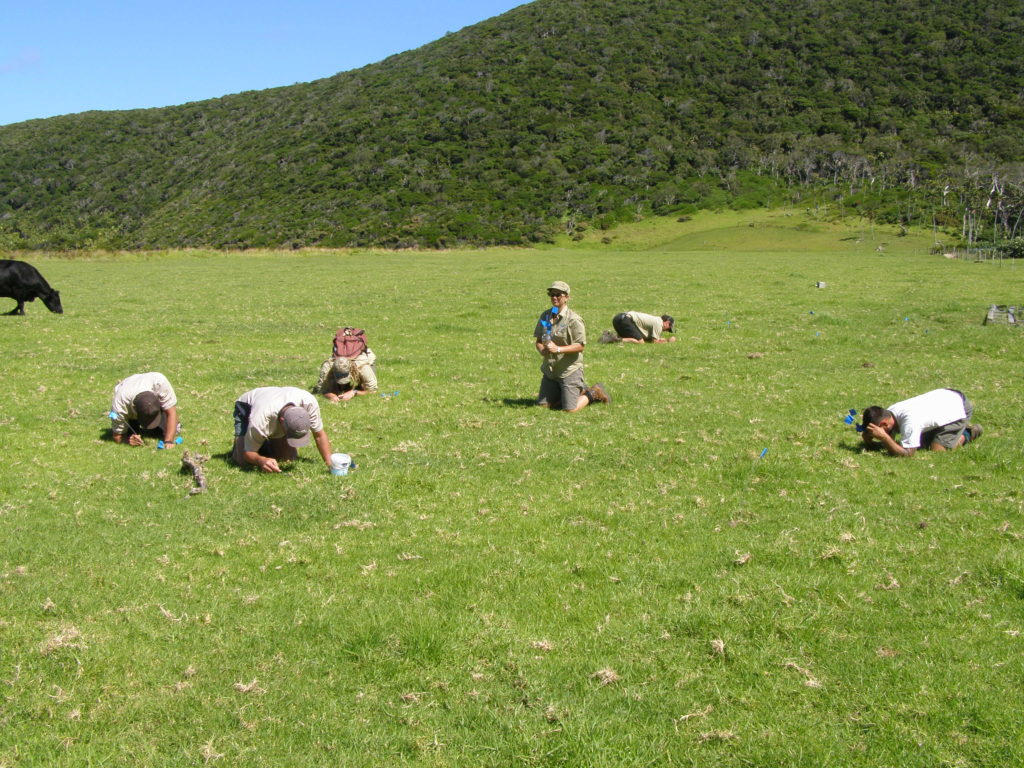 Is this a centre for ants? A team of our scientists and Lord Howe Island residents on the hunt for the African big-headed ant.

Australia has a very delicate but rich natural ecosystem where our native wildlife and vegetation can thrive. Lord Howe Island, just off the east coast of New South Wales, is a prime example of Australia’s biodiversity. The world-heritage listed island contains extraordinary terrestrial and marine ecosystems, beautiful and varied landscapes, and is home to many endangered native animals and plants that can only be found on the island – making it a special place.

In fact, it’s so special that protecting and conserving the island’s ecosystems is really important. It’s rich with trimmings for exotic ants to really thrive.

Which is why when an exotic ant was first detected on the island in 2003, eradication efforts kicked off straight away.

The African big-headed ant is an exotic ant where its head is three times the size of its body. It had spread and taken up residence on the island throughout the settlement area, having a devastating impact on the local landscape. The African big-headed ants are listed as one of the 100 worst pests in the world and can readily out-compete and displace native invertebrates, especially native ants.

On Lord Howe Island, these ants caused damage to native landscapes, built super colonies across the island and caused major damage to buildings.

Our very own Ant Man (and team) to the rescue 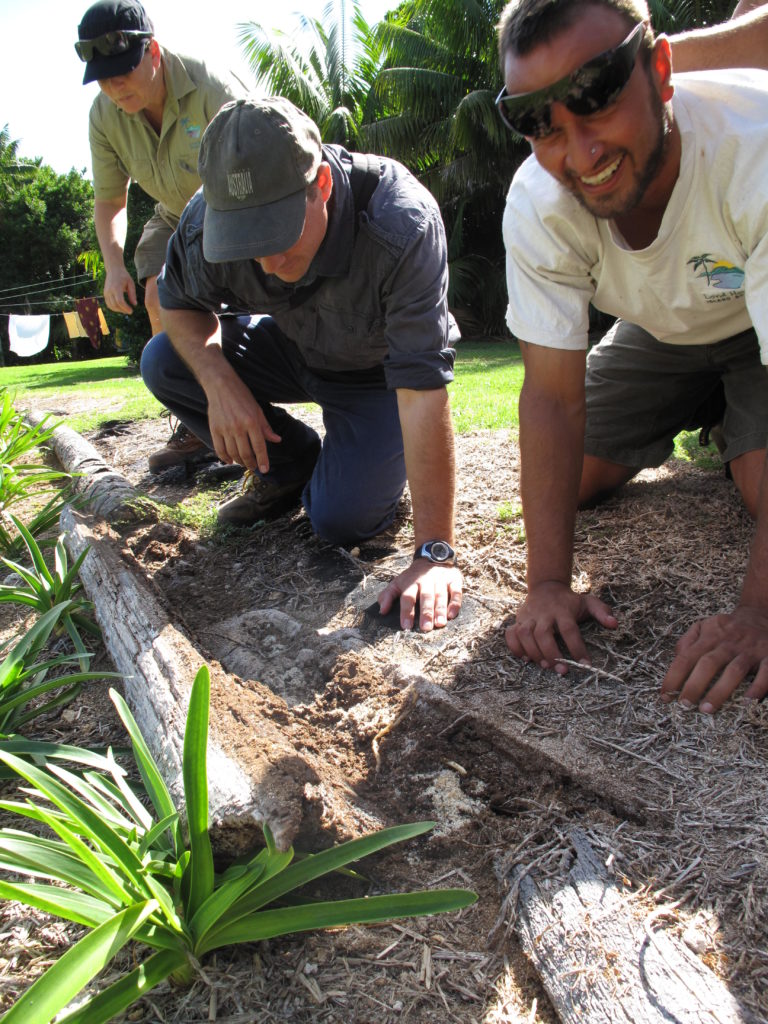 Researchers out in the field looking for the African-big-headed ant on Lord Howe Island.

Trying to track infestations and eradicate ant super colonies requires super human effort because it’s a manually intensive and time consuming process. Precise protocols need to be tested and tweaked to ensure suppression of an exotic species is effective.

Our resident exotic ant-man expert, Dr Ben Hoffman, has dedicated his career to researching the impact of exotic ants on native landscapes all across Australia and the world.

Like the Avengers, it takes a team to fight the good fight and save the world…or in this case, Lord Howe Island. We headed up a team of local rangers and experts to track the African big-headed ant infestations all across the island. They helped set up almost 200,000 lures – which consisted of spoons full of canned pet food – across the island to record the presence of the ant.  Once they were able to identify the location of the ants, they were able to use this data and sophisticated mapping technology to then proceed with eradication efforts.

Thanks to the efforts of this team, three years later the African-big-headed ant was declared eradicated from Lord Howe Island.

Tiny problem with ants? Here’s how we can help.

Previous post:
We asked five experts: are light dairy products better?
Coming up next:
10 things you need to know about collections