We can use Australia's vast energy resources to produce fuels like hydrogen. We're enabling this technology through a new Future Science Platform.

Australia is known for its vast energy resources. We’ve got ample sun, wind, biomass, natural gas and coal, and while these resources can be used effectively on their own, we can also use them to produce other energy sources, like hydrogen.

Why use one energy source to create another? Our future energy mix will consist of many different sources to ensure we have energy when and where it’s needed, in the cleanest form. Through hydrogen, we can effectively create low-emissions energy for our own use, store it for later, or transport it overseas where it’s in demand. It’s a way to use what we already have, but tailored for a particular purpose.

While the majority of hydrogen is currently produced from fossil fuel sources (around 96% at 2014), there is a real opportunity for Australia to produce low or zero emission hydrogen. We live on the continent with the most solar energy coverage in the world, so it makes sense to capitalise!

How can we use hydrogen? Let us count the ways. It can support power generation, transport, food production, agriculture, and more.

One of the most common uses is in fuel cells, combining hydrogen and oxygen to produce electricity, heat, and water. A fuel cell will produce electricity as long as fuel (hydrogen) is supplied. That means no recharging, and no harmful emissions. They are an option for creating heat and electricity for buildings, and electrical power for vehicles. Right now, we’re looking into the feasibility of hydrogen and fuel cells in powering major facilities like the MCG.

One of the bigger challenges with hydrogen is that its low density means that it’s difficult to transport. To get around this, ‘carrier fuels’, like ammonia, can be used to take the hydrogen to where it’s needed. Almost counter-intuitively, ammonia (NH3) has a higher density of hydrogen that pure hydrogen (H2), so it’s a very efficient way to transport the fuel. And we already have much of the infrastructure needed to achieve this, even as an export fuel.

Hydrogen can also carry energy to be used ‘on demand’, perhaps using our existing gas grid as delivery method. The concept of ‘power-to-gas’ means that hydrogen can be injected into the gas grid where it is effectively ‘stored energy’. This could potentially stabilise the fluctuations we encounter when the sun isn’t shining and wind isn’t blowing.

We’re working on a number of technologies to increase the efficiency of hydrogen production, storage, and conversion to a suitable form for export and domestic use. These include inexpensive electrolysers to catalyse renewable production, membranes to extract hydrogen from carrier fuel at point of use and ways to use hydrogen to create synthetic fuels that can replace diesel and gasoline. We also have a laboratory dedicated to testing ‘hybrid energy systems’, whereby two or more energy technologies are combined for overall benefits – hydrogen lends itself particularly well to these systems. 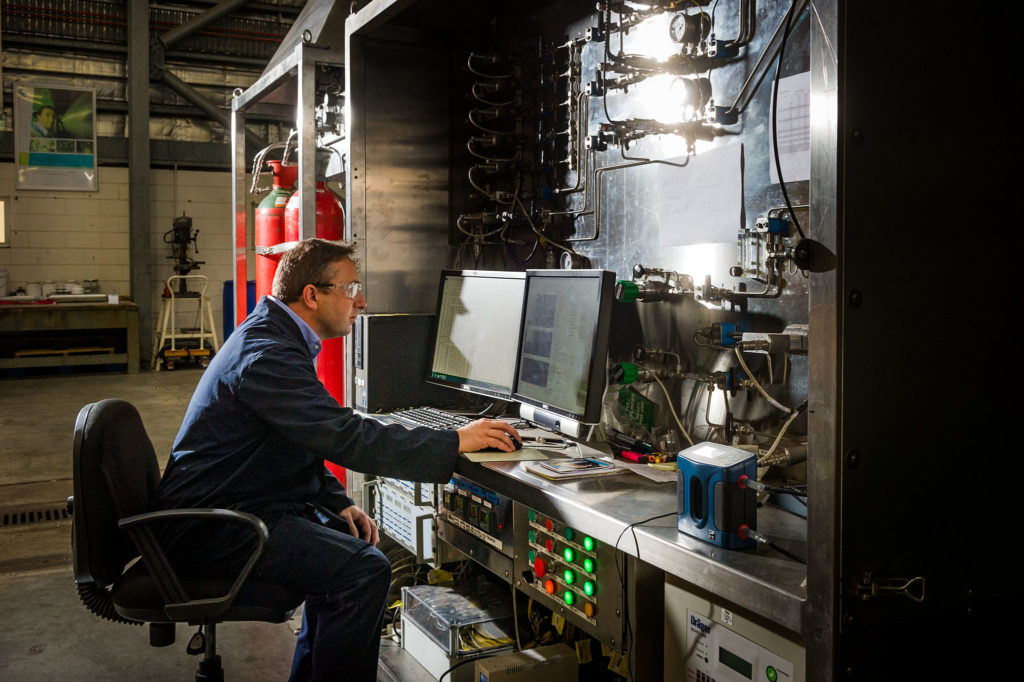 The time is right

Australia is known as a leading exporter of energy resources, but the time is right to take a leadership position in what could be the ‘next big thing’. We can use our rich energy resources to produce hydrogen, either as an export or to be used domestically in transport, power generation and to offset more carbon-intensive processes.

We’re already seeing momentum. The South Australian Energy Plan released earlier in 2017 mentions hydrogen as an area for further investigation. Victoria announced funding for a commercial-scale hydrogen refuelling station for garbage trucks. And further afield, Japan has made clear its intentions for hydrogen to play a major role in powering its Tokyo Olympics in 2020.

While technologies are emerging and converging, what’s needed is a central coordination point, and we’re seeking to do just that through a new Future Science Platform (FSP) focused on Hydrogen Energy Systems. This platform will help us development technologies that allow us to export solar energy, as well as providing low emissions energy solutions for Australians.

From what we’re doing in the lab, to pilot and demonstration scale testing, there’s plenty of activity planned. We’ve also got a strong network of partners and collaborators to support current, practical research and technology initiatives across the hydrogen energy value chain.

Hydrogen and all the rest

From mining automation to the latest in solar thermal, we're pioneering a stack of energy technologies

Previous post:
There’s more to snakes than meets the eye
Coming up next:
Changing face of agribusiness creates new opportunities