As the Great Barrier Reef comes under increasing pressure from the degradation of water quality and climate change, what can we do to protect the world's largest coral reef system for future generations? 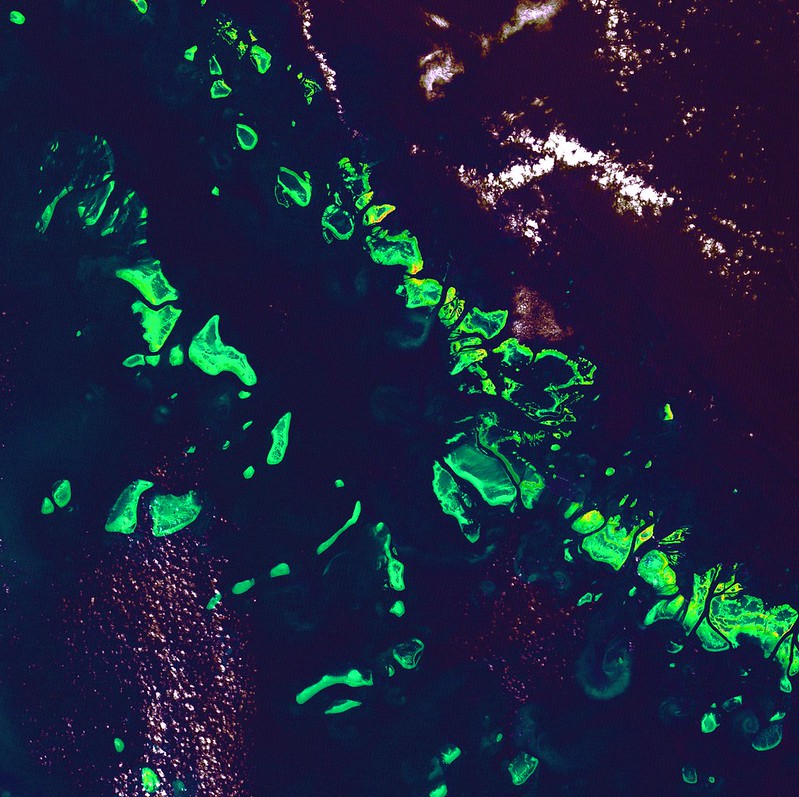 The Great Barrier Reef is made up of thousands of individual reefs. NASA Goddard Space Flight Center/Flickr, CC BY

Those of us who have been fortunate enough to have travelled to spectacular coral reefs marvel at their colour and biodiversity.

Warming water is one of the greatest threats facing the reef in the long term. But what about another consequence of rising carbon dioxide, ocean acidification?

When carbon dioxide dissolves in water it (slightly) increases the water’s acidity, or lowers its pH. This affects the ability of marine creatures such crustaceans, corals and coralline algae to build their skeletons. But exactly how it will affect the whole reef ecosystem is unknown.

In research published in Nature Communications, we mapped parts of the reef that are most exposed to ocean acidification. As you’d expect, there will be some regions more strongly affected than others, indicating where we might focus our efforts to preserve the reef.

What’s more, and perhaps more ominously, as the world’s oceans take up more carbon dioxide, it becomes harder for corals to secrete and maintain their calcium carbonate skeletons. While the exact response remains unknown, at some point thresholds will be reached at which dissolution exceeds calcification, leading to overall coral loss.

But ocean acidification doesn’t affect the whole reef equally. Corals change the chemistry of the seawater around them. In fact, corals are constantly building and dissolving their skeletons, taking up and releasing calcium carbonate into the water, thus increasing or lowering the pH.

The fine balance between these processes changes over the course of the day. Ocean circulation, as well as photosynthesis and respiration of other non-calcifying marine organisms, also determine the overall variability in pH of water above reefs, and therefore a coral’s ability to produce and maintain their structure.

While scientists have researched these effects on individual reefs, how do they play out on the thousands of reefs that make up the entire Great Barrier Reef?

To find the answer we used a new information system developed for the Great Barrier Reef. We found that some inshore reefs experience a lower pH now than is projected for offshore reefs in the future.

Which reefs are most threatened?

On the Great Barrier Reef, the ability for coral to build skeletons tends to decrease towards the coast. This is a consequence of the lower pH, and more nutrients, fresh water and sediment coming from the land. 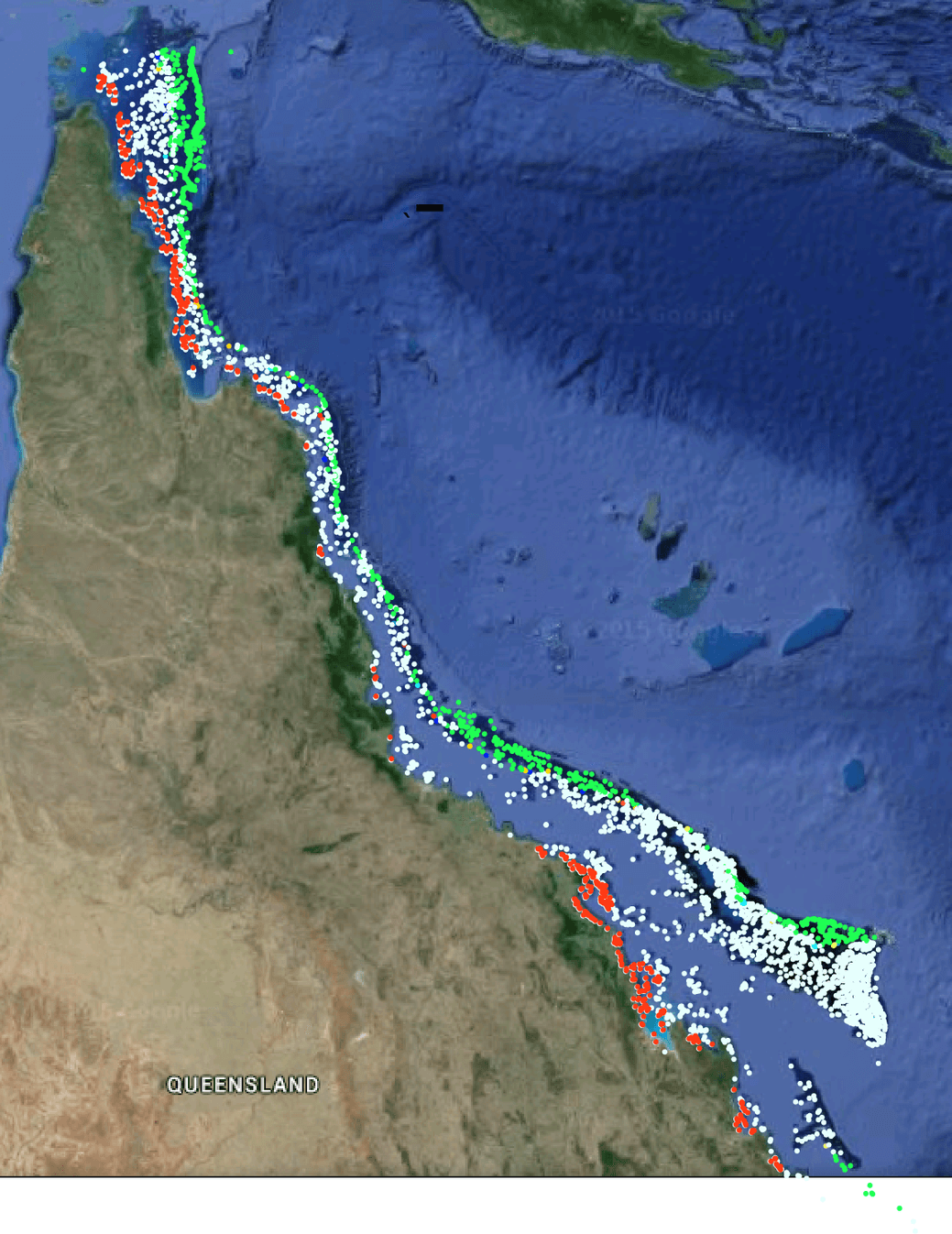 But details of a more complex picture emerged from the study, highlighting the interaction between the thousands of reefs.

The outer reefs generally have Coral Sea water flowing over them, and for a thin band, especially in the north, their ability to build skeletons is actually driven by large scale oceanographic processes. But as the outer reef corals build their skeletons, the water flowing off them has lowered pH (more acidic). Circulation carries this water onto parts of the inner reefs, changing the average pH above their corals.

In other words, good coral health in the outer reefs, especially in the northern and southern regions, creates less favourable conditions for the mid lagoon central reefs.

What can we do?

While atmospheric carbon dioxide concentrations are increasing, focus should shift to conserve parts of the Great Barrier Reef and its corals which can be achieved through changes in the way we manage the reef. The new map of pH on the Great Barrier Reef presents the exposure to ocean acidification on each of the 3,581 reefs, providing managers with the information they need to tailor management to individual reefs.

Thus we see the Great Barrier Reef is not a singular reef nor a physical barrier that prevents exchange between reefs; it is a mixture of thousands of productive reefs and shallow areas lying on a continental shelf with complex oceanic circulation.

We cannot treat the Great Barrier Reef as one entity. We cannot summarise the impact of global ocean acidification as one number, and we cannot have one management strategy (aside from cutting global carbon emissions) to protect it.

Previous post:
A blast from the past: Double Helix celebrates 30 years of science for kids
Coming up next:
Using fast radio bursts to weigh the Universe