A blast from the past: Double Helix celebrates 30 years of science for kids

A blast from the past: Double Helix celebrates 30 years of science for kids

First edition of the Double Helix newsletter from 1986

It’s one small step for CSIRO but one giant leap for kids across Australia.

At a time where Top Gun was the highest grossing film on the planet, Neighbours was just making its debut, and Bob Hawke was Australia’s Prime Minister, we were communicating science to kids via Double Helix.

Although Double Helix is a magazine today, we started as a science club back in February 1986. Our first newsletter recommended the best time and place to view Halley’s Comet in the sky and updated the young scientists of the mid-80s on the progress of NASA’s Voyager Spacecraft. And we’ve been encouraging them to be over-the-moon about science ever since.

Times changed, and so did Double Helix – as evidenced by this slick video we made in the 90s. We hear that it was ‘all that and a bag of chips’ at the time.

And it’s not just the fashions that have moved on (thank goodness): 3D printing, the first images of Pluto and Wi-Fi, it’s safe to say a fair bit has changed in the science world since we first started sharing our science with kids.

But one thing that has remained constant is the fact that Double Helix is still written by experts and offers fascinating and fun articles designed to get children interested in science, maths, engineering and technology.

As we write this blog on our modern computational devices, we are reminded of the first laptop computer that IBM released, back when we started Double Helix, and we think how different it must have been back then, and how far technology has come since.

So we think it’s fitting that Double Helix magazine celebrates 30 years of science for kids by looking at one of the great modern marvels of technology: wearable technology. In this issue we look at the powerful computers we strap to our wrists, in the form of smartwatches, and a backpack that can charge your devices while you walk.

Many of the scientists who call CSIRO home or those who have moved to other top research institutions around Australia and the world started their obsession with science thanks to Double Helix. In fact, our magazine editor Jasmine was in the Double Helix science club when she was a kid – and she still has her club card! 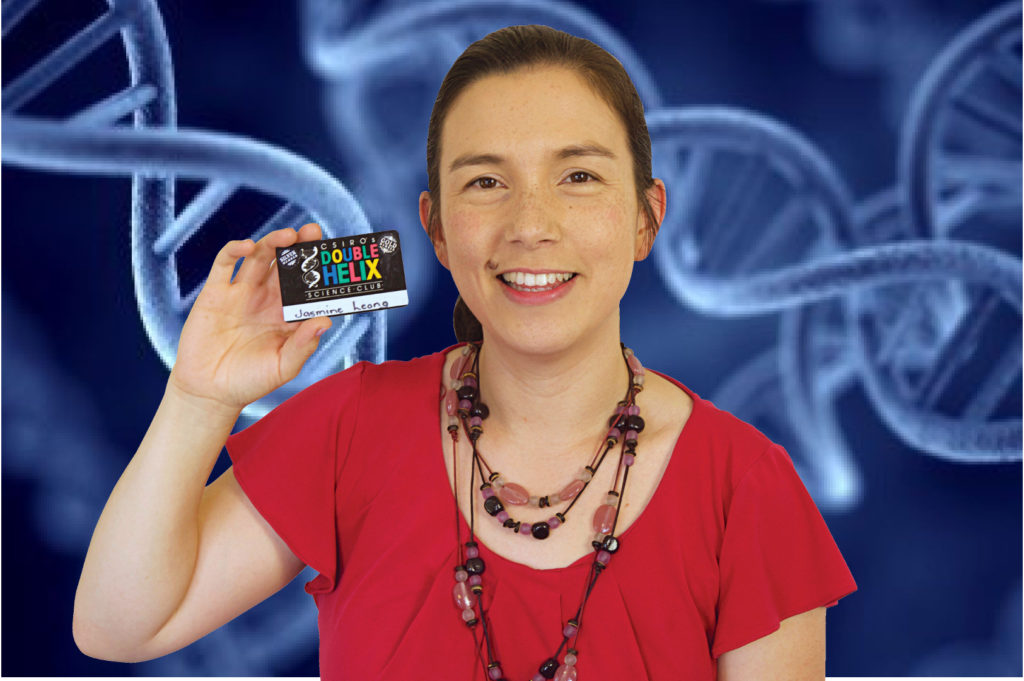 So for science that isn’t over your head (but kind of is when it’s about space!) head on over and subscribe to Double Helix, for yourself, your friends or maybe your kids.

And don’t forget to share your favourite Double Helix memories with us below. We’ll choose the best memory to receive a free subscription! (Details below)

Previous post:
FactCheck: do Australians with an average seafood diet ingest 11,000 pieces of plastic a year?
Coming up next:
The Great Barrier Reef faces a mixed future in acidifying oceans