What will our cities look like in the future?

What will our cities look like in the future?

We asked world-renowned cities guru Professor Mike Batty how science and technology can contribute to the liveable and resilient cities of the future. 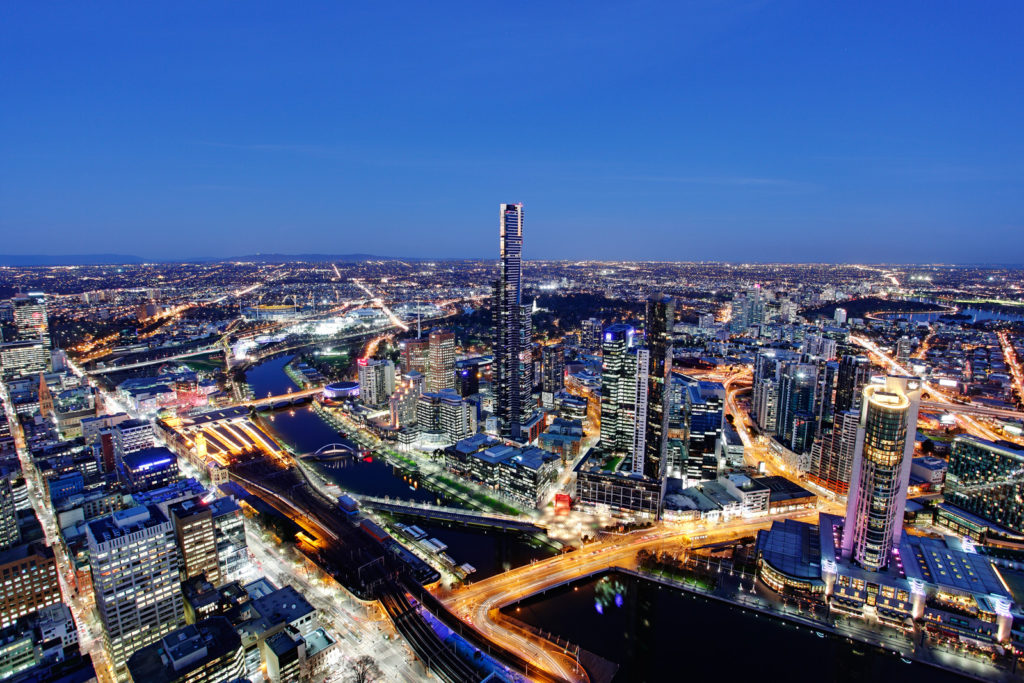 Cities such as Melbourne, pictured, are getting more complicated and complex as they evolve. Image credit: fir0002 | flagstaffotos.com.au

Two weeks, three major destinations and a whole lotta talk about planning more liveable and resilient cities for the future. That was the brief for world-renowned cities guru Professor Mike Batty who was our distinguished guest scientist last month. 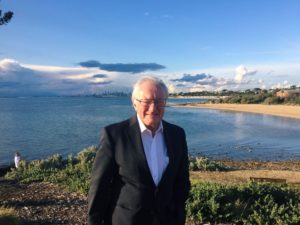 Greg Foliente: Welcome back to Melbourne! You may have heard that our federal government has appointed a Minister for Cities and the Built Environment. What do you think are the greatest opportunities for this ministry?

Professor Mike Batty: In the last ten years, the idea that cities are the motors of the economy has come to the fore, as it has become clear this is where a lot of the inventive talent is being attracted. Moreover, if we want to address the climate change problem a major focus must be in our cities, concerning the way we travel and use up precious resources. So in some sense, a Minister for Cities has never been more important. There’s a great opportunity for this ministry to make sure that good economic development, which leads to a sustainable future and a better quality of life, is possible and realisable for all. In fact most of our national problems are solvable only in cities.

GF: Transport has been identified as one of the great challenges of urban planning and governance. What are your thoughts on this?

MB: We have the opportunity now to provide much more efficient and high quality transport services by using new information technologies to schedule things better, to inform passengers and drivers, and to provide a much more integrated and quality travel experience.

Transport needs to be coordinated with the provision of good infrastructure while at the same time endorsing the green agenda. Introducing new transport modes such as public bikes is important but making cities more walkable is probably more important. Resolving the conflicts between bikes and pedestrians as well as bikes and cars and finally, cars and pedestrians is an essential part of this thinking.

GF: You’ve written pioneering books on complexity and cities, and the new science of cities. How could science help make our cities resilient for the 21st century?

MB: I think there are ways in which new science will predict pressure points in our growing cities. At this point we could engage with policy makers to make our cities better. My dream would be a science that showed us how to intervene, much less obtrusively, through the processes which cities evolve – then we would be making progress. So to me, a good science of cities should enable us to identify problems more clearly and devise strategies and policies that would be much less intrusive. ‘Less is more’, as Ludwig Mies van der Rohe said in 1947 about good architecture, and that is the mantra we must strive to in building a good science of cities. 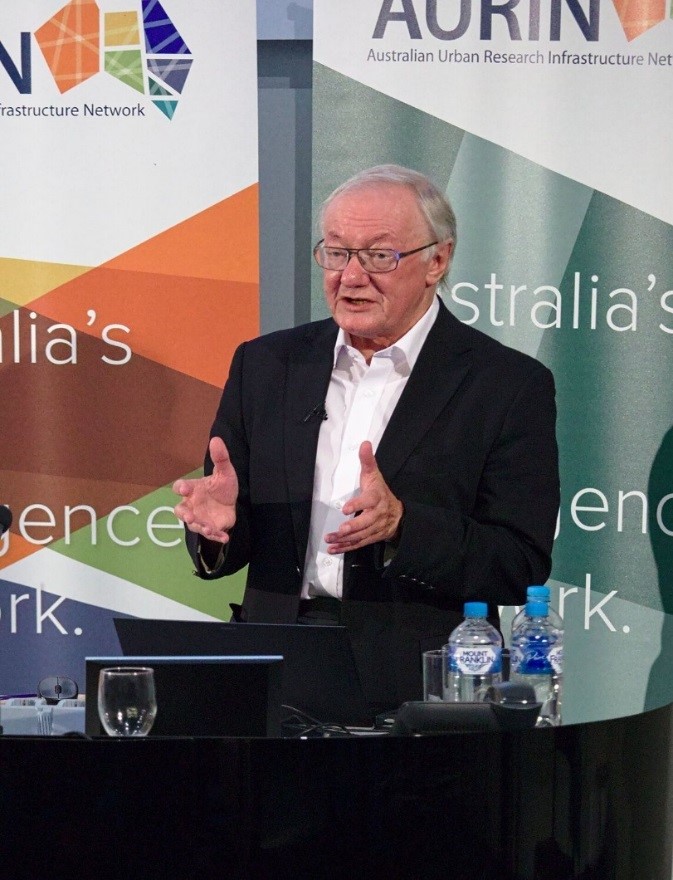 In action: Professor Mike Batty during the AURIN Lecture at the University of Melbourne.

GF: Cities themselves and our behaviours within are changing dramatically. How can we make sure that science keeps up?

MB: Frankly I don’t think there is any other way than to collect the most detailed data we have on what happens at the finest level, the household and individual level, and then to assemble the bigger picture. We need to scale up this data collection to entire communities and cities. We simply don’t know enough about what is happening.

Some of the massive changes in modern cities are largely unrecorded. Let me take my own city London. Now every time I travel late at night from my office in Bloomsbury to the City, which is a short four stop journey on the tube, I marvel at the diversity. I am by far the oldest and very often I am the only person on the train talking in English. Now what this is saying is that many people on the train are from other parts of the world– they may be working in London or they may be tourists but my point is that we will never understand how London works until we get data at this level on what they are doing. We simply don’t know how many people come into the city or leave daily. We don’t know what demand they place on services and how this demand is changing daily.

So to understand the micro-dynamics of the cities we need much better data. I know there are confidentiality issues in all this and there are important resource limitations, but we still need some way to get this kind of data.

GF: What would you say to the new generation of urban researchers to encourage them to progress the science of cities?

MB: My advice to young researchers is to think outside the box. To think of the implications of this new science and new data beyond mere technical considerations, to think about the impact of technology on modern and future society and economy. The broader picture of what is happening in cities and the world is essential in guiding our science.

Previous post:
How can I get on board RV Investigator?!
Coming up next:
Giving you the shirts off our back (sort of)