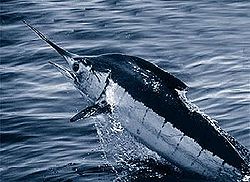 Blue Marlin: This week a blue marlin washed up on a suburban Adelaide beach. It is thought this is the first time a marlin has been found in the cool waters of Gulf St Vincent where Adelaide sits.

Scientists from the South Australian Research and Development Institute think the fish took a wrong turn at Kangaroo Island and ended up in the Gulf.

They also think that the 3.2m long, 250kg marlin swan along the WA and SA coasts in the warm Leeuwin Current which at this time of year flows down the WA coast and around into the Great Australian Bight.

Below is a picture of the current (red turning to yellow and green as it cools) whipping around the bottom of WA. The second image shows the SA coast with the relatively warm water flowing around Kangaroo Island. 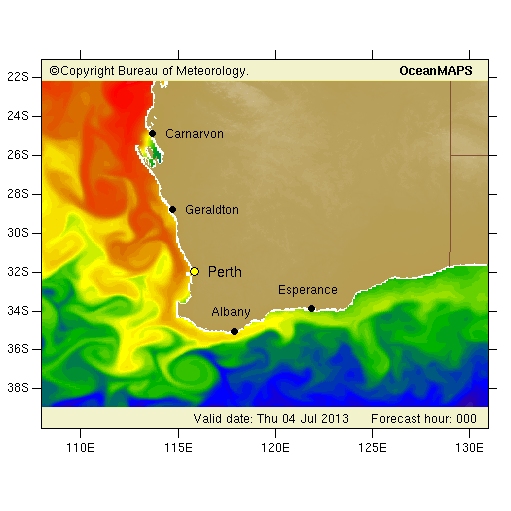 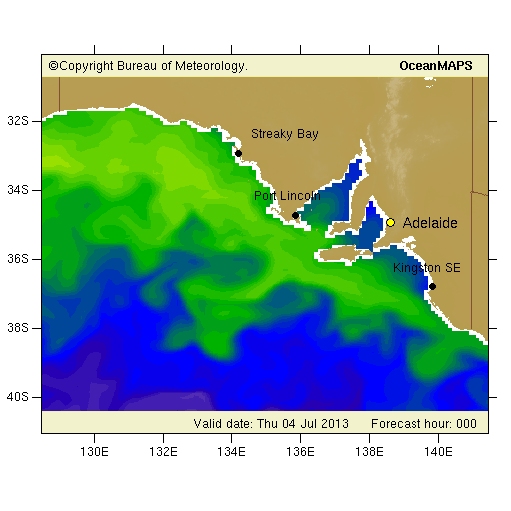 Anyway, back to the blue marlin. There is a debate going on about the classification of the Atlantic blue marlin and the

Indo-Pacific blue marlin (Makaira mazara) as separate species. Genetic data seems to show that although the two groups are isolated from each other they are both the same.

The blue marlin spends most of its life in the open sea far from land and preys on a wide variety of marine life and often uses its long bill to stun or injure its prey.

Females can grow up to four times the weight of males and the maximum published weight is 818kg and 5m long.

Blue marlin, like other billfish can rapidly change color, an effect created by pigment-containing iridophores and light-reflecting skin cells. Mostly they have a blue-black body on top with a silvery white underside.

Females can spawn up to four times in one season and release over seven million eggs at once. Males may live for 18 years, and females up to 27. 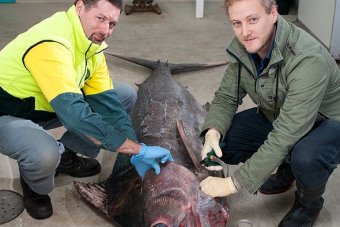