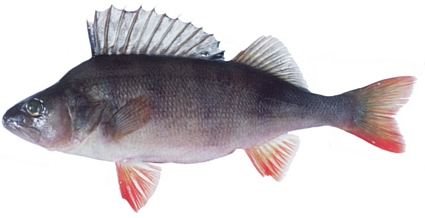 REDFIN: Also known as the English Perch, these blighters were introduced from England in the 1860s for angling and are now right across NSW, ACT, Victoria, Tasmania, south-eastern South Australia and the south-western corner of Western Australia.

They are a good fighting fish for anglers and they taste OK. One of the major problems with them is they are predators of other fish and invertebrates and if left unchecked in enclosed waters – can smother out other species. Added to that they carry a rather nasty virus which will knock off other fish.

So it is little wonder they were declared a Class 1 noxious species in NSW in 2010. That means you can’t keep them in an aquarium, garden pond or farm dam and they must be “destroyed”. Selling them is also a no, no. Fines of up to $5500 for an individual or $11000 for a corporation are on the cards if you decide to break the rules. Other States also have these fish in their sights.

They can grow up to about to 60cm in length and weight around 10kg. They like still or slow-flowing waters such as lakes, dams, billabongs etc.

Like other introduced species they are pretty good at reproducing:

Previous post:
Who’s ya daddy?
Coming up next:
A whole new world of research possibilities for atmospheric scientists