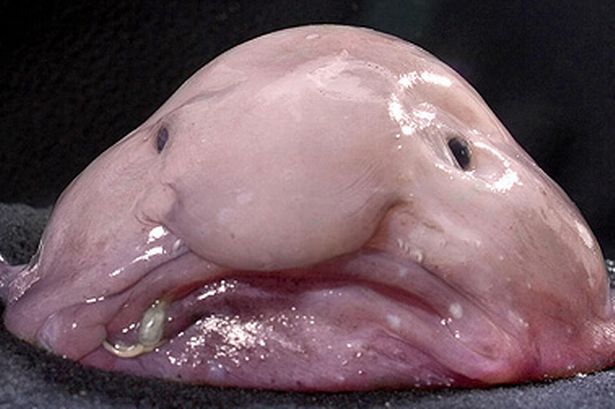 It’s a face only a mother-blobfish could love.

The raw ugliness of the blobfish is now award-winning. The unfortunate appearance of the fish, a.k.a. Mr Blobby, has been honoured with the critter winning the Ugly Animal Preservation Society’s ugliest animal competition.

Please, hold back your disgust as we take a moment to let you know where on Earth the blobfish comes from (there is some science and research behind this horrific facade). Mr Blobby is psychrolutid fish (family Psychrolutidae). Fishes in this family are called the fathead sculpins. Yes, fathead. The ‘fathead sculpins’ refers to the large, globular head and ‘floppy’ skin that is typical of these fishes. They inhabit the deep waters off the coasts of mainland Australia and New Zealand.

Mr Blobby was found off the coast of New Zealand, at a depth between 1013 and 1340 metres, on a NORFANZ voyage in 2003. Scientists on board affectionately named him Mr Blobby. The voyage was a collaboration between CSIRO,  New Zealand National Institute of Water and Atmospheric Research (NIWA), and the then Department of Heritage. Scientists from eleven museums and state departments around Australia, New Zealand and the world hopped on board the NIWA deep-sea research vessel, the R.V. Tangaroa for the voyage. Other than Mr Blobby, they came back with quite a bounty of deep sea critters you can check out here. 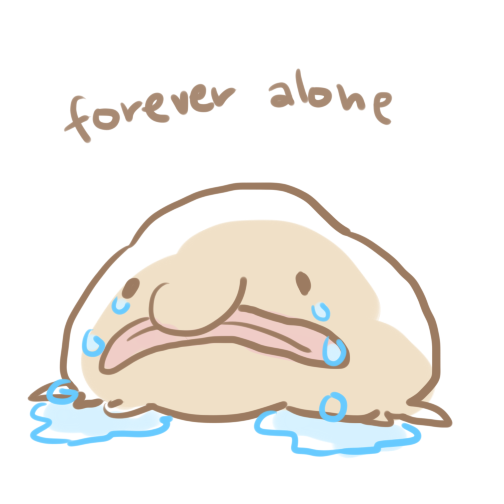 As for the blobfish, it now resides in the Australian Museum Ichthyology Collection. It was initially fixed in formaldehyde and is now preserved in 70% ethyl alcohol. According to the Museum, the fixation process has ‘tightened’ Mr Blobby’s skin so his ‘nose’ has shrunk and he no longer retains his ‘cute’ look. We’ll leave you to form your own conclusions about ethanol and the demise of ‘cute’ looks.

While his nose may have shrunk, the blobfish was still hot enough property that it passed off as a slimy lump of an alien in Men in Black 3. Seriously, watch the short clip below.

After reaching global stardom, the Australian Museum set up Mr Blobby’s own Facebook page and Twitter account. You can even buy a blobfish T-shirt in every colour of the rainbow. And you know you’ve really hit the big time when the Australian news outlets claim the New Zealand caught fish as ‘our own’.

After much success, it seems unfair that the blobfish has been named the world’s ugliest animal. In an animal kingdom with baby panda bears, fluffy ducklings and labradoodles, it’s certainly difficult to be adorable. The Ugly Animal Preservation Society said “It’s a light-hearted way to make people think about conservation,” for ugly animals too.

Beauty is, of course, in the eye of the beholder. While the public vote may not agree, we want the blobfish to know that we still think you’re beautiful. Beautiful in your own, unique, blobby way.

Previous post:
Voyager 1 reaches interstellar space
Coming up next:
Is Friday the 13th really that unlucky?