Our scientists are leading the nation’s first ever national game of cat and mouse, and we want you to join in the fun. 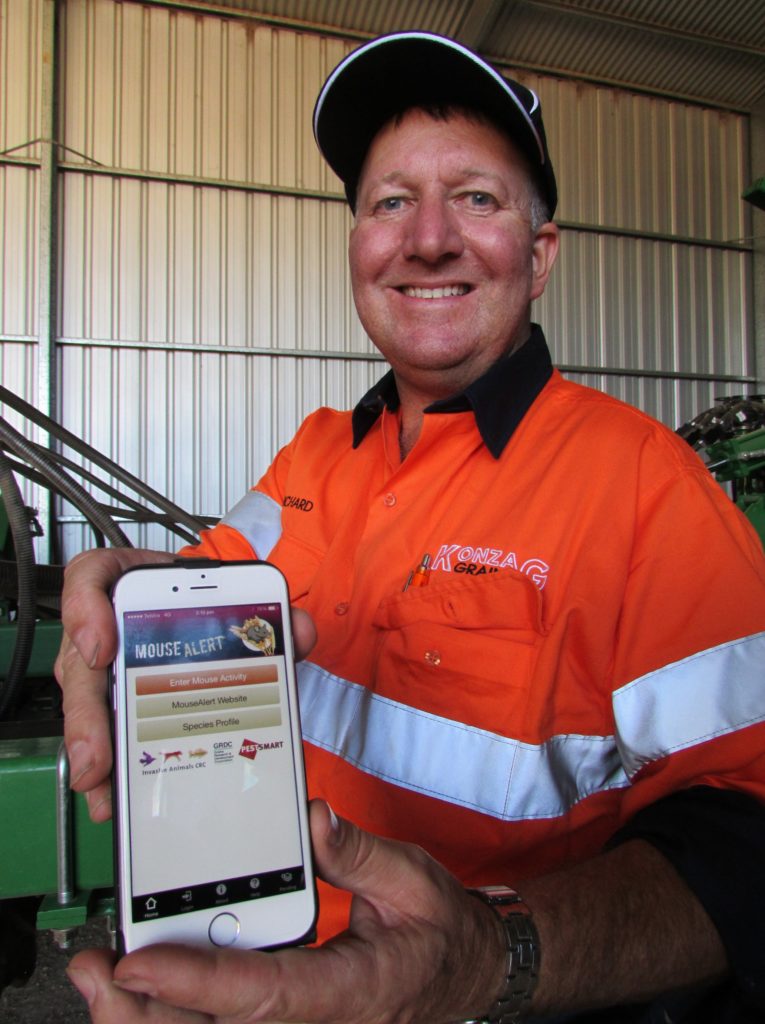 Grain grower Richard Konzag, of Mallala in South Australia, says recording information about mouse numbers and activity on his property via the MouseAlert app was a simple but important exercise. Image credit: Grains Research and Development Corporation

Our scientists are leading the nation’s first ever national game of cat and mouse, and we want you to join in the fun. Taking place this week, farmers and advisers throughout Australia’s grain-growing regions are being asked to get involved in the nation’s first ever Mouse Census Week by assessing mouse activity on their farms.

The census is taking place before seeding of winter crops – a critical time for locating mouse “hot spots” and determining whether numbers are at levels that could pose a risk to newly-sown crops. Farmers can record mouse activity via MouseAlert – a website and recently-released App aimed at improving early warning of possible plagues and rapid response to increases in mouse activity.

This video shows the sort of problem we are up against (and a warning, it’s not pretty):

We know from our own routine monitoring that mouse activity is currently low in Victoria and New South Wales, but has increased in South Australia with higher than normal abundance in some regions.

We now need farmers and agronomists to confirm this information for us on a much broader scale than we have ever been able to work before. Mouse Census Week will provide us, farmers, the grains industry and other researchers with an unprecedented bank of data about mouse activity in agricultural areas.

But we still need your help to keep up.  To make MouseAlert truly effective, we need farmers to give it a go – for their benefit and that of their farming neighbours. We encourage everyone to get involved and help us help you to get on the front foot and be better prepared before mouse numbers explode and damage occurs.

Farmers can download the new MouseAlert App ,which is part of the FeralScan phone App available in the iTunes store.

The mouse-monitoring programs are funded by the Grains Research and Development Corporation in collaboration with Landcare Research New Zealand, CSIRO and NSW Department of Primary Industries through the Invasive Animals CRC.

Previous post:
African cassava whitefly: getting to the root of the problem
Coming up next:
Farming carbon can be a win for wildlife, if the price is right