Farming carbon can be a win for wildlife, if the price is right

Farming carbon can be a win for wildlife, if the price is right

Farmers and landholders will be able to apply for payments through the Federal government’s A$2.55 billion Emissions Reduction Fund this week. Our analysis shows that Australia’s climate policies could have a significant impact on biodiversity – if we think carefully about the right approach, price and location. 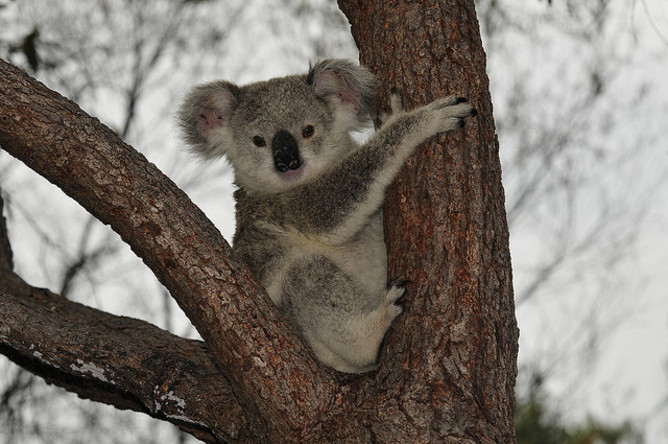 Koalas are one of the threatened species that could benefit from carbon farming. christopher charles/Flickr, CC BY-NC-SA

Climate change and the loss of biodiversity are two of the greatest environmental issues of our time. Is it possible to address both of those problems at once?

In Australia, farmers and landholders will this week be able to apply for payments through the Federal government’s A$2.55 billion Emissions Reduction Fund. Bidders can request funding for projects that reduce emissions using agreed methods, which include approaches relevant to the transport, waste and mining sectors, as well as the land sector: for example, by managing or restoring forests.

Forests hold carbon in vegetation and soils and provide important habitat for native wildlife. Restoring forests in areas where they have been cleared in the past could be good for the climate, good for biodiversity, and generate additional income for landholders.

How well the Emissions Reduction Fund can achieve these benefits will depend on three things: the right approach, the right price, and the right location.

There are a range of approaches available for restoring forests, and they vary in how quickly carbon can be sequestered, cost, and suitability for wildlife.

For example, fast-growing monocultures such as blue gum plantations can sequester carbon very rapidly, but don’t provide ideal habitat for wildlife. Planting a diversity of native trees and shrubs using an approach called environmental plantings is far more wildlife-friendly, but the costs are higher, and carbon is not stored as quickly.

A third possible approach is to assist the natural regeneration of vegetation. This can be done by fencing off cattle or by ceasing on-farm practises such as burning or disturbance with machinery. Assisted natural regeneration is the cheapest of these three possible methods, and is also good for biodiversity: our recent paper found that it could be a great option for restoring forests in agricultural landscapes across Queensland and northern New South Wales.

Across Australia, there are a number of places where growing carbon could be a more profitable option than the current land use. Some of these places are more important for biodiversity than others.

If we’re interested in getting some wins for biodiversity while growing carbon forests, we need to think carefully about the possible opportunities and trade-offs, as the best places for sequestering carbon are not always the most beneficial for biodiversity, and vice versa.

In our recent paper, we found that it is possible to identify where growing forests could provide win-wins for both carbon and biodiversity.

For example, the top 25% of priority areas for environmental plantings could sequester 132 million tonnes of CO2 equivalent annually, which is almost a quarter of Australia’s annual emissions (excluding those caused by land-use change).

Restoring parts of the landscape with these ecosystems is a high priority for biodiversity – not only are the ecosystems rare, but many of the birds and animals that depend on these ecosystems are those that are most threatened. For example the brigalow woodlands of south east Queensland, of which less than 10% remain, are home to nationally threatened koalas and a host of other wildlife.

It will generally be more expensive to grow carbon forests that also provide benefits for biodiversity. This is because the places most profitable for land uses such as agriculture are often where the most threatened species and ecosystems are located.

In our analysis, we found that with a price on carbon equivalent to A$5 per tonne, it would not be profitable to restore threatened ecosystems up to 30% of their original extent. This means that without additional funding from another source, there is limited opportunity to achieve wins for biodiversity if the price on carbon is low.

However, a higher price of A$20 per tonne, reflecting Australia’s 2011-2013 carbon price, could allow up to half of the heavily cleared vegetation types to be restored up to 30% without any additional funding for biodiversity itself. At this A$20 price, we also found that it made more economic sense to farm carbon than the existing land use, in over 1.2 million hectares in Queensland.

This week’s Emissions Reduction Fund auction will be a good first test of how the current approach to carbon farming can provide the dual benefit of restoring habitat for native wildlife and addressing climate change. Our analysis shows that Australia’s climate policies could have a very significant impact on biodiversity – if we think carefully about the right approach, price, and location.