Breakthrough Listen is the greatest search for ET (extraterrestrial life) in human history, but one that has so far proved elusive. 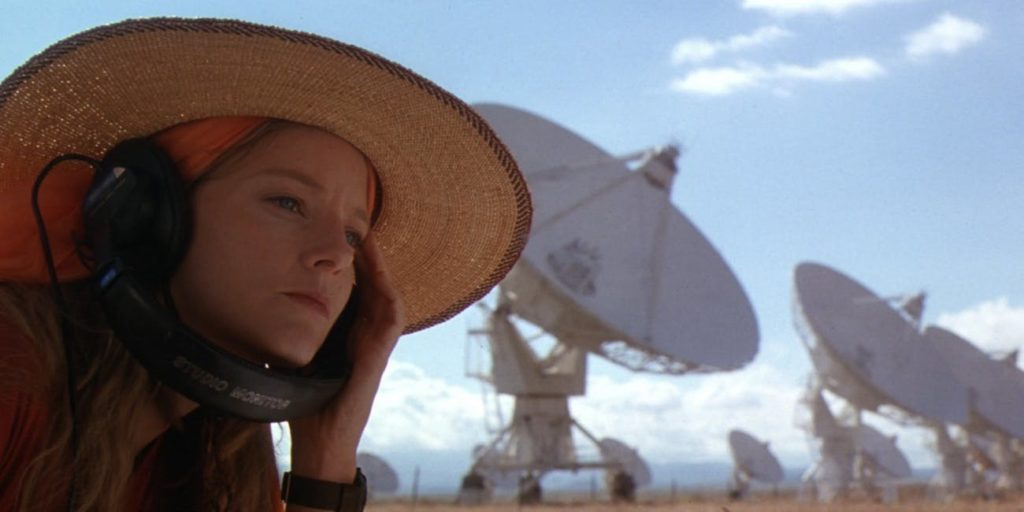 In the film Contact, Jodie Foster races to interpret a possible message from extraterrestrial life originating from the Vega star system.

“If we fail, we learn something of the rarity of intelligent life…. and if we succeed, we hit the cosmic jackpot. There’s no greater discovery you can imagine,” Dr Ellie Arroway (Jodie Foster) in the film Contact, by Carl Sagan.

Are we alone? It’s a question that remains unanswered, after the first three years of Breakthrough Listen, a global project with the core focus of searching for extraterrestrial intelligence (SETI).

Since 2016 our researchers, along with University of California, Berkeley and Swinburne University, have been combing thousands of nearby stars. Using Australia’s iconic ‘Dish’ at Parkes and the Green Bank radio telescope in West Virginia they’re striving to answer one of science’s most profound questions.

Finding a needle in a haystack

It’s the greatest search for ET in human history, but one that has so far proved elusive.

Headquartered at the UC Berkeley, the Breakthrough Listen team have used cutting edge techniques to hunt for so-called ‘technosignatures’—evidence of technology (such as radio transmitters or propulsion devices, like a rocket launcher) that may indicate intelligent life.

For three years the scientists have been scanning billions of radio channels looking for signals that cannot be naturally explained. After a painstakingly stringent vetting process, the few surviving signals of interest proved to be outliers; human-generated radio interference that slipped through the first filter.

The observable Universe is 13.7 billion light years across, compared to 0.04 light seconds for Earth. Given the unfathomably small proportion of the Universe that is occupied by Earth, there is something of an absurdity to the notion that life doesn’t exist elsewhere. To give these numbers some context, picture planet Earth in all its beauty, teeming with life. Now imagine that life on Earth only existed in an area the size of a pinprick. And you begin to gauge the magnitude of the existential quandary. 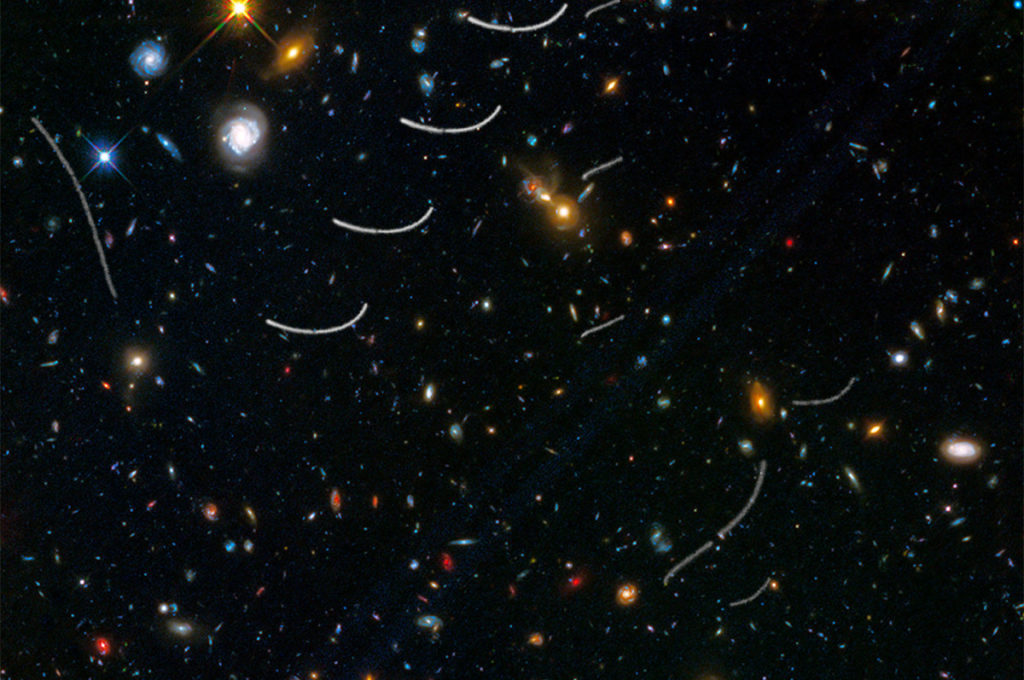 The shot from NASA’s Hubble Space Telescope shows the magnitude of the Universe. This one snapshot shows thousands of galaxies, including massive yellowish ellipticals and majestic blue spirals. Much smaller, fragmentary blue galaxies are sprinkled throughout the image. The reddest objects are most likely the farthest galaxies. Asteroid trails appear as curved or S-shaped streaks. Image: NASA

The size of the Universe allows for the possibility of other intelligent life, so where is everybody?

“We know there are tens of billions of places in our Galaxy alone that appear to be similar to Earth in their potential for life,” said UC Berkeley’s Dr Steve Croft, astronomer with the Breakthrough project.

“But even where the conditions and ingredients are right, we don’t know whether life is common or exceptionally rare.

“One thing’s for sure—for the Universe to have produced just one example of intelligence, rather than zero or many, would be rather odd. So we’re cautiously optimistic that the search will succeed.”

What happens if we find a signal of life outside Earth?

The first step after we detect a candidate signal is to confirm it exists, using an independent telescope and research group.

“Once it’s unambiguously determined to be extraterrestrial, we would announce the results and share them with the world,” said UC Berkeley’s Dr Danny Price, astronomer with the Breakthrough project.

“A signal could be a simple ‘hello’, telling us that there are indeed other inhabited worlds, or it may contain information for us to interpret. In the latter case, we have no way of knowing how easy the interpretation might be.

The Parkes radio telescope is being used as a part of the Breakthrough Project, to search of life outside Earth. Image: Wayne England

Satellite TV, artificial limbs, adjustable smoke detectors, tyres; the list of technologies created during the space race is long and varied. And often cited as its most profound benefits.

The Breakthrough Listen project is also focused on scientific advancement in other areas.

“We’ve developed techniques that have helped us understand astrophysical phenomena like fast radio bursts. We’ve built deep learning algorithms that could be applied in areas such as wireless communications. And we’ve trained dozens of undergraduate researchers in the tools and techniques that we use,” Dr Croft said.

The team have also released a huge amount of publicly-available data to encourage active participation in the search.

Spin-off benefits aside, after 36 months of quiet the team could be forgiven for feeling a hint of  despondency. And a desire to turn to a more traditional form of astronomy as a sort of a scientific ‘chicken soup’.

“Curiosity about our origins and place in the Universe compels us to search”, said Dr Croft.

“The amount of space, the variety of possible formats, the vastness of time, and the ranges of frequencies to be searched are enormous.

“But just like biologists looking for elusive snow leopards in the Himalayas, we must be patient and thorough. We may find the signal we seek tomorrow, or next year, or never, but as we continue to expand our capabilities the chances of a detection only continue to increase.”

Results from the first three years of Breakthrough Listen have been submitted for publication in Astrophysical Journal.

ET? Are you there? Listen out for more on the Breakthrough Listen project

Previous post:
What kind of country will Australia be in 2060?
Coming up next:
Moonwalk your way to The Dish