Our marine biologists are using environmental DNA (eDNA), fragments of DNA shed by fish into the marine environment, to detect tropical fish species in Australia. 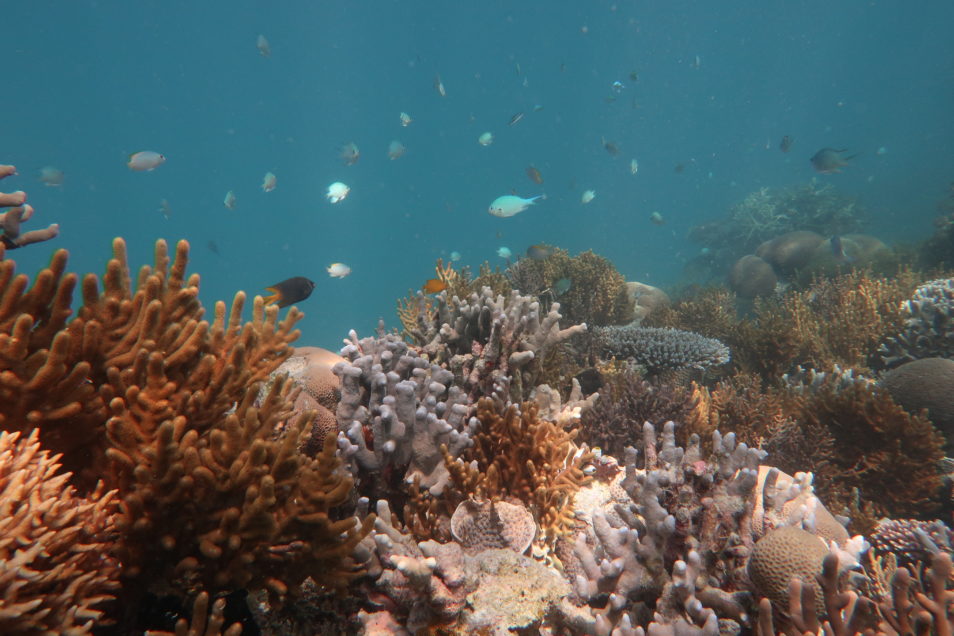 We carried out one of the largest field trials of eDNA sampling techniques for fishes in Ashmore Reef Marine Park.

Hidden from view and moving quickly, how do we count the fish in the sea?

“We could haul them out of the water, go diving or spend hundreds of hours watching underwater video footage,” our marine biologist Dr Cindy Bessey said. “But instead we’re using eDNA.”

Future science for the marine environment

eDNA is short for environmental DNA. Like the skin cells we might leave at the scene of a crime, animals in the ocean shed cells and fragments of DNA into the water. We can collect water samples, extract the DNA present and use ‘barcoding’ to identify the species present.

Barcoding is a global scientific project that provides a DNA barcode, a unique sequence of DNA, for each different species. One day there’ll be a barcode available for every known species on Earth. We are working hard to barcode important species of fishes, plants and insects.

Teams of scientists around the world have been testing whether eDNA is a reliable way to monitor marine biodiversity.

A trip to Browse Island

Browse Island lies to the north-west of Australia. It is a sandy limestone cay surrounded by coral reef.

“We did a baseline survey of the fish species of Browse Island,” Cindy said. “But we weren’t able to enter the water due the remoteness of this beautiful island.”

“To count the fish species present, we compared our eDNA methods with more conventional methods, like filming fishes underwater. I collected eDNA from sea water by filtering the water across membranes. Back in the lab I extracted the eDNA from the membranes. Then I sequenced it and cross-referenced it against known DNA sequences of different fish species.”

What was the result?

Cindy watched 100 hours of underwater video footage recorded over two years. From this she detected 99 species of tropical fishes in the waters of Browse Island. The combined effort of multiple studies, researchers and approaches detected 200 species.

“We detected 209 tropical fish species by sampling eDNA in the water at two locations of the island in just one trip,” Cindy said. “But we showed that the volume of water filtered can have a direct effect on the diversity of fish detected. This is really important if eDNA will be used for surveying biodiversity.” 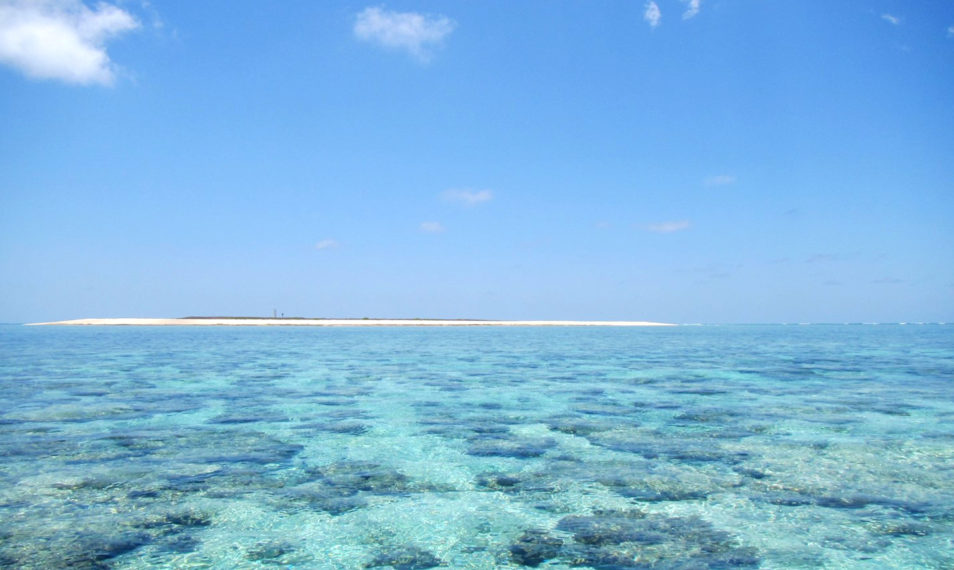 We detected 209 tropical fish species by sampling eDNA in the waters of Browse Island.

The fishes and sea snakes of Ashmore Reef

Biodiversity hotspot Ashmore Reef also lies to the north-west of Western Australia. We are working with Parks Australia to help protect this remote Marine Park.

“Here we used eDNA to survey fishes and sea snakes in the reef and lagoons throughout the Marine Park,” Cindy said.

Dressed like ghostbusters, Cindy and her team wore backpacks to pump and filter eDNA from seawater. They sampled about 110 sites, filtering almost three quarters of a tonne of water. At the same time divers counted fishes and invertebrates and took photos underwater.

“We wanted to filter the maximum amount of water that was practically possible to sample. And to have multiple replicates for each site,” Cindy said. 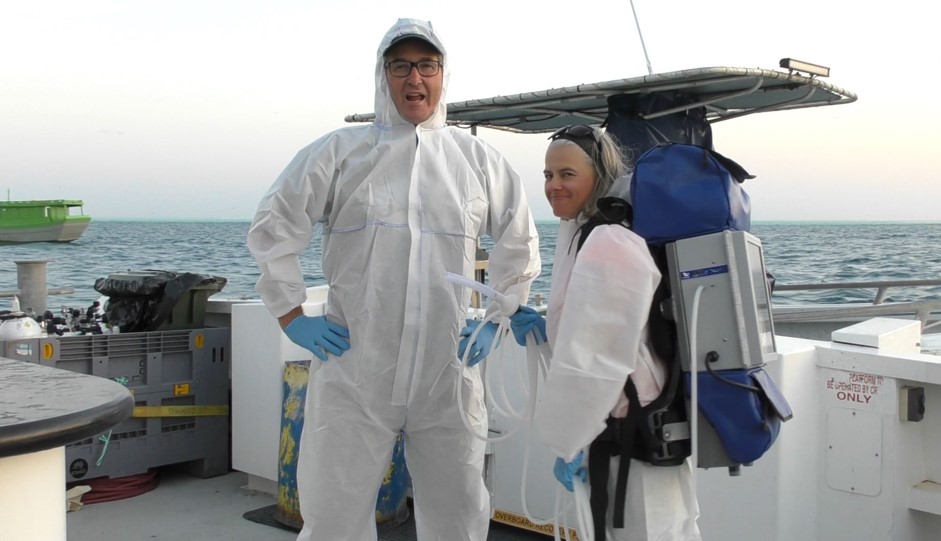 Ghostbusters filtering eDNA from the ocean.

“Our work on Ashmore Reef is one of the most extensive and thorough eDNA studies of its kind,” Cindy said. “It led us to ask a question… what if we didn’t have to filter water?”

Cindy’s team is now working on a quick and simple way of sampling eDNA from seawater that doesn’t involve dressing like a ghostbuster. Will it work?

“That’s a mystery yet to be revealed,” she said.

Find out more about our Environomics Future Science Platform.