Eucalypts are an Australian icon. Here on our beautiful wide brown land Australia, there are almost 1000 native eucalypt species. 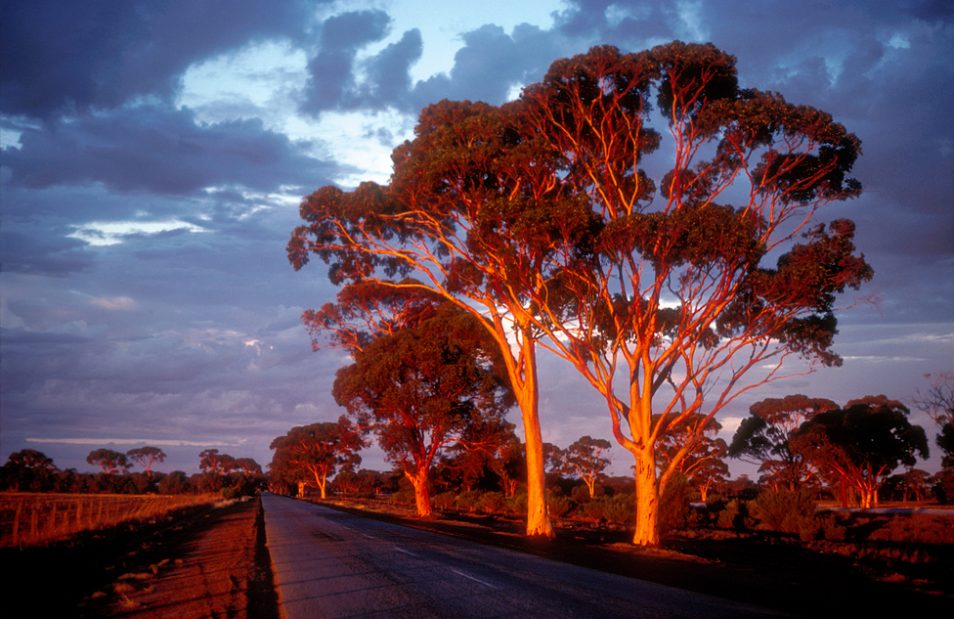 Salmon Gums at sunset in the Western Australian wheatbelt near Bruce Rock.

Our beautiful wide brown land is home to almost 800 native eucalypt species. We know it seems like a lot, but it’s true. The best part is, now you can discover them all!

Discover and identify species in your own backyard or on your daily walk around the neighbourhood. And when self-isolation rules are lifted, you can identify them in the bush or next time you head off camping.

Eucalypts are an Australian icon. Many people know them as gum trees, but this group only makes up a small portion of eucalypts. If you’re really lucky you might spot a cute koala or two perched on a branch.

Eucalypts are essential to our way of life and part of our natural environment. Did you know they’re also a common sight overseas? Australian eucalypts are among the most commonly grown hardwoods for plantations. Some eucalypt species are native to our neighbours Papua New Guinea, Indonesia and the Philippines. 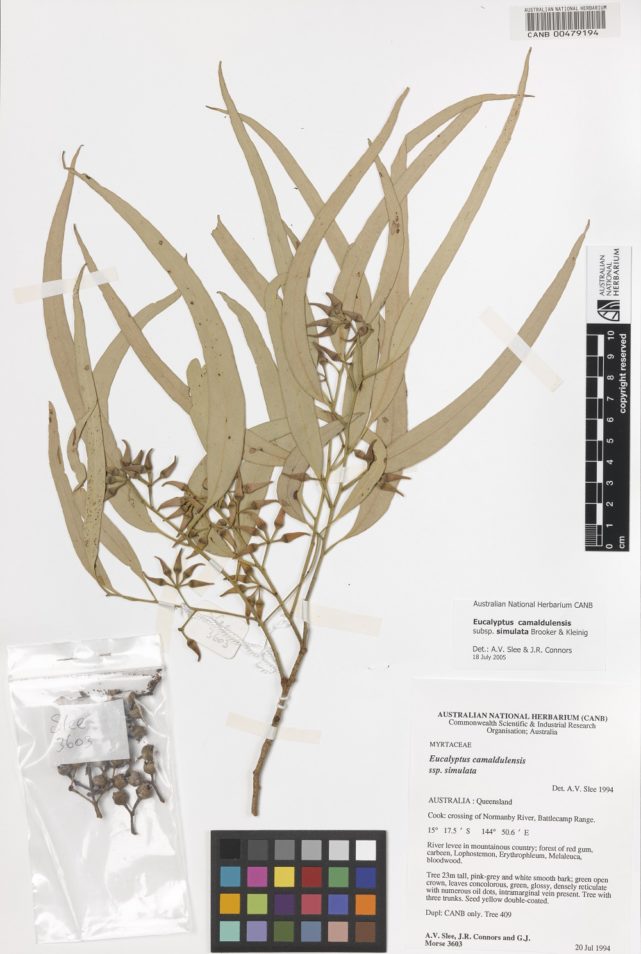 A rather peculiar light green tint

Eucalypts are such a familiar part of our lives, but how many can you actually name? Can you pick the differences between a bloodwood, a snowgum or a silvertop ash? Do you know how many eucalypts grow in your area?

We all recognise the light green tint and classic leaf shape of a eucalypt. But identifying a species correctly is difficult, even for the experienced researcher. Categorising Australia’s eucalypt species is important for conservation and education.

This new eucalypt identification tool uses identification software called LUCID. This means you can use whatever features of the plant you happen to know. You can use bark, leaves, blossoms, seeds and more to identify a eucalypt species. The app and website also include illustrations of eucalypts and a map showing where each species naturally occurs. 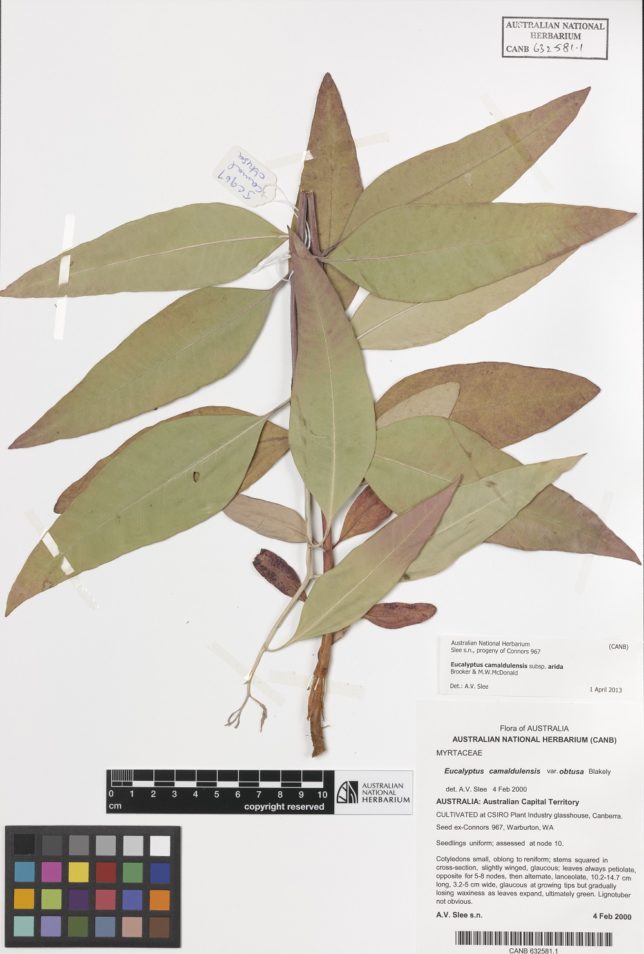 The woods light and shadowless

You won’t find much shade under a eucalypt on a hot day. The leaves hang vertically which lets the hot sun hit the ground. Scrunch up a leaf in your hand and you’ll smell the oils they produce. We all use eucalyptus oil for many things, including as a fragrance. Check out more facts about eucaplyts.

EUCLID relies on taxonomic research, which is the science of describing and naming species. It’s built on the knowledge base of the Australian National Herbarium, home to more than 75,000 eucalypt specimens.

Go forth and seek out your spirit eucalypt. You can download the Android and Apple App editions of EUCLID from the Google Play and iTunes app stores for $19.99. Or the website is free!

EUCLID is a collaboration between Identic Pty Ltd, the Australian Biological Resources Study and the Centre for Australian National Biodiversity Research.

Subheadings in this post are excerpts from the diary of Charles Darwin published on 16 January 1836. Darwin was an English scientist travelling the world on HMS Beagle.

Previous post:
Putting biodiversity conservation on the map
Coming up next:
Fish detectives use eDNA to tally tropical species