Breeding resilience in a changing climate

Breeding resilience in a changing climate

Crop breeding techniques have come a long way in developing plants suited to Australian climates. But how far can we go? 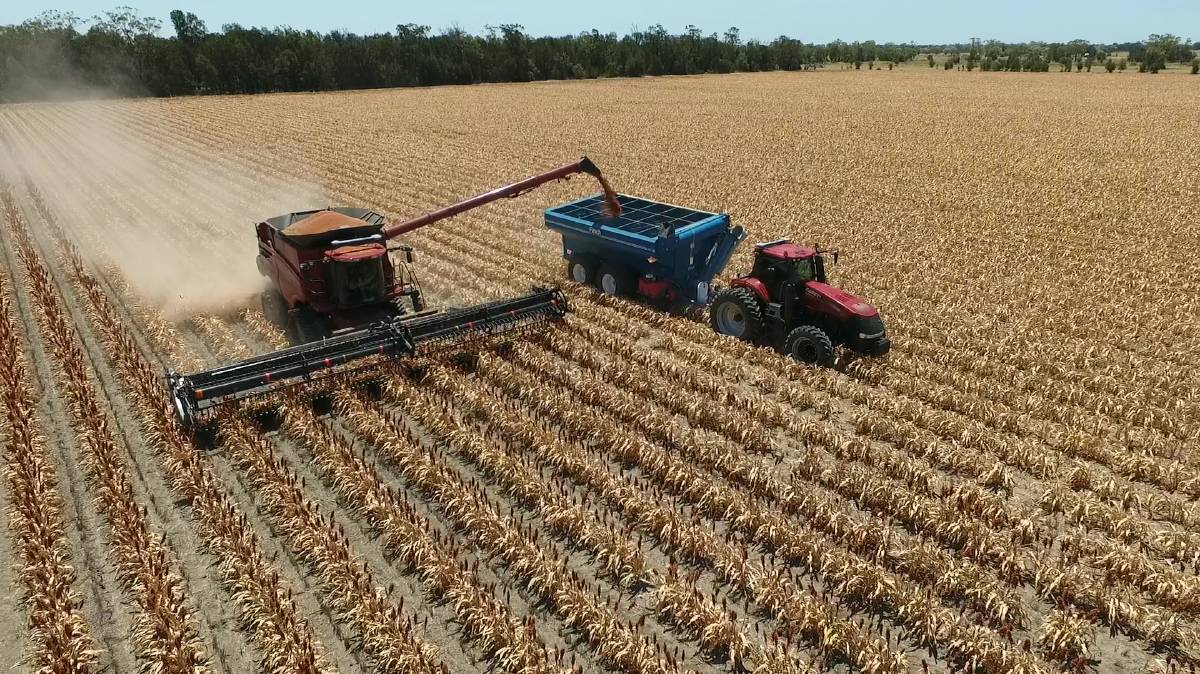 Crop breeding techniques have come a long way in developing plants suited to Australian climates. But how far can we go? Will new technologies and research infrastructure keep pace with the need to make Australian agriculture more agile, more responsive and more resilient to the changes ahead?

Two things struck me when I recently visited farms around the northern NSW town of Narrabri.

The first was that, for as far as my eye could see, the landscape was brown and dry. I saw empty fields ready to be planted with crops only if the rain comes. It was clear people were suffering under the drought and it was heartbreaking to see the impact this had on the community. To see and feel that personally is dramatic and provides motivation to do something about it.

The second was the importance of collaboration. In my new role with CSIRO, I am looking at how we partner with others to develop an integrated, whole-of-system approach to agriculture, and what we can do to lessen the impact of climate events such as drought. We need multi-institutional, inter-disciplinary projects at large scales that address our major challenges. Ensuring our farming enterprises are adaptable, innovative and resilient to an extreme climate is one such challenge.

No question: agriculture needs to adapt

The climate is changing in the areas we farm, so Australian agriculture must adapt. Crops and livestock exist where they do because the local rainfall and temperature suits them. Climate change threatens the temperature regimes and rainfall patterns that until now have supported particular crops and agricultural systems.

For centuries, we’ve had success in breeding plants that adapt to the local environment, and companies already breed crops to survive in different conditions. Plants have been bred to use water more efficiently or flower at different times, and more recently to respond to higher carbon dioxide levels or to have deeper and more extensive roots.

The fact that in Australia we have a viable agriculture industry with improving yield and productivity per area farmed is evidence of our ability to respond to a climate that is already changing. However, the increasing pace of change will make it harder to adapt. Ongoing global changes and the current regional drought highlight the need to breed water-efficient and heat tolerant varieties.

Now more than ever we need to approach breeding in a systematic way and draw on new and emerging tools and technologies, information and approaches, collaborations and partnerships that will fast-track breeding with never before seen precision.

Phenomics – which gives us the ability to systematically measure biological and physical traits – is revolutionising the development of new, resilient varieties. Such ability to monitor traits at large scales also makes farming more agile, enabling farmers to survey fields to apply water and nutrients efficiently.

Other advanced techniques, combined with environmental data, models of future climate, and tools to manage the vast amounts of information, can help better target varieties and crops to new climate conditions in a particular region. For example, if growers know there will be increased or earlier risk of heat, they can choose the most suitable varieties, growing season and flowering times to minimise the effect of the change.

Researchers used to monitor trials manually, but now technologies such as drone photography, field-monitoring cameras and satellites provide incredible precision, supported by data analysis, that gives the accuracy that’s needed; you can’t spot a 5 per cent change in a trait if it is hidden in the noise of 20 per cent variability.

But even with the best information, infrastructure and tools, there is a physiological limit to crop adaptation. We don’t envisage growing crops in deserts any time soon. Plants will always need a certain amount of water; there are heat limits at which plant enzymes break down and at above 50 degrees pollen is no longer viable.

Furthermore, if plants can be bred to survive in a changed climate, they still need their original traits to perform their function as a crop. For example, breeding cotton plants to have cactus-like qualities is of no use if there is no cotton yield. Preservation of yield under water-limiting conditions is the aim.

Genetic modification has potential to overcome the limitations of what can be achieved through traditional breeding, especially new gene editing technologies. In the past, modifying the genes of plants has brought a new functionality to a crop that it wouldn’t otherwise have, for example, Bt cotton is toxic to a pest but not to humans or other insects. In future, genetic modification may focus on what traditional breeding techniques have done for decades: modifying how a plant performs. For example, understanding the processes plants use to deal with stress can identify what makes one variety more tolerant to drought than another.

If we can understand the genes involved, and identify which ones enable a plant to deal with stress, we can use gene editing to design and develop better versions of those genes. This minor tweaking can provide resilience to future changes in climate in a far less invasive way than adding new genes. For example, to make a crop drought-proof, researchers need to modify what the plant does to improve its water-use efficiency, rather than adding new functionality to it.

This doesn’t involve adding a new gene; rather, it is revving up the genetics of the plant itself and creating new variants. Using this technique means that the resulting variety is not considered GM under current regulations.

Genetically modified crops have been grown commercially in Australia for more than 20 years, and while there are still public concerns about the technology, research by regulatory body, the OGTR found quite high acceptance of gene editing relative to other techniques. Increasing public awareness of the benefits of new gene technologies to crop improvement will be key to their widespread use into the future.

Breeding alone isn’t the whole solution to meeting the climate challenges ahead. For an integrated approach we need partnerships across Australia’s research organisations, with industry, and with government. Through CSIRO’s networks, we can bring together multiple institutions, such as research development corporations, to collaborate on solving the greatest challenges facing Australia, of which food security in a changing climate is perhaps the most pressing. 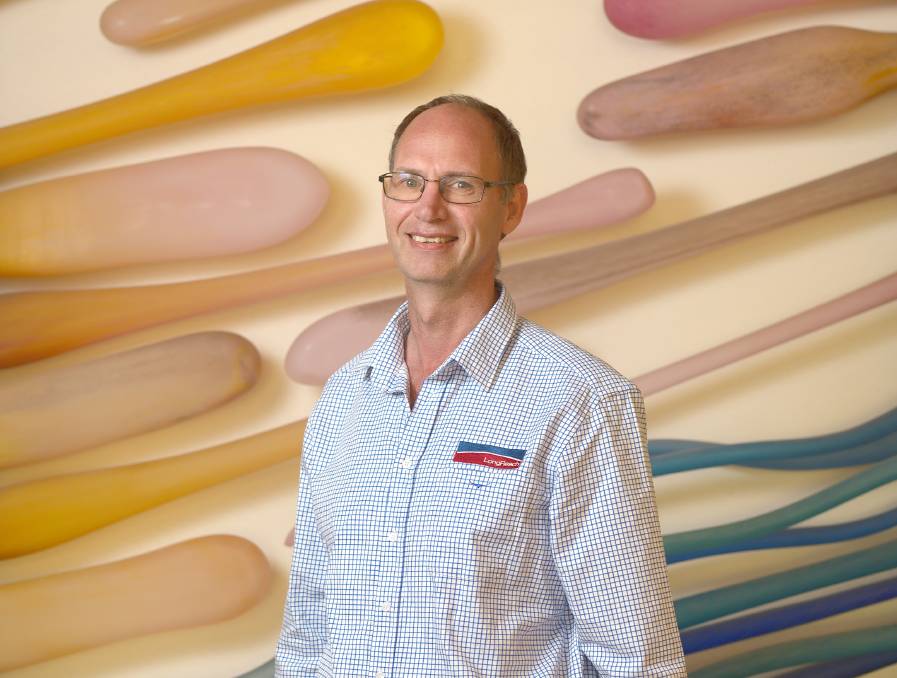 He receives new germplasm (genetic material in the form of seeds) from research organisations like CSIRO to evaluate for traits such as yield, disease resistance and quality at relevant trial sites across Australia’s wheatbelt.

These donor parents are then crossed with other varieties to transfer specific traits such as water-use efficiency, rust resistance or new dwarfing genes. The progeny are evaluated and eventually released as a new variety with a novel trait.

“One of the most influential Prime Hard varieties ever developed, LongReach Spitfire, was a result of the work done by CSIRO on water use efficiency,” Bertus said.

“One of Spitfire’s parents was CSIRO’s Drysdale wheat that had superior water-use efficiency when it was released around 15 years ago, through selection based on its transpiration efficiency.”

Drysdale was soon followed up by LongReach Scout as well as other high water use efficient wheats developed by CSIRO with long lasting impact in industry.

The latest work CSIRO is doing in this area is breeding not just water efficient – but drought tolerant – crops, as part of a project funded by the Grains Research and Development Corporation (GRDC).

But with a genome five times larger than the human genome, identifying what genes in wheat are responsible for what traits to build drought tolerance is difficult.

It has become clear that the endless race for higher yields come harvest time may have come at a cost. Many varieties have a spectacular ability to grow and produce high yields in good conditions, but their environmental resilience is low.

CSIRO has found that, when stressed during flowering, plants that are higher yielding under low water conditions keep their stomata (which are like skin pores in humans) open longer than sensitive plants.

Trial crops are being harvested and undergoing evaluation before breeders like Bertus further tweak varieties for commercial release.

Read more of our Growing the Future essays

Previous post:
Yes, more carbon dioxide in the atmosphere helps plants grow, but it’s no excuse to downplay climate change
Coming up next:
Out of this world: work experience at NASA!