Out of this world: work experience at NASA!

Out of this world: work experience at NASA!

Ever wondered what it’s like to work at NASA? One of our researchers has recently returned from a three-month stint at NASA’s Jet Propulsion Labs in the USA. 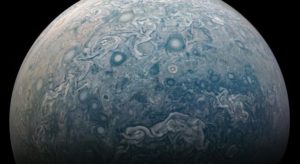 NASA is looking for signs of life on icy worlds and moons.

Daniel East works at Lab22 in Melbourne, our fab lab where we do all our 3D printing research. You may have seen some of Lab22’s extraordinary work on the futuristic 3D printed rib cages, jet engines and the adorable Sophie’s dragon. 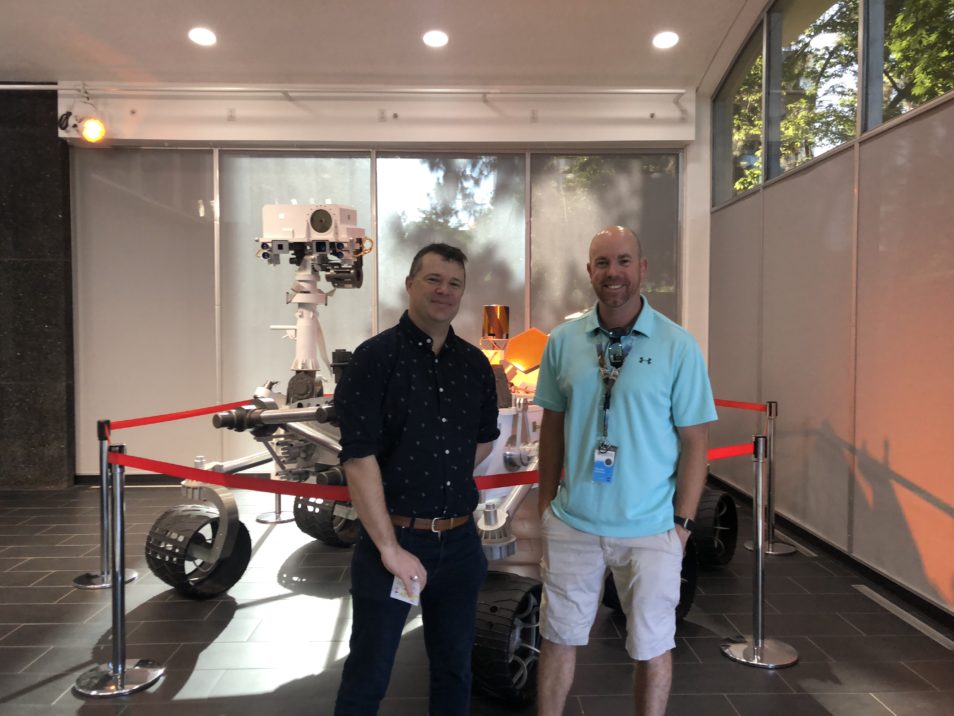 But Daniel’s time at JPL wasn’t spent building space vehicles. Although he often observed large Mars Rover wheels being carted past his office on the way to various testing sites. Surreal experience number one! 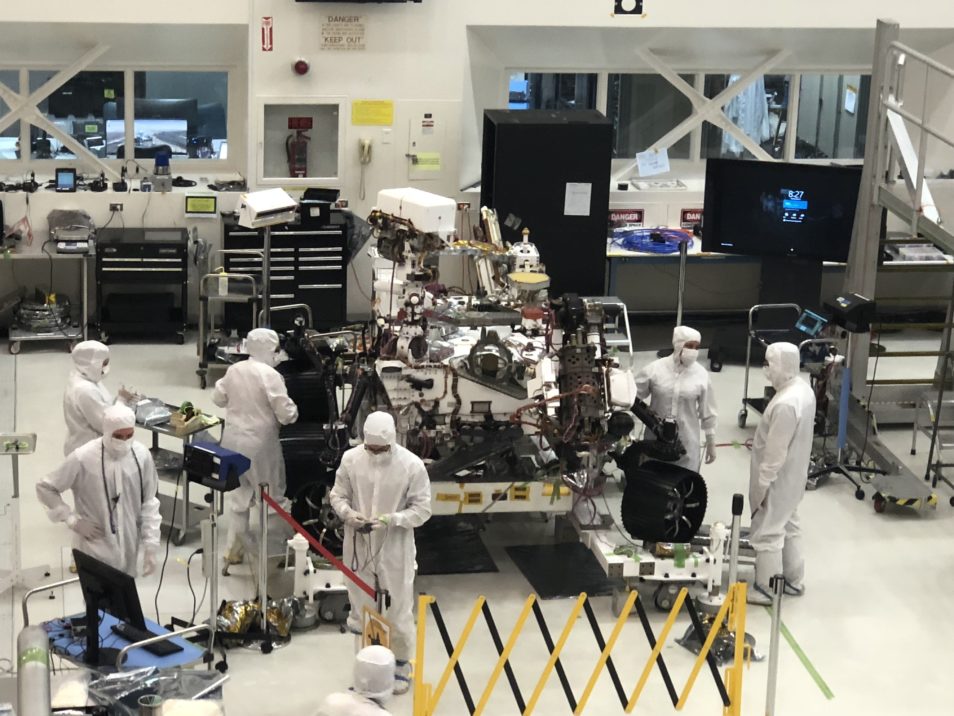 Researchers and JPL work on the NASA Mars 2020 Rover.

Ever wondered what it’s like to work at NASA? Well strap yourself in as Daniel shares his experience. 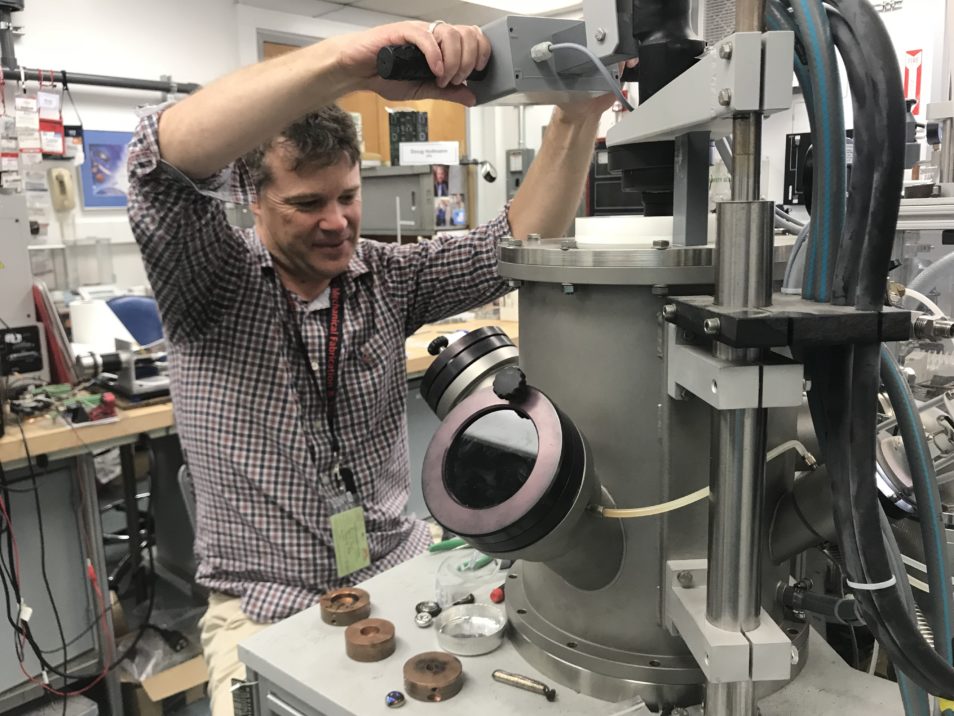 While at JPL, Daniel worked with a team of specialist 3D printing researchers at the top of the field. This highly skilled calibre of scientists and engineers investigate different metal alloys. Particularly, determining suitability for creating tools destined for explorations of ice worlds and moons. Surreal experience number two!

Crucial to each mission, these specialised ‘space tools’ will probe, scrape, dig and cut their way through surfaces. Not only must they be functional and durable, they also need to withstand extra-terrestrial conditions such as glacial temperatures.

Into the Goldilocks zone

The frozen worlds of our Universe are where life is most likely to exist, according to the Harvard Smithsonian Center for Astrophysics. The interior oceans of icy moons like Europa, Ganymede, Enceladus and Titan could potentially harbour extra-terrestrial life.

NASA has various projects underway to investigate these possibilities. Exobiology Extant Life Surveyor – aka the EELS project – is developing eel-like robots. These robots could burrow below the icy surfaces of the moons of Jupiter in search of life in their freezing interior oceans. Meanwhile, the Dragonfly mission is under development at Johns Hopkins University’s Applied Physics Laboratory in Laurel, Maryland. It will fly a drone over Saturn’s moon, Titan, in search of prebiotic chemicals that might also signify life.

A sky full of stars

The Starshade Technology Development project may also help search for life in other planetary systems. The JPL Starshade team is demonstrating the feasibility of a giant structure that could be flown in space and positioned to block the light from a distant star, as seen by a space telescope.

Bright starlight restricts our view of some orbiting planets. By throwing shade on the star, previously undiscovered planets could be revealed.

JPL employs more than 6000 people who work on their robotic space and Earth science missions. Built on the side of a hill, staff use golf carts to traverse the facility. You can join a public tour of JPL and, yes, they have a gift shop! 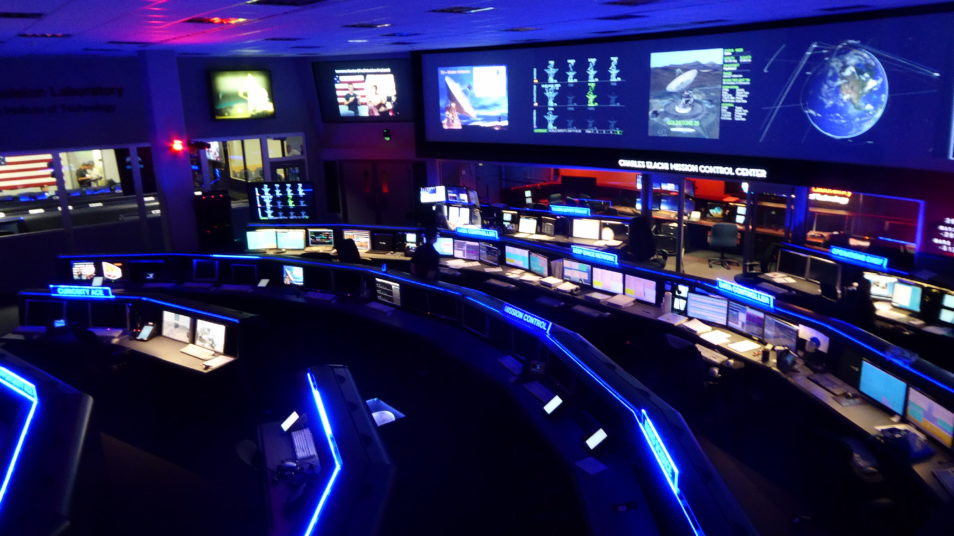 Behind the scenes at JPL – the NASA JPL control room.

During his visit, Daniel had the opportunity to hear from several expert speakers and meet with science superstars. He met Caltech’s Katie Bouman, the data scientist whose work with the Event Horizon Telescope contributed to the world’s first visual of a black hole.

By all accounts, Daniel’s secondment to JPL was one of true collaboration. The Lab22 team works on the cutting edge of additive manufacturing and 3D printing technologies. Daniel was able to contribute his valuable experience in helping to solve some of JPL’s challenges. And, in turn, he has brought back new additive manufacturing experiences and knowledge to share with our team in Australia.

We have a long and established relationship with NASA and JPL, as the operator of the Canberra Deep Space Communication Complex – one of NASA’s three stations around the world that track the robotic spacecraft exploring our solar system and beyond.

Not only did Daniel’s visit lead to stronger scientific and research ties between JPL and CSIRO, it has forged life-long friendships. And, who knows, someday one of the technologies Daniel had a hand in at JPL may end up exploring new life forms in a world far, far away.

Our office in Silicon Valley, USA, collaborates with JPL on various innovation projects and was instrumental in providing Daniel’s opportunity. Scientist exchanges are important for building deeper partnerships and sharing research and expertise.

Tools down! Grab a cuppa and read more about our 3D printing work.

Previous post:
Breeding resilience in a changing climate
Coming up next:
Why Matt Shields will be wearing red this Valentine’s Day