Think your parents were strange? We've got some of the weirdest birth and childcare stories from the animal kingdom you'll ever hear. 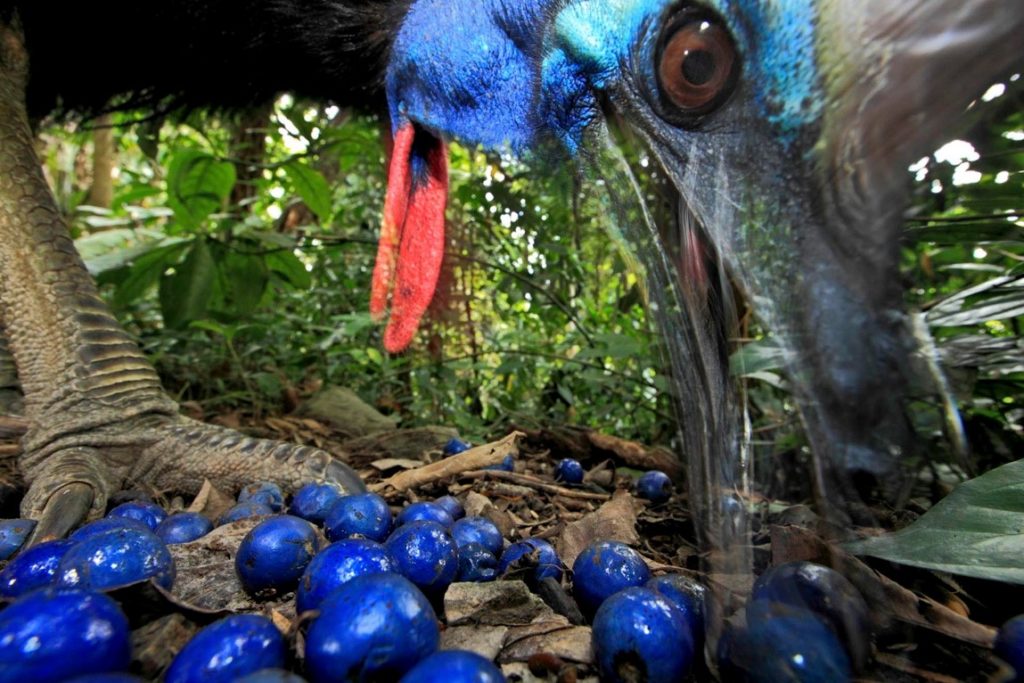 “And then a giant bird will eat you up and take you to your new home” – cassowary plum tree mum. Image: Christian Ziegler

Think your parents were strange? They’ve got nothing on some of Australia’s wildlife… settle in and let us tell you some of the weirdest birth and childcare stories you’ll ever hear: 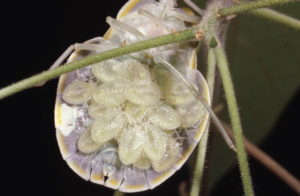 A collection of baby stink bug nymphs attached to the underside of the female adult stinkbug.

Would you find it difficult getting out of the house when you’ve got 20 + kids? Why not just take them with you? That’s right, grab them all up and carry them on your abdomen! The female stink bug (Peltocopta crassiventris) cares for its nymph offspring by carrying them underneath its flat, leaf-like abdomen, keeping the babies safe from predators. 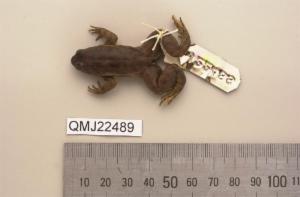 A small brown frog specimen about 6 cm long with a identification tag attached.

The specimen of the Southern Gastric Brooding Frog that was used to describe this species, known as the holotype specimen. It was collected in 1972 and is held at the Queensland Museum.

The gastric brooding frog was a family of ground-dwelling frogs native to Queensland in eastern Australia. The group consisted of only two species, both of which became extinct in the mid-1980s.

Their form of parental care was particularly unique. Following external fertilization by the male, the female would take the eggs or embryos into her mouth and swallow them. In the jelly around each egg was a substance called prostaglandin E2 (PGE2), which could turn off production of hydrochloric acid in the stomach, which stopped the eggs from being digested. When the eggs had hatched the tadpoles created their own PGE2. There could be as many as 25 tadpoles in the mother’s mouth at once and during the six weeks it took for tadpole development, the frog would not eat.

The tall Cassowary Plum tree has a tough reproductive challenge: ensure its seeds aren’t eaten while they’re still forming, but when they are ready, get them spread far and wide. To solve this problem, they rely on their namesake, the cassowary. The tree produces bright blue egg-shaped fruit that are poisonous to most animals, but are devoured by cassowaries. The cassowary’s digestive system is fast and immune to the fruit’s poisonous sap. After the fruit journeys along the intestinal tract, it is deposited far from its parent, mostly intact. But the cleverness doesn’t stop there: the seeds have a fail-safe to ensure they don’t start germinating close to home, before they’ve been eaten. Once eaten, the massaging movement of the cassowary’s intestinal tract activates the fruit into growth mode.

2. Give birth through your head! 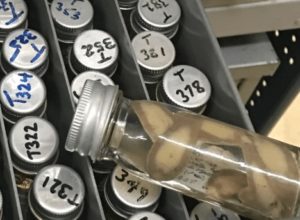 Next time your parents say they sacrificed a lot for you, point them to the sheep liver fluke.

The sheep liver fluke (Fasciola hepatica) is a parasite that’s been known to hitch a ride in our kangaroos, wallabies, wombats and as the name suggests, sheep. Don’t freak out, but on occasion they can be found in us humans too! The lengths their mum goes to for her young is pretty extreme: her head explodes when giving birth! Called “matricidal endotoky” or horrific childbirth – the eggs develop inside the mother worm’s head and as they hatch, the poor mum’s head bursts. Needless to say, the poor mum doesn’t survive. But because of her sacrifice, the offspring are protected and can re-infect the correct host tissue.

1. Drop your kids off at your local ant nest 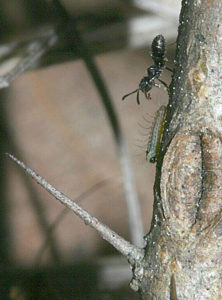 An ant protecting a caterpillar on the trunk of a plant.

Who would have thought that ants make fantastic babysitters?

The pretty, iridescent bronze Bathurst Copper butterfly females lay their eggs on blackthorn shrubs infested with ants. When the eggs hatch into caterpillar larva, the larva secrete a sweet nectar-like substance that ants love. Each larva can attract as many as 15 ants! The ants stay close by, protecting the larva from predators and shepherding them into the leaf canopy to feed at night and to shelter in the ant’s nest during the day.

This incredible and complex partnership was discovered relatively recently (in 1978), and as a result of habitat loss, they’re now unfortunately endangered, with the two species restricted to the Lithgow-Bathurst region in NSW. 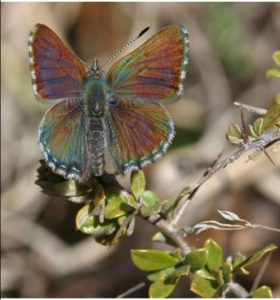 Close up of a bronze bathurst butterfly.

conservation. The Bathurst Copper Butterfly is part of the Department of

Environment and Heritage’s Save our Species conservation program and the distribution has been expanded to a total of 35 known locations.

Staff at the ANIC conduct research to improve our understanding of insects as well as manage and digitize the over 12 million insect specimens held there.

It’s incredibly important we continue to learn about the complexities and diversity of critters and how humans can benefit from studying their anatomy, evolution and strategies for survival.

You can find out more about Australia’s amazing biodiversity by visiting the Atlas of Living Australia, a national biodiversity database providing free online access to datasets.