Antibiotic resistance: the epidemic is here

Antibiotic resistance: the epidemic is here

Despite the experts' warnings, antibiotic resistance is showing no signs of slowing down. 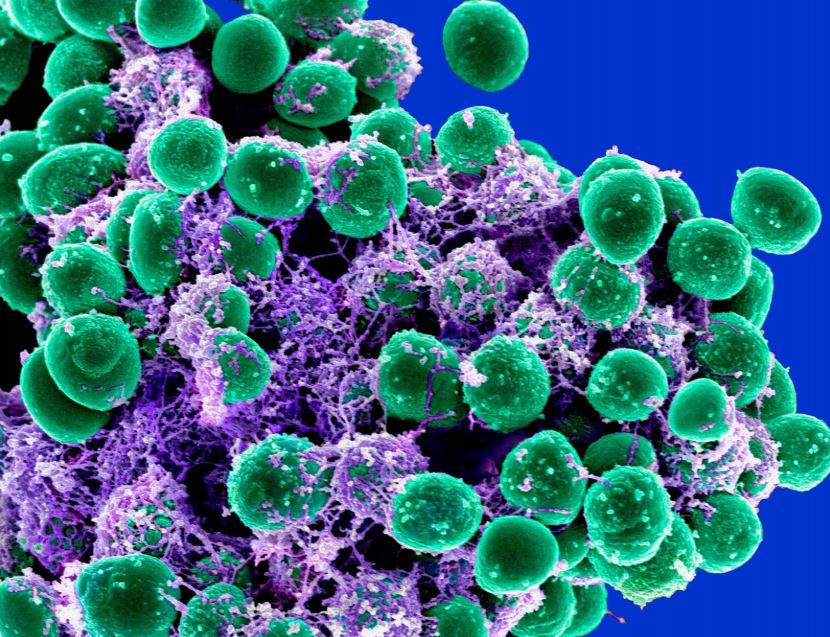 This article first appeared in Body+Soul.

What’s the biggest killer in Australia?

Right now, it’s heart disease, but in the not-too-distant future the answer will be ‘infection’. Welcome to the world of antibiotic resistance, where superbugs will put the lives of everyone from chemotherapy patients to those with a sexually transmitted infection or even a simple graze at risk.

Earlier this year, a British man made global headlines as the first case of multi-drugresistant ‘super-gonorrhoea’. Although he was eventually cured, medical experts are anything but relieved. Instead, they’re hoping this example of antibiotic resistance will serve as a worldwide wake-up call.

“On the simplest level, antibiotic resistance is when a type of bacteria can no longer be controlled or killed with antibiotics,” Dr Katherine Locock, a research scientist for the CSIRO, explains.

“And if we don’t sort ourselves out soon, infections will soon become the leading cause of death around the world.”

According to the World Health Organization, certain strains of everyday infections like pneumonia, tuberculosis and golden staph are becoming increasingly harder – and sometimes impossible – to treat. As a result, at least 700,000 people are losing their lives every year. If the threat of antibiotic resistance isn’t managed, experts predict the annual death toll will rise to 10 million by 2050.

This threat isn’t a new one. In 2013, professor Sally Davies, chief medical advisor for the UK government, warned that if we didn’t curb our dependence on antibiotics, medicine would soon revert to 19th-century conditions, where simple injuries such as a graze could have severe consequences.

Then in 2016, world leaders swore the problem would be addressed by a strengthening of antibiotics regulation and working to improve knowledge surrounding over-prescription (this is yet to happen). And long before this year’s ‘super-gonorrhoea’ case, doctors knew the infection was developing a resistance to treatment. Amid all this, you’d be forgiven for wondering why antibiotic resistance is still an issue, but the answer isn’t clear-cut.

Part of the reason we’re in this mess is thanks to Mother Nature – just as animals evolve to better suit their environment, so too do bacteria. However, the main cause of resistance is the overuse of antibiotics, an issue that often coincides with sniffle season at this time of year. Given that global antibiotic use has risen by 65 per cent since 2005, it’s no wonder it’s an issue.

“One of the biggest problems is if you go to your GP with the flu – a virus – and take an antibiotic,” Locock says.

“A virus is completely different to a bacterial infection, so the medication will do nothing.”

Not only will the antibiotic be ineffective, it could help any bacteria in your system develop immunity to the medication – and that’s how superbugs arise. It’s not just over-prescription of drugs that can cause this resistance. A recent European study in the journal Nature revealed that everyday medications, such as statins and hayfever tablets, may promote antibiotic resistance by inhibiting the growth of gut microbiome, and according to Locock, industrial farming can also accelerate the spread of resistant bacteria.

“Antibiotics are used as a preventative in livestock,” she explains.

“This means the antibiotics are introduced into our meat and water supply, and when you break it down, that’s a significant amount of bacteria  that can develop resistance.”

Clearly we can’t stop evolution, so antibiotic resistance will always occur, but the real crux of the matter is that we’re failing to get ahead of it. It can take up to 15 years for new medication to move from laboratory studies into worldwide distribution, which means that bacterial resistance is occurring at a much faster rate than we can combat it.

“If we come up with an antibiotic that works in a similar way to the old one, resistance will quickly occur,” Locock says.

“We also need something that can kill bacteria but doesn’t hurt human cells, so that can be difficult.”

Throw in reduced investment from drug companies – the research and production of new antibiotics can be particularly pricey – and you’ve got what Locock calls “the biggest current threat we have to our health system”.

Dr Teresa Wozniak, a research fellow at the Menzies School of Health Research in Darwin, agrees, warning that if new treatments aren’t developed, life-changing medical therapies may cease to exist.

“Cancer patients could die from previously treatable infections as a consequence of their transplants could grind to a halt; mothers and babies could die following childbirth; and many operations that require preventative antibiotics will have a higher risk of post-operative infections,” she explains.

“I know this all sounds post-apocalyptic, but if we don’t act now, this could be our future.”

There’s no denying the odds are stacked against us, but thanks to experts such as Locock and Wozniak, we could soon gain the upper hand. Locock and her team are working on a new type of antibiotic that harnesses the (chains of amino acids), and early results look positive.

“Because [peptides] work in an entirely different way to current antibiotics, we’re seeing a lower susceptibility to resistance, and we’ve gone all the way into animal studies.”

Of course, developing new antibiotics is only one part of the equation. Preventing the overuse of medication is another factor, and that’s where hospitals and GPs come in.

“Many countries, including Australia, have a ‘national antimicrobial resistance strategy’ in place that aims to reduce inappropriate prescriptions,” Wozniak says. Meanwhile, US scientists are developing a tool that can distinguish viral infections from bacterial ones to help GPs administer the right treatment.

“Quantifying the magnitude of the problem is also an essential step in being well prepared,” Wozniak says, explaining that this is why her team is focused on monitoring resistant infections across northern Australia.

“With this knowledge, we can better design studies to explain and define important factors in the emergence, persistence and transmission of drug- resistant infections.”

And hopefully this means we’ll soon be able to take the lead on antibiotic resistance.

Hop on board our RAFT polymers

Previous post:
A foundation of experience for developing our place in space | Dave Williams
Coming up next:
Quiz: name that virus