With a wealth of knowledge on the global space industry, Dave Williams tells us about his career and why Australia is well-placed as a space-bound nation. 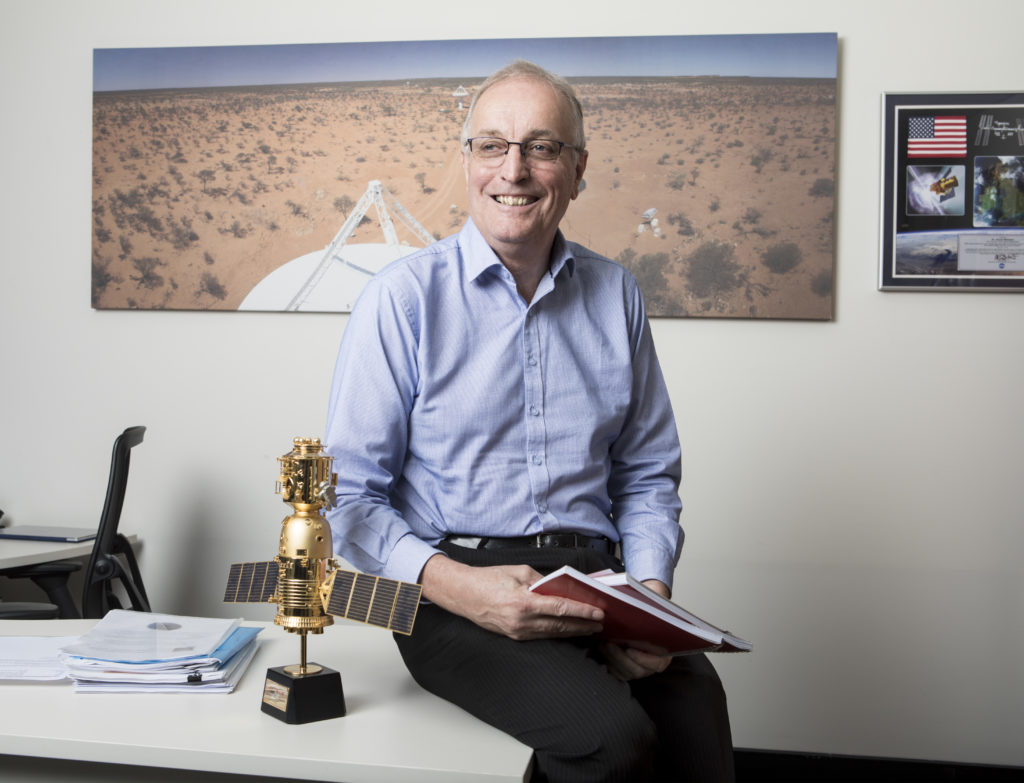 As Australia’s national science agency, we have a long and accomplished history in supporting and developing the space sector, both locally and internationally. Now, with Australia starting its own journey to build a national space agency, we’d like to introduce you to some of our experts in space.

Dr Dave Williams is one of our senior leaders with experience that positions him perfectly to help Australia establish itself in the space sector. As Executive Director of our Digital, National Facilities and Collections group, his remit ranges across a wide variety of national infrastructure and large scale assets. It’s also fair to say that Dave knows a thing or two about building a global space network.

As former CEO of the United Kingdom Space Agency, Dave introduced the UK’s long-term space strategy, relocated its agency out of London and established it as a national space agency. Before relocating to Australia, Dave was also Chairman of the European Space Agency, leading a council executive body made up of more than 20 nations that had oversight of the agency’s work.

“I learned the art of how to bring a common good to a diverse number of countries, and to help everyone reach consensus,” he said.

So when he’s in the day-to-day of CSIRO’s space operations, Dave knows exactly where Australia should be positioning itself.

“In terms of space application, we are as good if not better than anybody in the world,” he said.

Dave believes Australia has a chance to harness the future of space application, by choosing the right areas to focus on.

“Rather than playing catch up, we can play leapfrog by developing better applications and jumping forward into new generation technologies,” he says, citing a future lunar base as one strong possibility where Australian expertise could prove valuable.

“One big advantage is that we have no baggage: if you want to change the direction of the European Space Agency or NASA, you have to change the machine. In Australia we don’t have that historical baggage to change. We just have to harness our specialist expertise and look to the future,” he said.

Dave’s own journey to a space career came via a somewhat circuitous route. His initial interest in the field was prompted by his curiosity about how to use the data produced by satellites, rather than how to build the satellites themselves. Initially, he viewed satellites as a tool that helped him carry out his trade as a geologist.

“I did my postgraduate degree when satellites had just come into being. We used the satellite data to help identify areas of the landscape to do detailed research in geology and soil erosion,” he said.

Next, Dave used his skills to work on water and land-based projects using satellite data. He ran an environmental consultancy where he moved an oil rig through the north Red Sea, based on the ability to detect coral reefs from a satellite; built a road to the Sudan border in Libya, based on the ability of satellites to identify a route and suitable construction materials; and used thermal infrared data to monitor outflows from power stations.

After that came a stint in Germany working with weather satellites, before his space-focused career really began in earnest.

Fast forward to today, and Dave sees extensive opportunities for Australia’s engineers and scientists to contribute to the space sector, in a variety of ways those outside the field of space might never have thought possible.

“Consider 3D printing. This technology will be one of the ways we move forward in space because you can print designs that you cannot build. For example, one current idea is to print fuel, while you are actually out there in space, to get a more even fuel burn in solid booster rockets,” he said.

To get there, Australia’s partnerships need to remain top notch. Today, at CSIRO, Dave’s role is working with our many partners in the space sector, both nationally and internationally, including Earth observation projects like the soon to launch NovaSAR satellite.

CSIRO is continuing to build cutting-edge technology that supports our pursuit of new space applications.

“Being nimble and progressive, responding to the many opportunities and challenges provided by technology, big data, Earth observation and space tracking is what excites me,” he said.

“Now, with an Australian space agency in place, we can focus on leveraging our depth of knowledge and our diverse span of connections – both critical elements that underpin growth across the sector, and provide a solid basis for Australia to become a key player in the global space ecosystem”.

Want more on space? See how we're supporting the Australian space sector into the future.

Previous post:
The mysterious beast of Ningaloo Reef: revealing the secrets of whale sharks
Coming up next:
Antibiotic resistance: the epidemic is here