A thread of the cosmic web: astronomers spot a 50 million light-year galactic filament

A thread of the cosmic web: astronomers spot a 50 million light-year galactic filament

Until recently, the Universe's gas filaments have been elusive. But now one was detected with our ASKAP radio telescope. 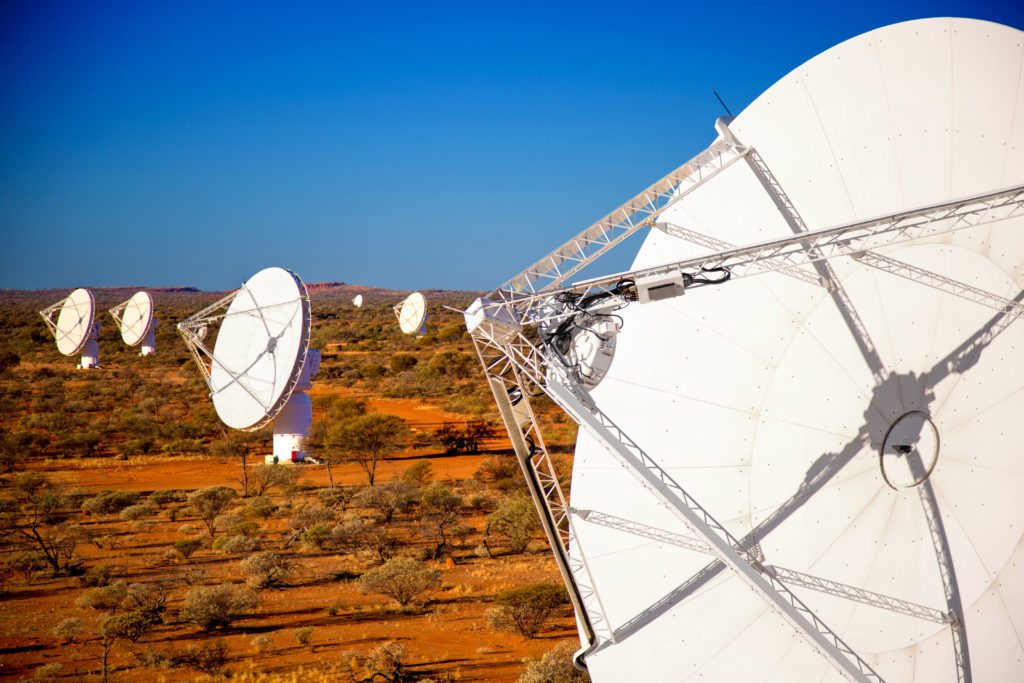 At the very largest scale, the Universe consists of a “cosmic web” made of enormous, tenuous filaments of gas stretching between gigantic clumps of matter. Or that’s what our best models suggest. All we have seen so far with our telescopes are the stars and galaxies in the clumps of matter.

So is the cosmic web real, or a figment of our models? Can we confirm our models by detecting these faint gaseous filaments directly?

Until recently, these filaments have been elusive. But now a collaboration between Australian radio astronomers and German x-ray astronomers has detected one.

CSIRO’s newly completed Australian Square Kilometre Array Pathfinder (ASKAP) telescope in Western Australia is starting to produce a large-scale picture of the Universe in radio frequencies. This telescope can see deeper than any other radio telescope, producing new discoveries, such as the unexplained Odd Radio Circles or ORCs.

Seeing with radio waves and x-rays

This year has also seen the publication of the first observations by the German eROSITA Space Telescope, which is giving us our deepest large-scale picture of the Universe in x-ray frequencies. Both of these next-generation telescopes have an unprecedented ability to scan large areas of sky at once, so they are beautifully matched to study the large-scale features of the Universe. Together, they can achieve much more than either on its own, so naturally we have joined forces.

The first result from this collaboration is the discovery of a cosmic filament of hot gas. This study was led by Thomas Reiprich of the University of Bonn and Marcus Brueggen of the University of Hamburg, and involved Australian scientists from CSIRO and from Curtin, Macquarie, Monash and Western Sydney universities. It is published today in two papers in the journal Astronomy and Astrophysics. 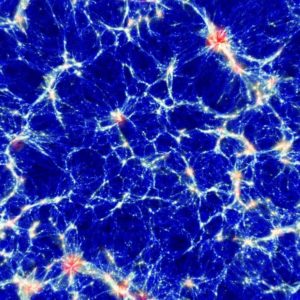 On the largest scales, matter in the Universe is arranged in a cosmic web consisting of filaments of gas separated by voids, with clusters where the filaments meet each other. From the MAGNETICUM simulation, courtesy of Klaus Dolag, Universitäts-Sternwarte München, Ludwig-Maximilians-Universität München, Germany

The Big Bang 13.8 billion years ago produced a Universe filled with invisible dark matter, together with a featureless gas of hydrogen and helium, and little else. Over the next few billion years, the gas clumped together under the attraction of gravity, forming filaments of matter with vast empty voids between them. The filaments probably contain more than half the matter in the Universe, even though the filaments themselves contain just ten particles per cubic metre – less than the best vacuum we can create on Earth.

Nearly all the galaxies we see today, including our own Milky Way, are thought to have formed in these filaments. We think galaxies then slide along the filaments until they fall into the dense clusters of galaxies clumped together at junctions where filaments meet.

But until now, all this was hypothetical — we could see the galaxies and clusters, but we couldn’t see the gaseous filaments themselves. Now, eROSITA has directly detected the hot gas in a filament 50 million light-years long. This is an important step forward, confirming our model of the cosmic web is correct. 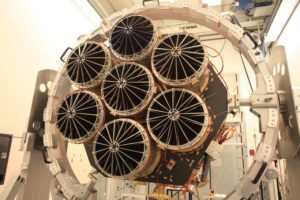 The seven cameras of the eROSITA Space Telescope, enabling it to image the x-rays from large areas of the sky. Max Planck Institut for Extraterrestrial Physics

However, in our radio images of these clusters, we see the jets bent and distorted as they are buffeted by intergalactic winds in the dense gas in the clusters. Again, this is a good confirmation of our models.

This work is not only important as confirmation of our model of the Universe, but is also the first result to come from the collaboration between ASKAP and eROSITA. These two telescopes are beautifully matched to survey our Universe, seeing the Universe as it has never been seen before, and I expect this discovery to be the first of many.

We acknowledge the Wajarri Yamaji people as the traditional owners of the ASKAP Observatory site.

Previous post:
Top 2020 science moments you may have missed
Coming up next:
Your Fungi Friday highlights for 2020