A tale of three mosquitoes: how a warming world could spread disease

A tale of three mosquitoes: how a warming world could spread disease

Mosquitoes are responsible for much human suffering around the globe because of their ability to transmit nasty diseases. Could climate change cause these diseases to spread even further? 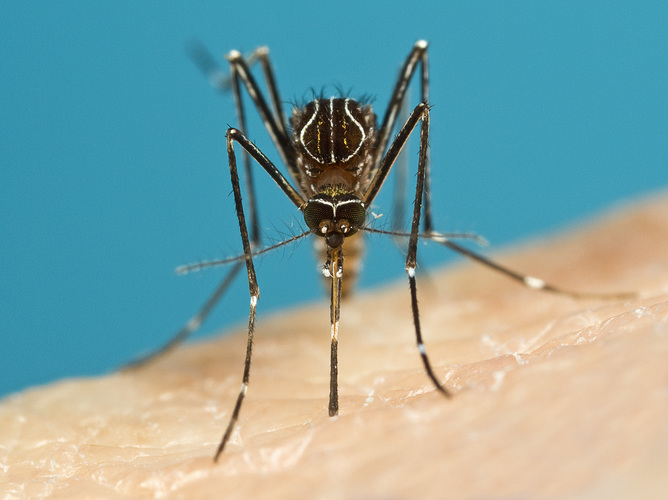 Changing wildlife: this article is part of a series looking at how key species such as bees, insects and fish respond to environmental change, and what this means for the rest of the planet.

As the world warms, animals and plants will shift their ranges to keep pace with their favoured climate. While the changing distributions of species can tell us how climate change is affecting the natural world, it may also have a direct impact on us.

One good example is the disease carried by insects.

Those small, familiar flies called mosquitoes are responsible for much human suffering around the globe because of their ability to transmit diseases.

Mosquitoes transmit a number of viruses, such as Dengue, Ross River Virus, Murray Valley Encephalitis Virus and the local variant of the West Nile Virus known as Kunjin.

Could climate change cause these diseases to spread? While this an extremely important health question, the answer is far from simple.

The life cycle of mosquitoes and its viral parasites is particularly complicated.

The virus undergoes certain parts of its lifecycle inside particular mosquito organs, but also requires other organs in the vertebrate host to complete its life cycle. And to get into a vertebrate, such as us, it relies on a hungry blood-sucking insect.

These viruses always have other hosts besides humans, which may include native and domestic animals. The pathway that these viruses take to infect humans is often via our domestic animals, which are also bitten by the same mosquitoes that feed on us.

In addition, rates of virus transmission to humans is also affected by the human built environment, and also human behaviour.

Because mosquitoes breed in water, changes in rainfall patterns are likely to change the distribution and abundance of mosquitoes, and therefore could affect disease transmission.

Australian climate is characterised by its variability, however we have experienced a general trend towards increased spring and summer monsoonal rain across northern Australia, and decreased late autumn and winter rainfall in the south. Kunjin’s close relative, the US strain of West Nile Virus is much more virulent, causing more human disease. These viruses are well known for their ability to mutate quickly, so they are always keeping medical authorities on their toes.

Higher than average rainfall and flooding in eastern Australia in the second half of 2010 and 2011 provided ideal conditions for breeding common banded mosquitoes, and in 2011 a dangerous strain of Kunjin appeared that caused acute encephalitis (swelling of the brain) in horses. This disease has only been detected in one human, however this mosquito feeds on both humans and horses.

This new virulent strain of Kunjin also appeared in new areas east of the Great Dividing Range, suggesting other unknown changes in transmission.

As temperatures increase, mosquito activity will begin earlier in the season and reach higher levels of abundance sooner, and maintain higher populations longer. These factors will all probably tend to increase the rate of transmission of Kunjin to both humans and animals.

It would be simple to assume that drought would reduce mosquito populations by reducing the larval habitat (water), and thereby reduce the incidence of mosquito-borne disease in Australia.

However, this is not necessarily the case. Another Australian mosquito, Aedes notoscriptus, the striped mosquito, is responsible for transmitting Ross River and Barmah Forest Virus in Australia.

The striped mosquito is unusual in comparison to its cousins because it breeds in small containers of water, such as tree holes in natural environments. The main carrier of Dengue in Australia, Aedes aegypti, shares this habit.

With the drought, Australians became much more water wise, and installed various water storage devices in their gardens, ranging from buckets left out in a storm, to professionally installed rain tanks. All these are potential habitat for the striped mosquito to breed.

In this case drought has caused an increase in the abundance of a mosquito virus carrier because of a change in human behaviour.

The return of Dengue?

However, before the 1930s, Dengue fever transmission was known south almost to Sydney, and Aedes aegypti was known throughout mainland Australia except the deserts.

Both the mosquito, and the disease, have retreated to Queensland since then, and we don’t know why. What is clear is that we don’t really understand what controls the distribution of Aedes aegypti or Dengue in Australia, but given the contraction of the disease in historical time, it is unlikely that a warming climate will produce a simple response in the insect or the disease.

Australian insects will be affected by climate change, but simple predictions based on increasing average temperatures and changing rainfall patterns miss the important effects of complex biological interactions.

In addition, we are only just beginning to use models that are sophisticated enough to consider how insects might evolve under changing climate.

Investing in a deeper understanding of these complex biological webs, and their outcomes for human society, will result in great returns. Our predictions of the future state of Australian plants and animals will become more accurate and we will also improve human health and manage our biodiversity more sustainably into the future.

David Yeates is Director of the Australian National Insect Collection at CSIRO.

Previous post:
Wearable tech flying high in aerospace industry
Coming up next:
The hunt for ET will boost Australian astronomy