A brain transplant for one of Australia’s top telescopes

A brain transplant for one of Australia’s top telescopes

An upgrade for the Australia Telescope Compact Array will enable major new discoveries about the Universe.

One of Australia’s top telescopes will receive an A$2.6 million upgrade to help extend its three-decade record of improving our understanding of the Universe.

The Australia Telescope Compact Array (ATCA), near Narrabri in NSW, has been one of the top few radio telescopes in the world since it began operations in September 1988.

Conceived and run by CSIRO, Australia’s national science agency, ATCA ushered in a new era of astronomical discovery in this country. The construction of the telescope was nearly all Australian, triggering the development of Australian communications companies and playing a key role in the invention of fast WiFi. 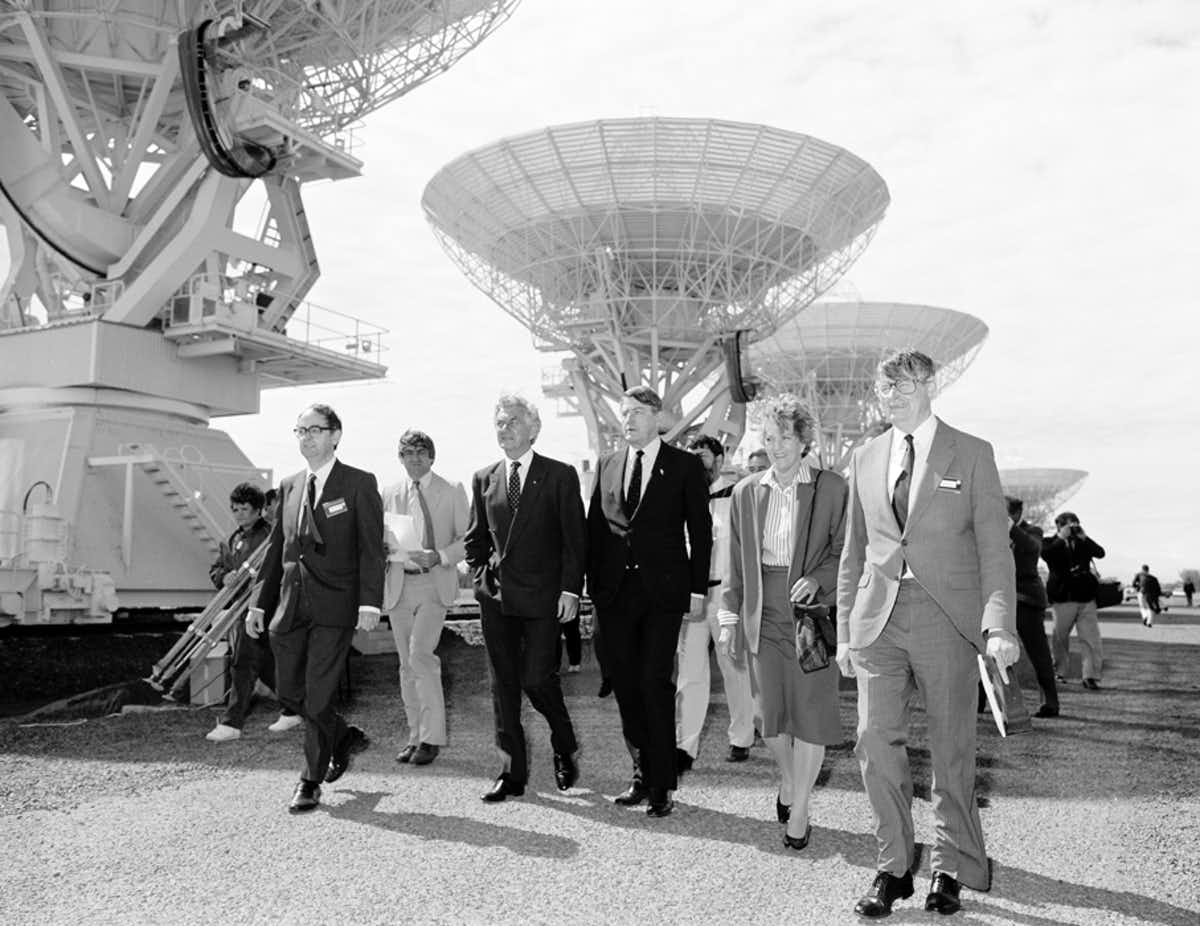 Prime Minister Bob Hawke and other VIPs at the opening of ATCA in 1988. Credit: John Masterson / CSIRO

Since that opening, thousands of astronomers from around the world have used the telescope to make fundamental discoveries about the evolution of stars and galaxies. Even now, about 450 researchers and students use it each year to study the molecules in our galaxy, the magnetic fields that thread through galaxies, and the black holes that lie at their centres. 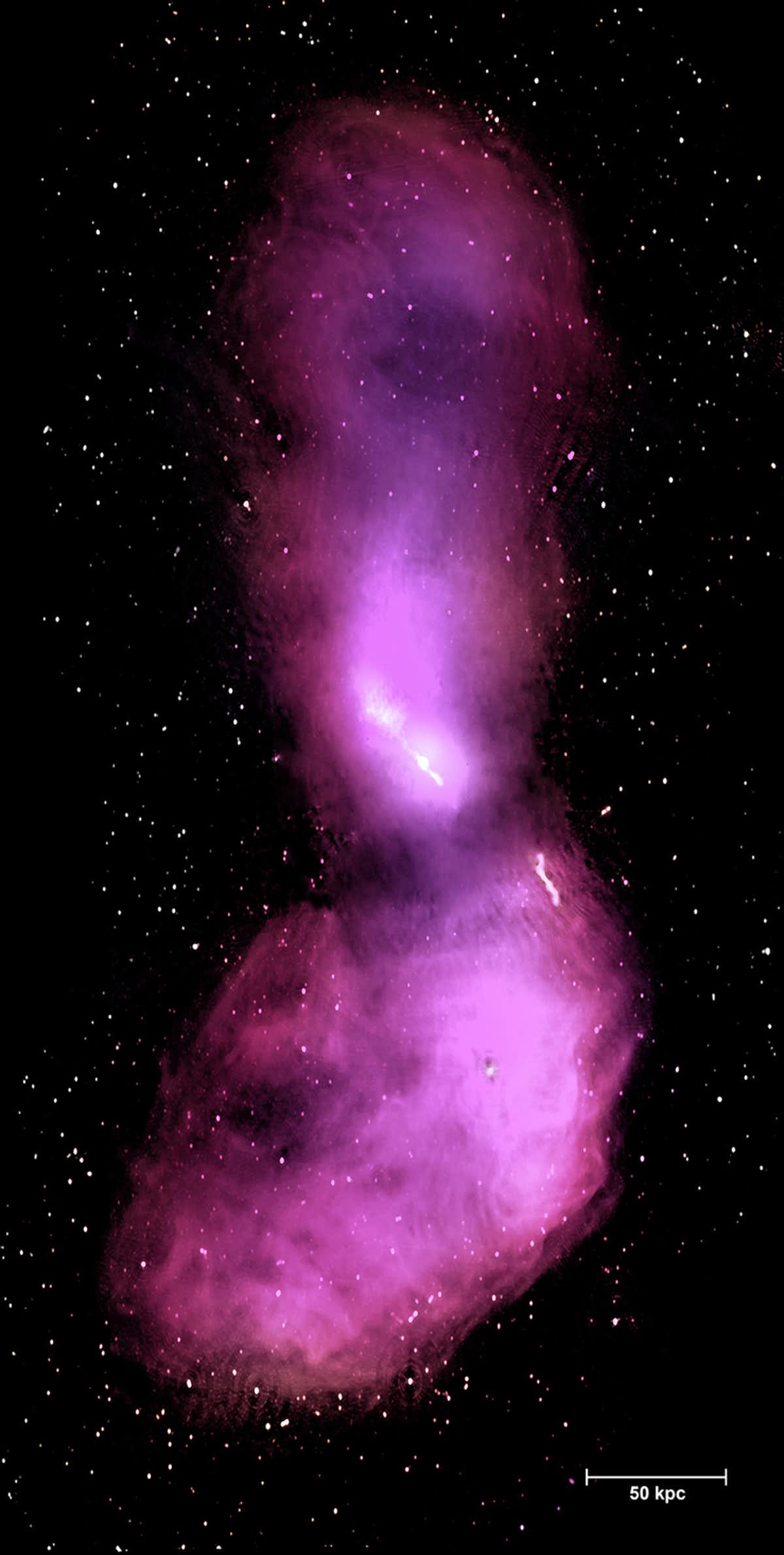 Particles emitting radio waves (shown in purple) stream millions of lightyears into space from the supermassive black hole at the heart of the galaxy Centaurus A, as observed with the ATCA by Ilana Feain and colleagues. Credit: Author provided

The ATCA has been instrumental in identifying the sources of gravitational wave signals, such as colliding black holes or neutron stars. It has mapped the gas in nearby galaxies and has, unexpectedly, discovered gas in clusters of galaxies billions of light years away. 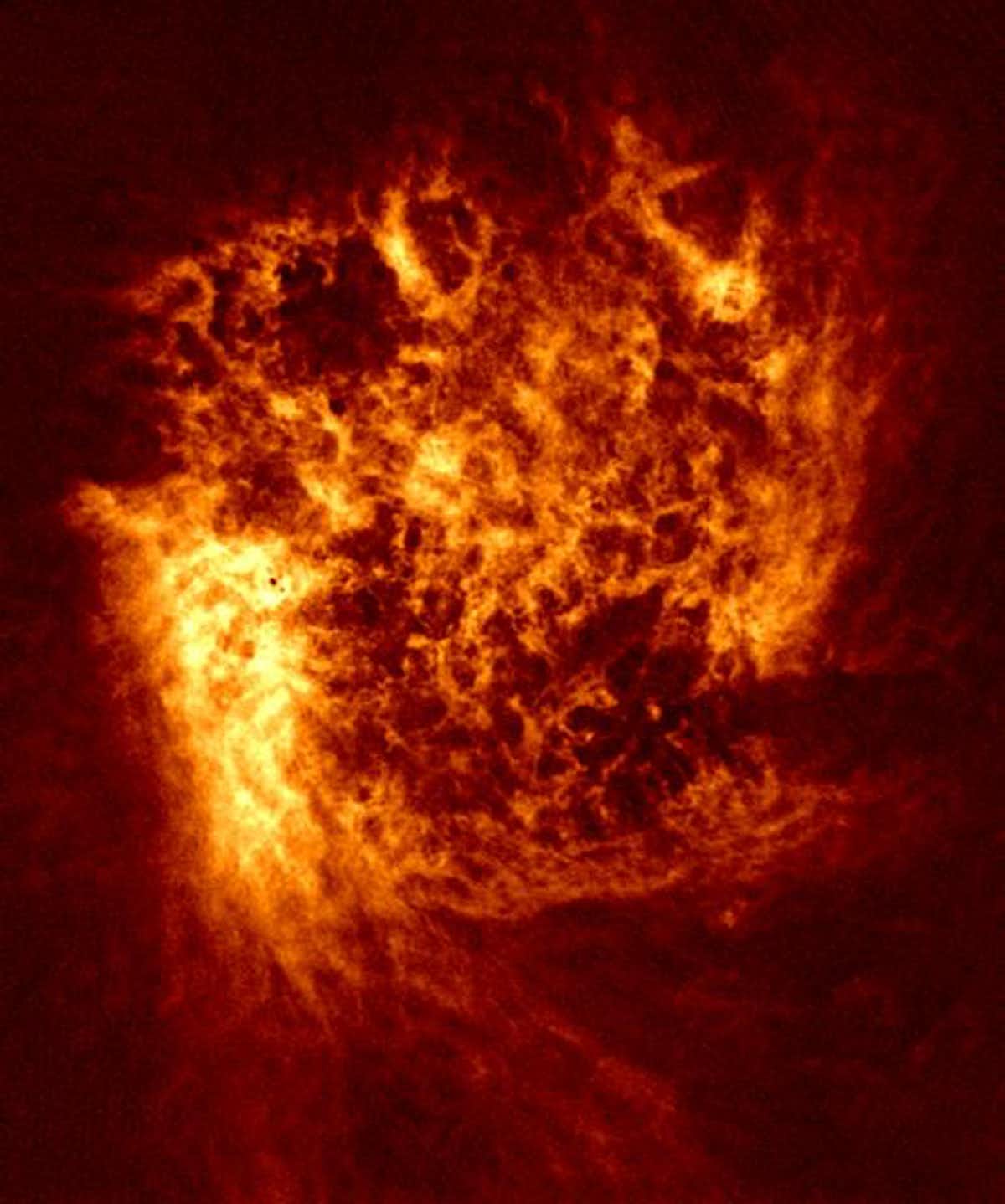 Hydrogen gas in the Large Magellanic Cloud, a companion galaxy to our own Milky Way, observed with the ATCA by Sungeun Kim and colleagues. Credit: CSIRO 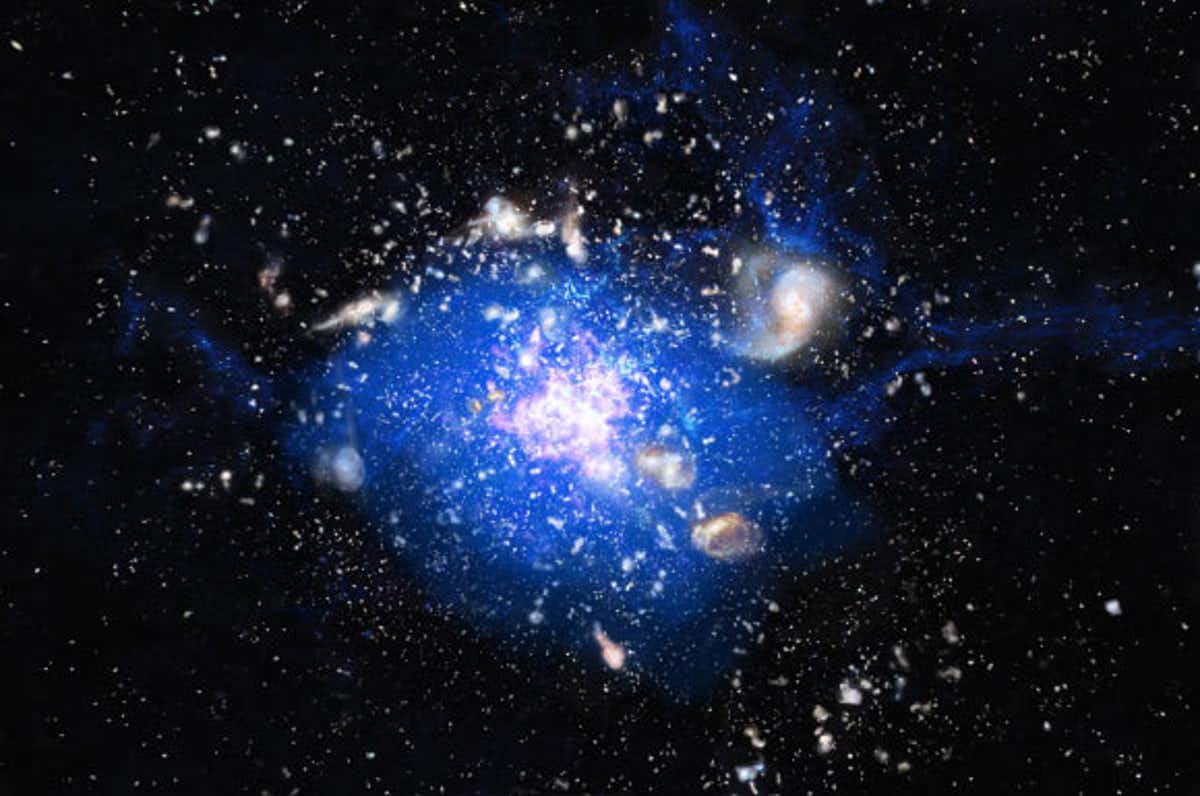 Carbon monoxide gas (shown in blue) in the Spiderweb cluster of galaxies, 10 billion light years away, observed with the ATCA by Bjorn Emonts and colleagues. Credit: M. Kornmesser / ESO.

ASKAP is set to survey radio-frequency signals across the whole sky, increasing our knowledge of the radio sky by a factor of about 30, and providing new views of the Universe, potentially leading to unexpected discoveries.

So you might think the 30-year old ATCA could now be retired. However, the demand for the ATCA will increase, not decrease.

ASKAP looks at a huge area but doesn’t see in great detail. But when ASKAP makes a new discovery, ATCA can look at it with higher resolution and using a different range of frequencies. This versatility will be vital for understanding what ASKAP’s discoveries mean. 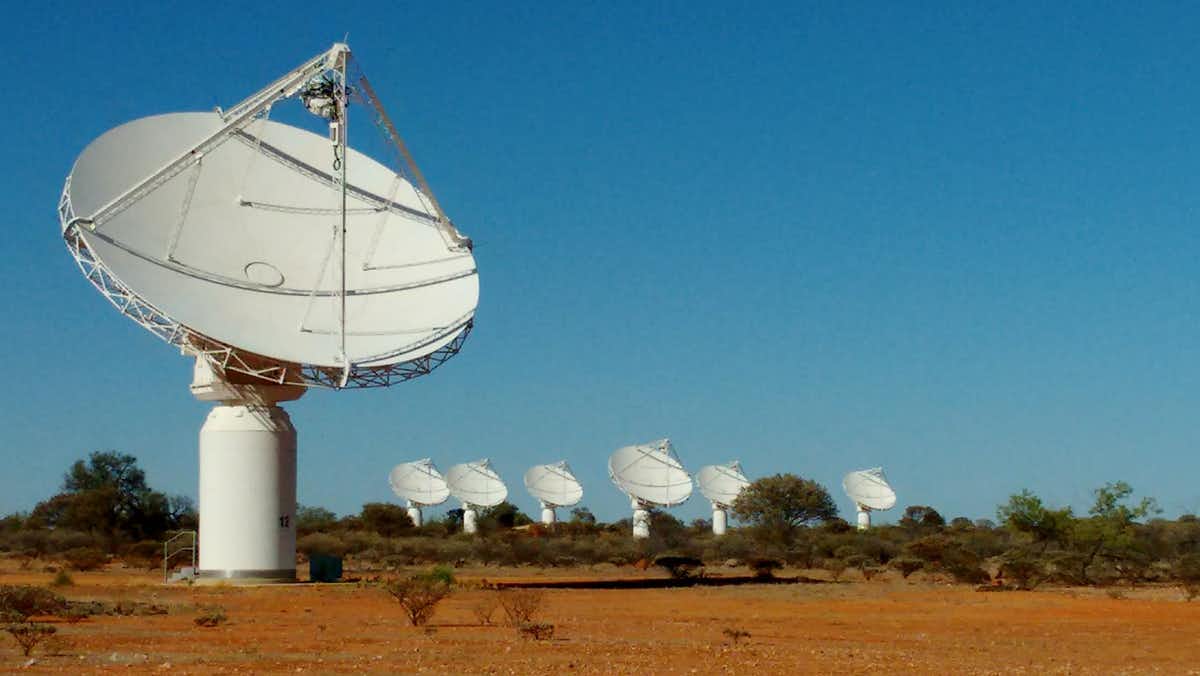 The ASKAP telescope near Murchison in Western Australia. Credit: CSIRO

How do you refurbish a 30-year old telescope for a reasonable cost? The answer lies in the fact that the large dishes are only the first stage of a signal processing system, and the ATCA’s dishes are still amongst the best available.

Just as important as the dishes are the computing hardware and software to interpret the signals received by the dishes – these are the brain of a modern telescope. Modern computing techniques mean that this brain can be doubled in speed and versatility for a modest cost.

ATCA will receive A$530,000 from the Australian Research Council towards an A$2.6 million project, led by Western Sydney University and CSIRO, to replace the electronic “brain” of the telescope, which was originally built using custom chips and hand-crafted code. The rest of the funding will be provided by CSIRO and other university partners.

The upgraded telescope will have a state-of-art heart using Graphics Processor Units first designed for Playstations and Xboxes, together with modern signal processing techniques and cutting-edge software.

This will double the amount of bandwidth that can be observed, and make ATCA far more versatile than its old hard-wired hand-crafted brain could manage. The upgrade will vastly increase its ability to understand the science from the discoveries made with ASKAP, and to detect radio signals from gravitational wave events.

For example, using ASKAP we have recently discovered many strange and unexpected objects such as the two “dancing ghosts” show below. 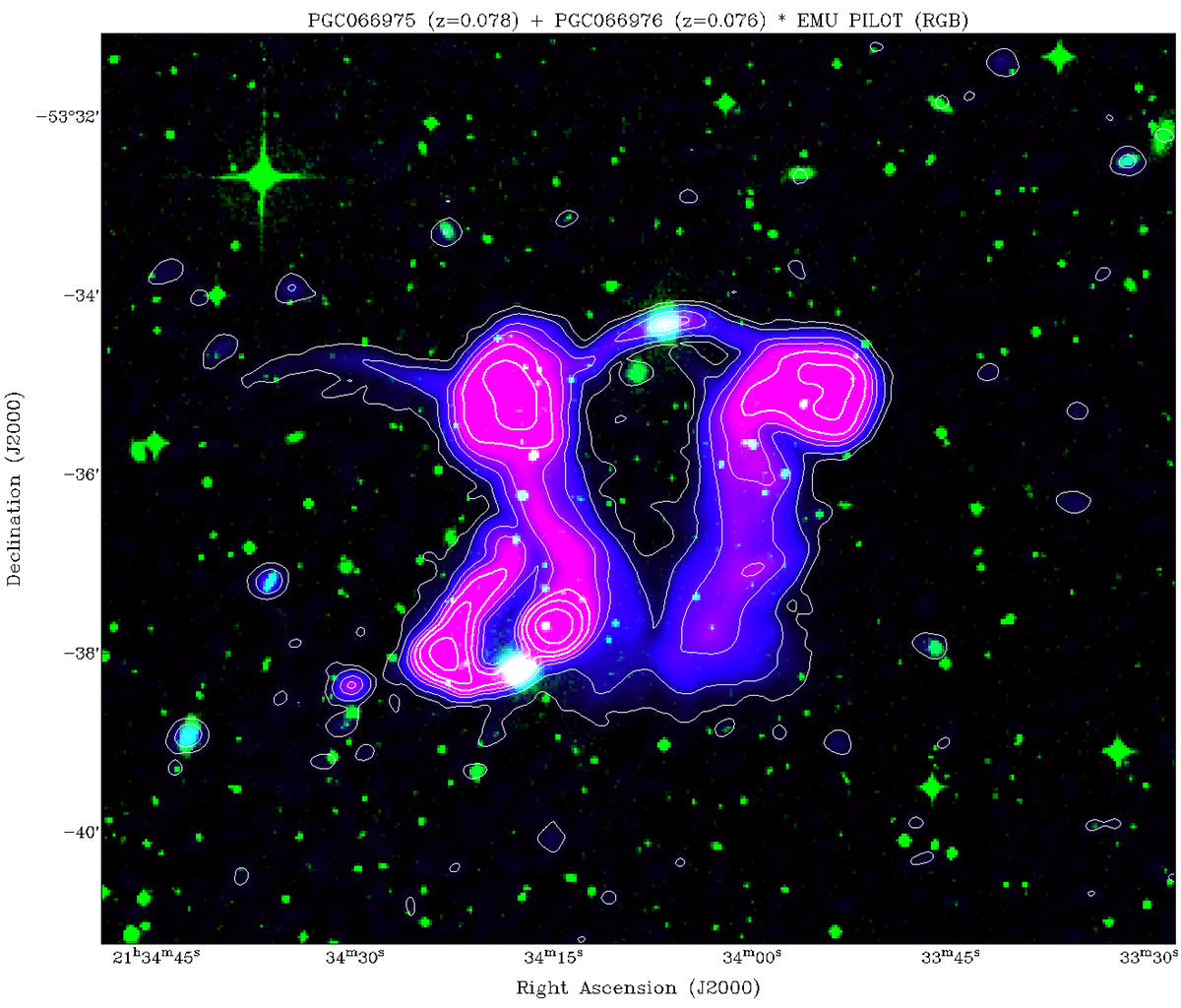 Two ‘dancing ghosts’ recently discovered using ASKAP, which might be a binary system of black holes about to merge. Credit: Baerbel Koribalski / CSIRO

The upgraded ATCA will be able to give us a detailed picture of these objects at many different frequencies, helping to locate their parent black holes and clear up what’s happening.

After the brain transplant, the rejuvenated ATCA will begin its second career. It will enable Australian researchers to do more ambitious research despite the increasing radio-frequency interference from radio transmitters, make more discoveries, and perhaps understand some more of the mysteries of the Universe.

Find out more about the ATCA