Many Australian plants have strategies to cope with fire and some species even take advantage of bushfires to germinate. 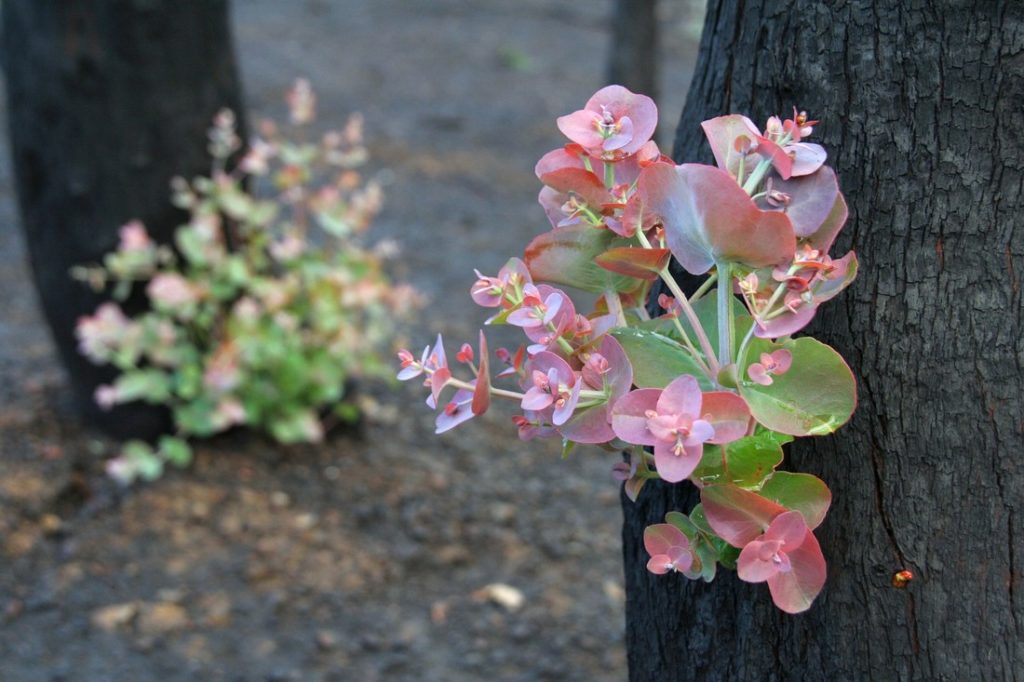 Epicormic growth from under the bark of eucalypt trees after the Black Saturday bushfires in 2009. Photo credit: Rob Kerton.

How do native plants cope with bushfires? Most Australian plants are fire-adapted and have strategies to cope with fire. Some species even take advantage of bushfires to germinate.

The 2003 Canberra bushfire burnt sites in natural bushland where we had been studying plant biodiversity. Ten years after the bushfires, our tracking revealed the plants were doing well. Native plant species were able to re-establish because their seeds were protected in soil or held on the plants.

Eucalypts usually handle bushfires well. Many species will regenerate from lignotubers (a swollen growth) at the base of the tree. Other species regenerate from epicormic shoots under the bark. This explains the sudden appearance of leaves along their trunks after fires.

Bushfires can easily destroy eucalypt species, such as Mountain Ash, due to their thin bark. The heat of the fire triggers the seeds to begin growing. This takes advantage of sudden forest clearings and can be beneficial if the fires are not too frequent. It can take up to 15 years for ash trees to mature and set seed.

Many endemic orchids grow in the areas burned by the Australian bushfires. The fires would have severely impacted epiphytic orchids, which grow on the twigs and branches.

“Other species will eventually regrow, flower and reproduce. If its insect pollinators are still present, a single orchid flower can produce up to 50,000 seeds per capsule,” he said.

“These seeds can be dispersed great distances by wind and this enables orchids to recolonise habitats after bushfires.”

Terrestrial orchids, which grow on the ground, can survive bushfires because the main reproductive organ remains underground.

“Many species flourish and flower profusely the following year after a major bushfire. Many people are already eagerly anticipating the beautiful displays of the next flowering season,” Mark said.

“However, the fires would have badly affected species that inhabit wetter forests and their recovery will be slow.”

The new species Prasophyllum copelandii, known only from a single site on the New England Tablelands, has been severely affected.

“It may be extinct if other plants cannot be found elsewhere,” he said.

There are snippets of good news for orchids, including a rare species from Pambula.

“Bushfire in this area is likely to have provided ideal conditions for Corunastylis rhyolitica. We hope it will respond by flowering and reproducing next season,” he said.

Soil crusts can take decades to form after fires or damage like grazing or off-road driving.

A weed is any plant not native to an area. They can include garden plants as well as invasive species like some members of the grass, pea and daisy families.

Areas burned by bushfires may be vulnerable if invasive weeds can colonise these areas faster than native plants. Some weedy species, such as African lovegrass, can increase the intensity of fires. This can cause long term changes to native plant communities. 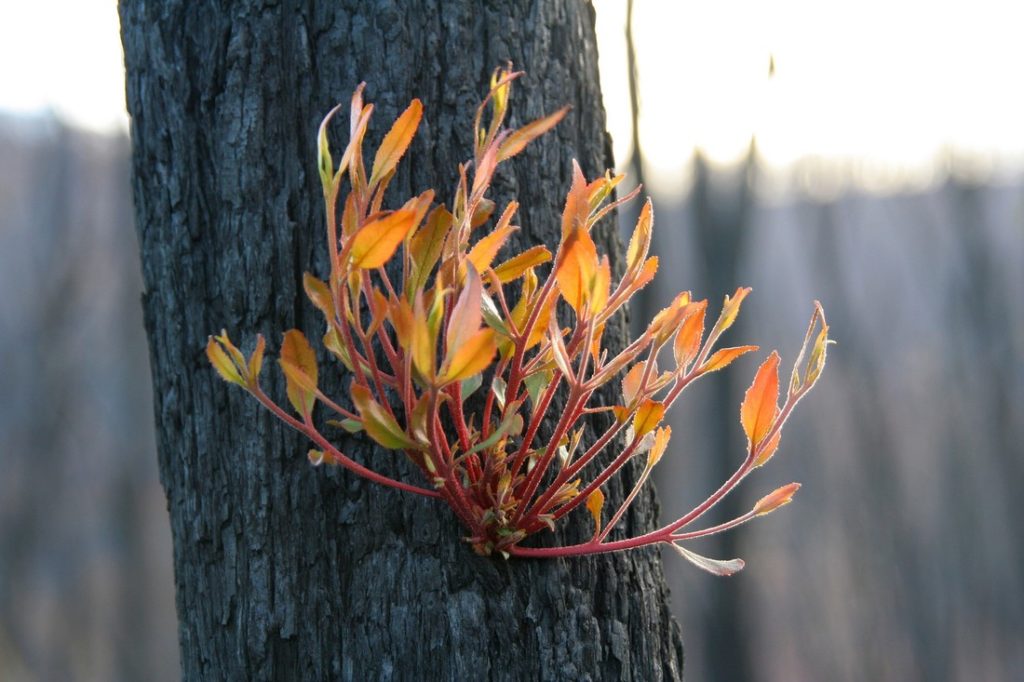 Both extreme drought and fire has affected many plant communities. Patches of remnant rainforest on the southeast coast may never recover from the current Australian bushfires. These bushfires have impacted Australian insects and other native fauna.

We are studying the impacts of the Australian bushfires on plants by using Australia’s biodiversity records. And producing maps of plants known to occur in bushfire impacted areas.

Thanks to David Jones and Lachlan Copeland for contributing information about orchids.

Find out more about our bushfire research

Previous post:
A brain transplant for one of Australia’s top telescopes
Coming up next:
Australian of the Year: our scientist up for top gong