For all of our readers sporting a wedding ring, here’s an interesting little tid bit you may not know – if it’s gold, it could weigh upwards of four tonnes – that could be how much ore, or rock, was dug out of the ground and processed to produce it.

Now that the value of gold has climbed over US$1600 an ounce, just one gram of gold per tonne of ore is profitable to mine and that’s lucky for you, because ores with larger quantities of gold are much harder to find these days.

Wedding rings commonly weigh around four to five grams so at some of today’s concentrations, that means almost four tonnes of ore is processed per ring.

Gold is one of the world’s precious metals. Precious because there’s not much of it about and lots of people want it, hence the high price.

Silver is a lot cheaper, but there are almost no silver mines in Australia and it’s usually produced as a by-product from other sorts of production. For instance, natural gold nuggets are usually not pure gold, but gold alloyed with silver. 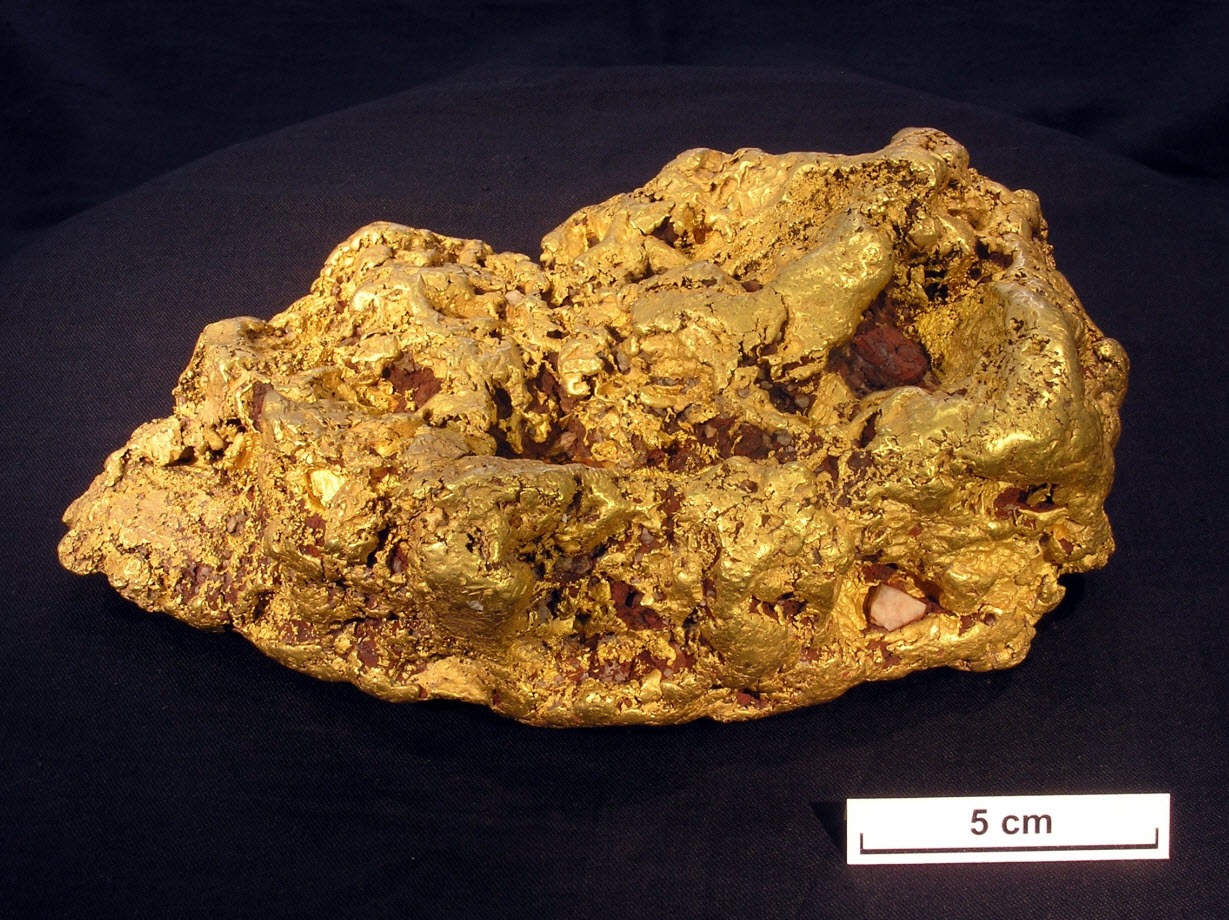 Pure gold is surprisingly dull and lifeless, but add just a few percent of silver and it glows. That’s why pure gold is rarely used in jewellery. The measurement of purity that most of us have heard of is the carat – 18 carat gold is 75 per cent pure. So that means a quarter of your ring is made up from other metals, probably silver or copper.

So next time you look down at your ring, remember the effort and the sheer weight and volume of material that went into producing the gold to make it.

Of course, that pales into insignificance compared with what went you went through to get it in the first place.