Wormhole Wednesday – Did you Wave at Saturn?

Wormhole Wednesday – Did you Wave at Saturn? 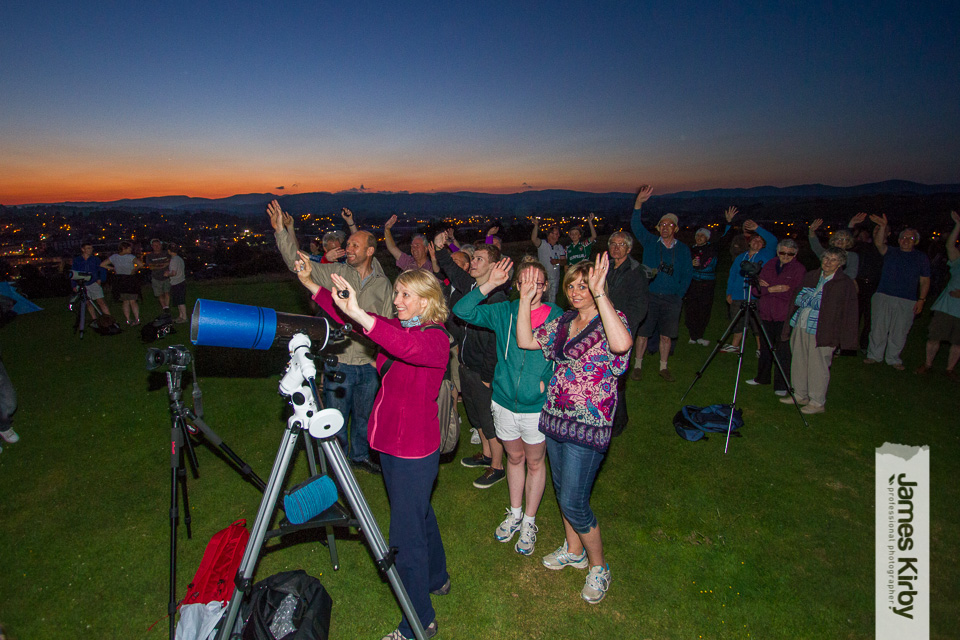 Near Kendal Castle in Cumbria, UK, people gathered to gaze at and wave at Saturn. Image: James Kirby

So, did YOU wave at Saturn last weekend? No!! Well, don’t despair, I’m sure some stray photons bounced off you and travelled around the Earth and out into space and across 1.4 billion kilometres of void and into the waiting cameras of NASA’s Cassini spacecraft orbiting the ringed planet.

If you didn’t get outside around 7.27am AEST on Saturday 20th July, then you missed out on an event which had people around the world looking skyward and considering their place in the universe. If not for the long distance photo opportunity and if for nothing else, it was great participatory science. 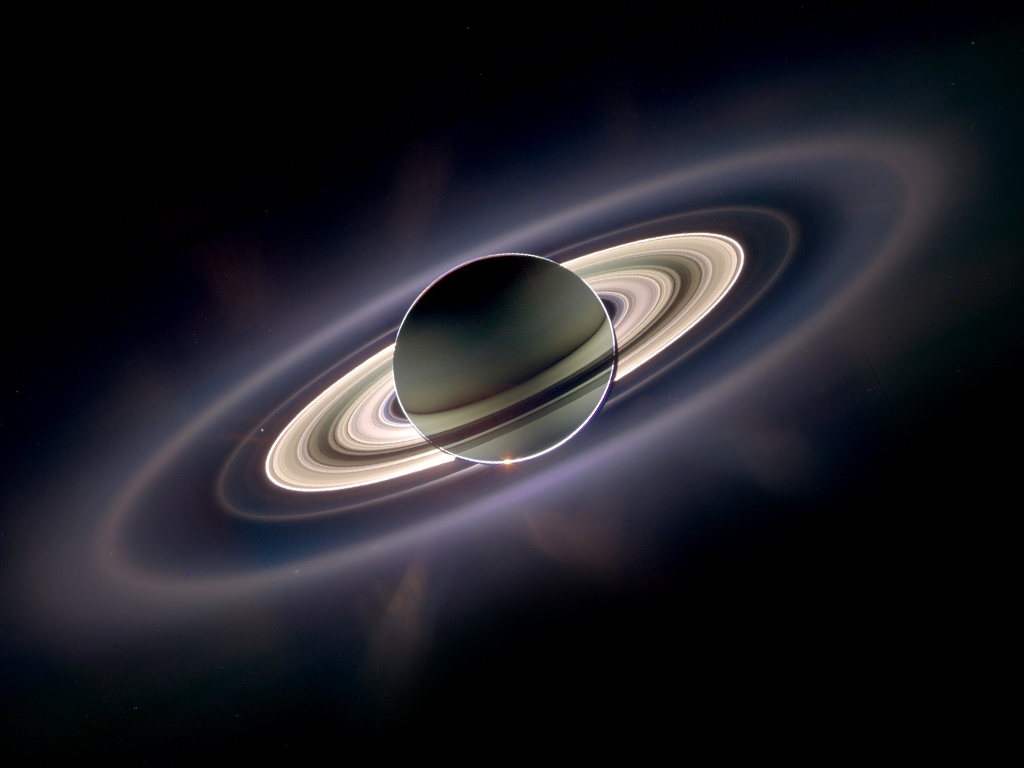 A previous observation of Saturn taken by the Cassini spacecraft. Earth can be seen as a small point of light between the rings on the left. Image: NASA/JPL/Ciclops

The idea came from the Cassini imaging team – an observation of Saturn which would include Earth in the same image sequence. It’s been done before but never pre-announced to the wider public. NASA’s Jet Propulsion Laboratory (JPL) thought the idea of Saturn being ‘photobombed’ by the Earth as an excellent education and outreach opportunity. A unique way to engage people around the planet in a global expression of interest in science, art and space exploration.

An online campaign by JPL resulted in around 300 events across the United States and around the world. People gathered in places like Nigeria, England, Norway and Brazil, all stargazing and hoping to be a part of science/art/photography history. 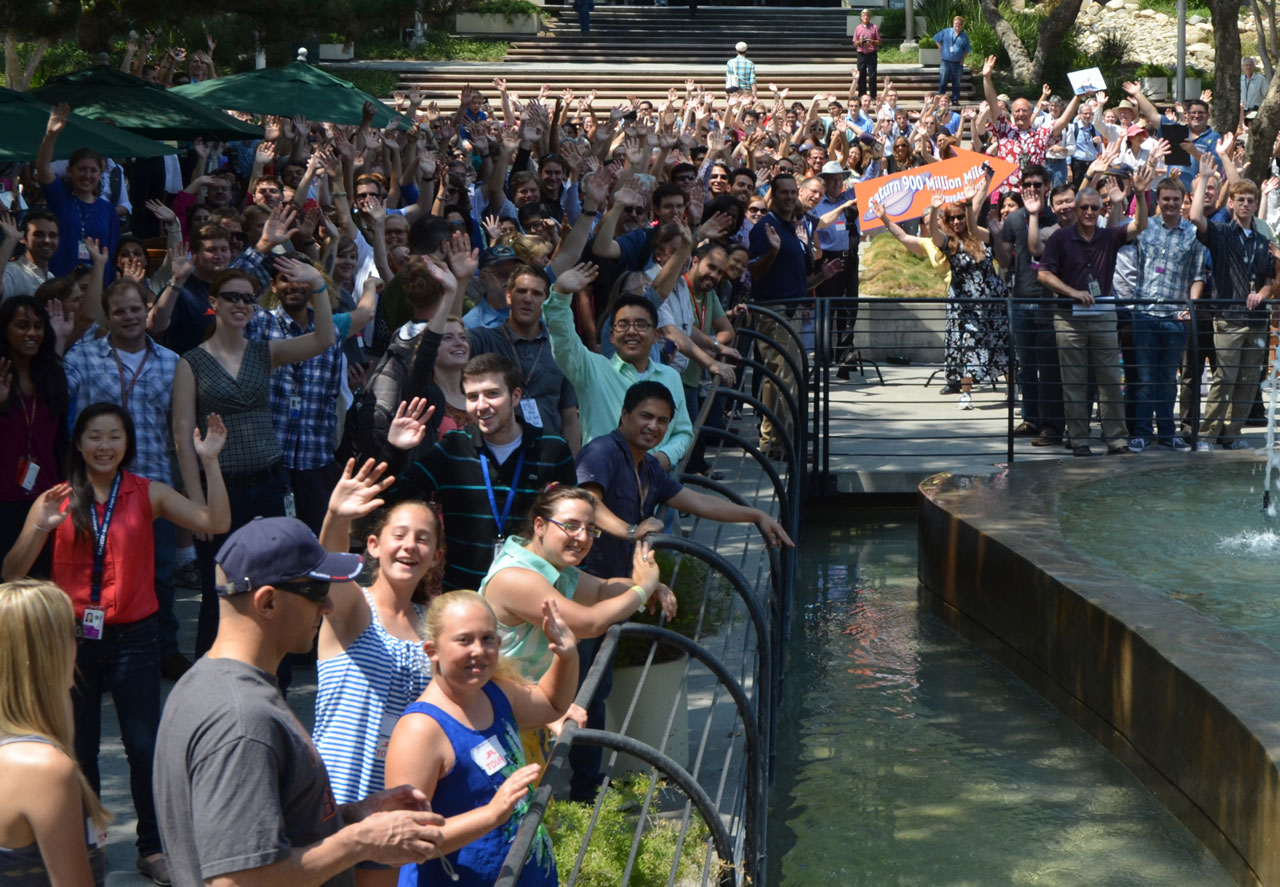 Crowds on the Mall at JPL in Pasadena, California. A great day to Wave at Saturn. Image: JPL

Once the image was taken, the actual data had to be returned to Earth. Received through the antennas of NASA’s Deep Space Network, the CSIRO’s Canberra Deep Space Communication Complex played its role in capturing the image data later that same day. Soon after it was delivered to the mission scientists, compressed JPG versions of the individual frames making up the image were released on the Cassini website and made available to the public. 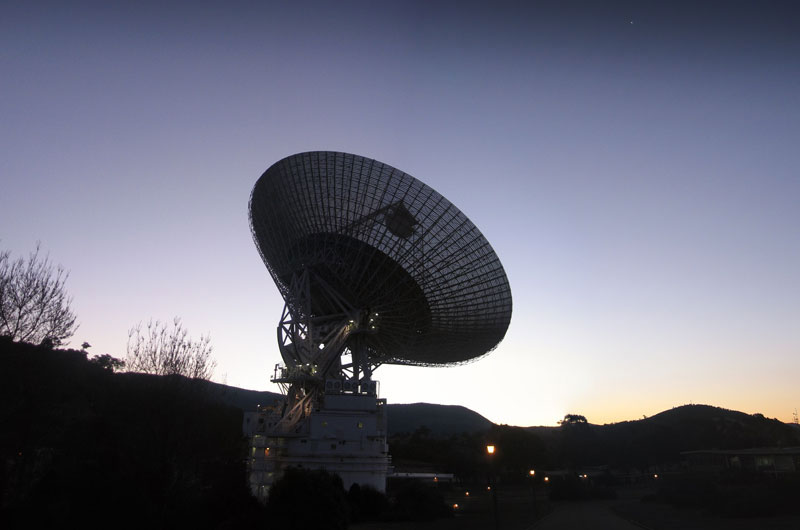 Grabbing the image files and running them through programs like Photoshop, in no time at all there were dozens of versions of the image ready and being keenly sought out by the public and media. The mosaic took only minutes to produce and while rough looking at first, later iterations with the full resolution data will reveal Saturn and its rings in all their glory.

An early mosaic of Cassini images produced from the compressed JPG files available on the NASA website. Raw images: NASA

A preview of the final image is hinted at in two images produced by amateur space image processing enthusiasts from the UnmannedSpaceflight website. Taking the red-green-blue filtered images on the Cassini public website, they have produced a small colour segment of the larger image. One shows a small pale blue dot just below Saturn’s rings – yes, that us! 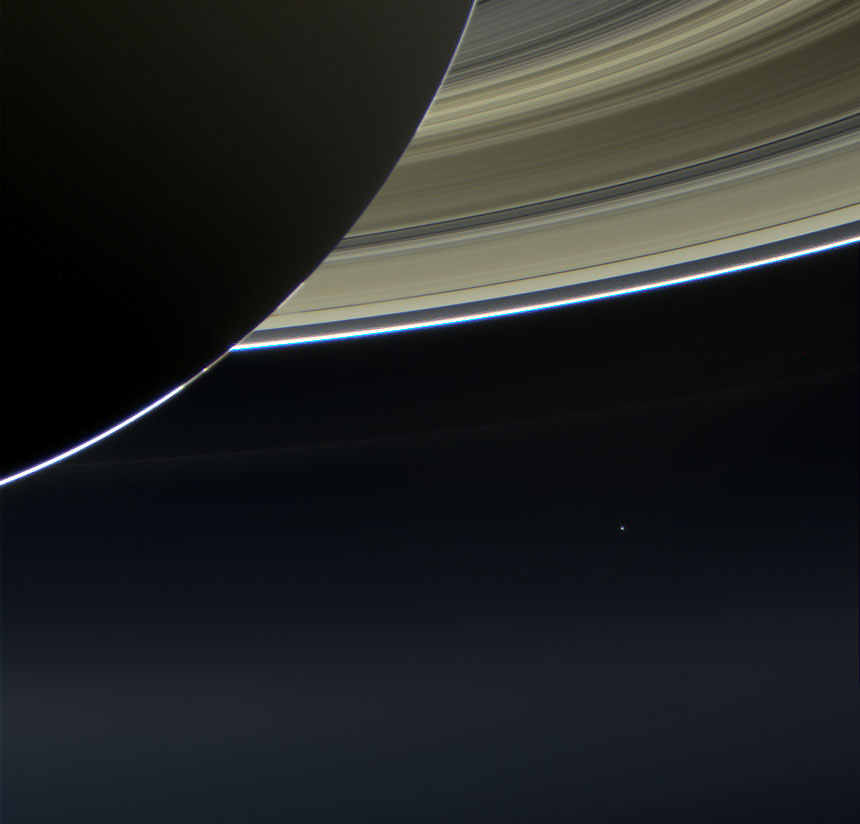 The pale blue dot of Earth is seen just below the rings of Saturn. Raw images: NASA

Maybe you’re in there somewhere. Were you waving? The second photo might be a bit more revealing. It shows not only the Earth as a shining light in the heavens, but right next to it, another place where human beings have walked and maybe waved too. The Moon.

The Earth and Moon as captured from 1.4 billion kilometres away by Cassini’s cameras. Raw image: NASA

So, if you didn’t get the chance to Wave at Saturn on the weekend, don’t worry, just take every opportunity to look up, stare at the heavens and if so inclined give the Solar System a wave. There are lots of spacecraft out there, taking pictures in every direction and every now and then, they take a snap of their home planet, your planet, Earth.

Previous post:
Preventing a pathway for pathogens
Coming up next:
The water purification systems arrive in Hobart!