We’re working to provide Australian cancer patients with revolutionary new therapies known as theranostics to fight even the most difficult-to-treat cancers.

Cancer remains one of the biggest causes of death in Australia. This year alone, an estimated 50,000 people nationwide will lose their lives to this complex and multifaceted disease – that’s about 140 of us each and every day.

Though the global and decades-long battle against cancer is seeing success, with increased survival rates in cancer patients overall, many forms of cancer remain incredibly difficult to treat.

We’re working hard to change that.

Through a new partnership with one of Australia’s largest cancer care providers and an emerging area of science called theranostics, we’re working to develop new therapies to fight even the most ‘untreatable’ cancers, and trial them right here in Australia. 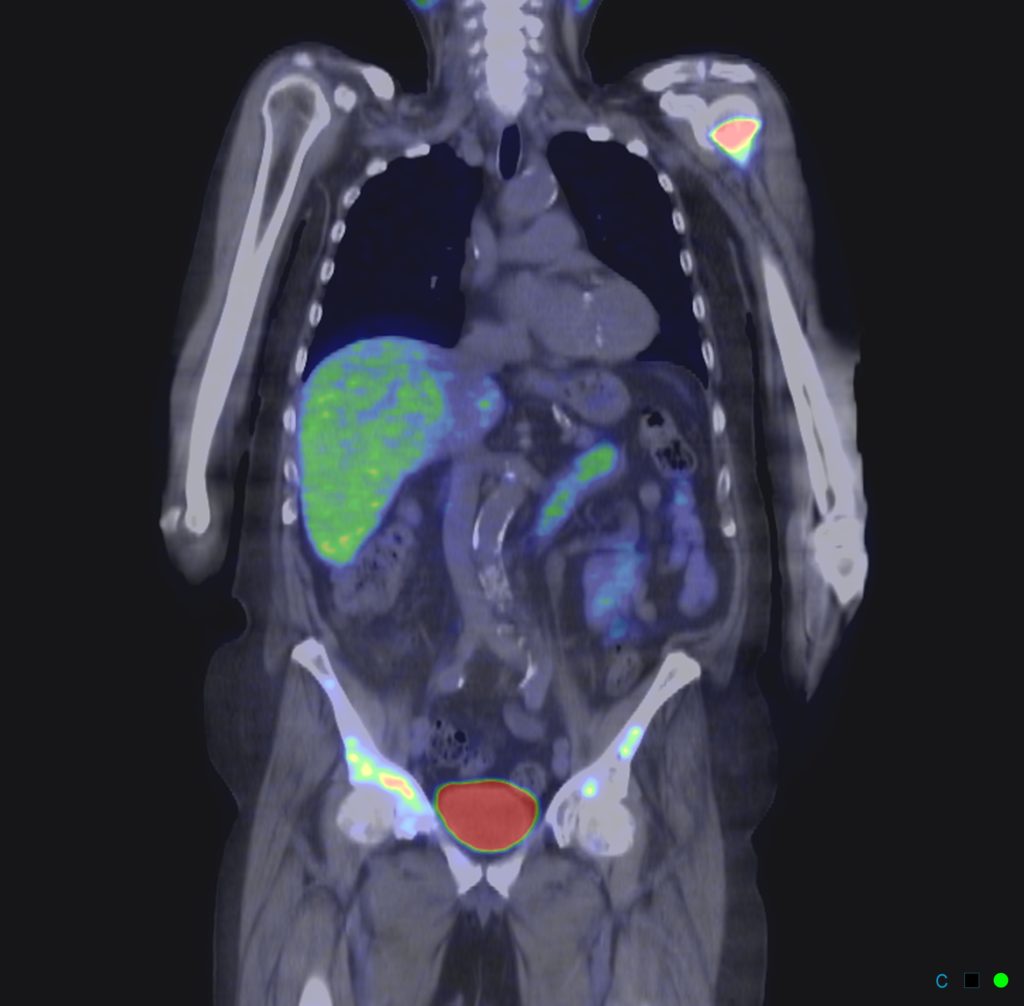 On the whole, cancer survival rates have improved, but people diagnosed with the most lethal forms of cancer — such as pancreatic and lung cancer — still have less than a one in five chance of surviving at least five years after their diagnosis. In fact, these types of cancers cause more than half of all cancer-related deaths.

Those who have metastatic cancer (where their cancer has spread to other parts of their bodies) face a similar distressing prognosis with very little available to them in terms of treatment.

Our new partnership with GenesisCare — one of the country’s largest cancer care providers — is powering the research we need to bring new, highly targeted therapies to patients suffering from some of the most fatal types of cancers including brain, pancreatic, ovarian cancer and metastatic cancers.

Our work with GenesisCare means that Australians will get access to any new therapies that are developed before the rest of the world because clinical trials will be based in Australia.

So, what sets theranostics apart from conventional cancer treatments? 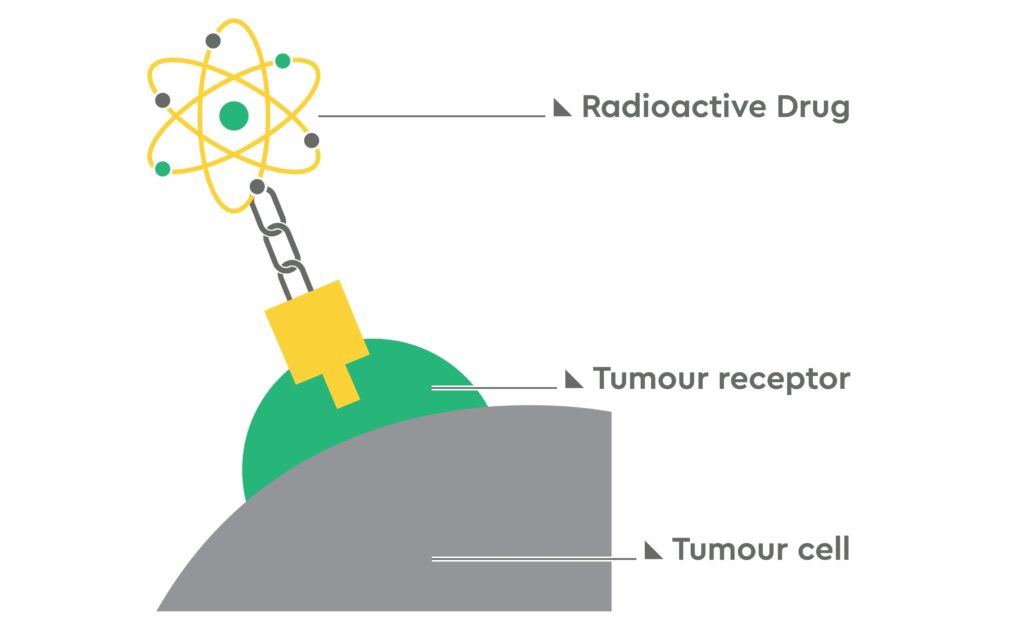 That’s where theranostics comes in. Theranostics is a type of precision medicine which can be used to provide highly targeted cancer treatment, using molecular level diagnostics and therapy to find and attack individual cancer cells in a person’s body, leaving the neighbouring healthy cells alone. This is quite unlike systemic cancer treatments such as traditional chemotherapy, which can attack both cancerous and healthy cells, often causing debilitating side-effects for the patient.

Our scientists will be working to discover the unique signatures that are present for the cancer types we’re looking to treat, and then design special molecules to find and attach themselves to those cells. These molecules can then show us exactly where the cancer is located in the body, and deliver radiation directly to the cancer cells.

You can think of these molecules as ‘homing missiles’ that find and latch onto cancerous targets, allowing for highly targeted drug delivery.

You may not know it, but theranostics is already being trialled to better treat prostate and neuroendocrine cancers —with a rapidly developing body of evidence. 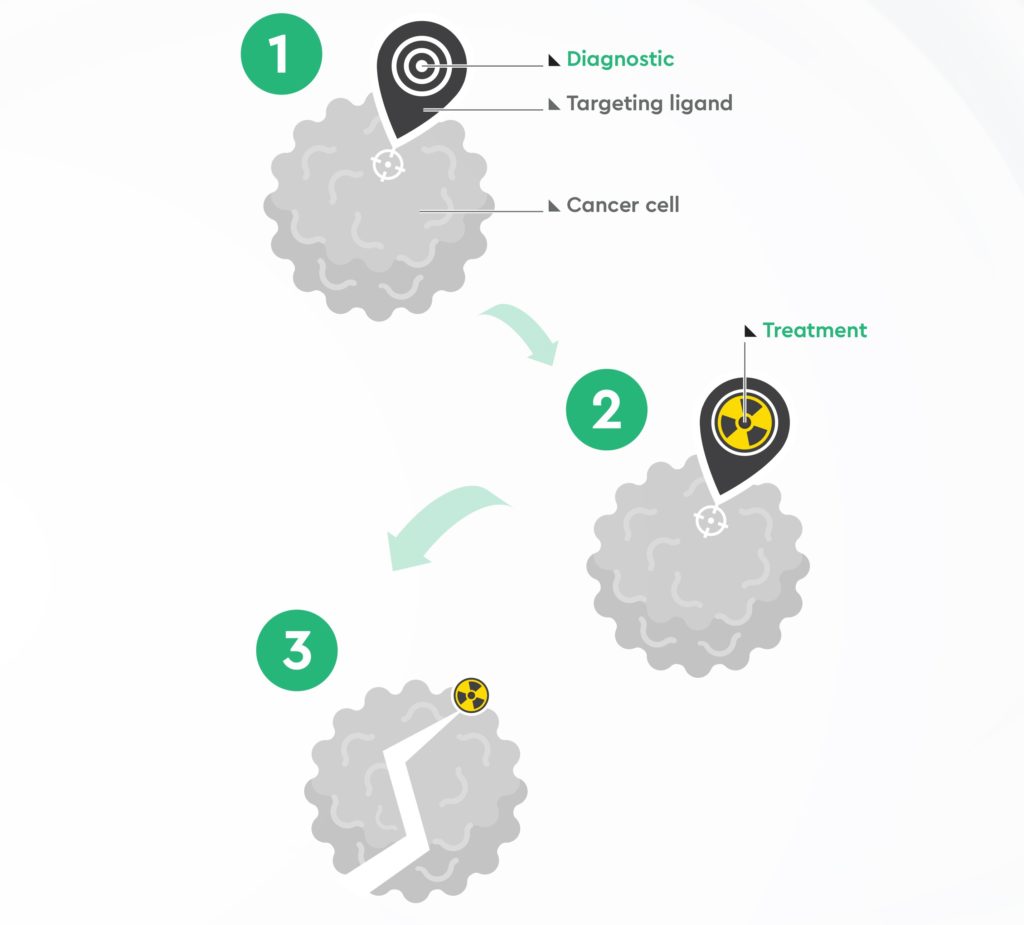 The future of health monitoring and treatment

This new project is one of many we’re working on as part of our Probing Biosystems Future Science Platform: a multi-year, multi-disciplinary investment in our collective future, through devices and systems for real-time health and well-being monitoring.

More futuristic tech is on the horizon with our Probing Biosystems Future Science Platform.

Previous post:
El Niño has rapidly become stronger and stranger, according to coral records
Coming up next:
Pint of Science will quench your thirst … for knowledge