Cutting the steel for the vessel started in Singapore, heralding a new era in marine and atmospheric research for scientists.

Australia’s ocean territory is the third largest in the world and includes unique biodiversity and valuable resources and marine science is critical for the sustainable management of our ocean assets. 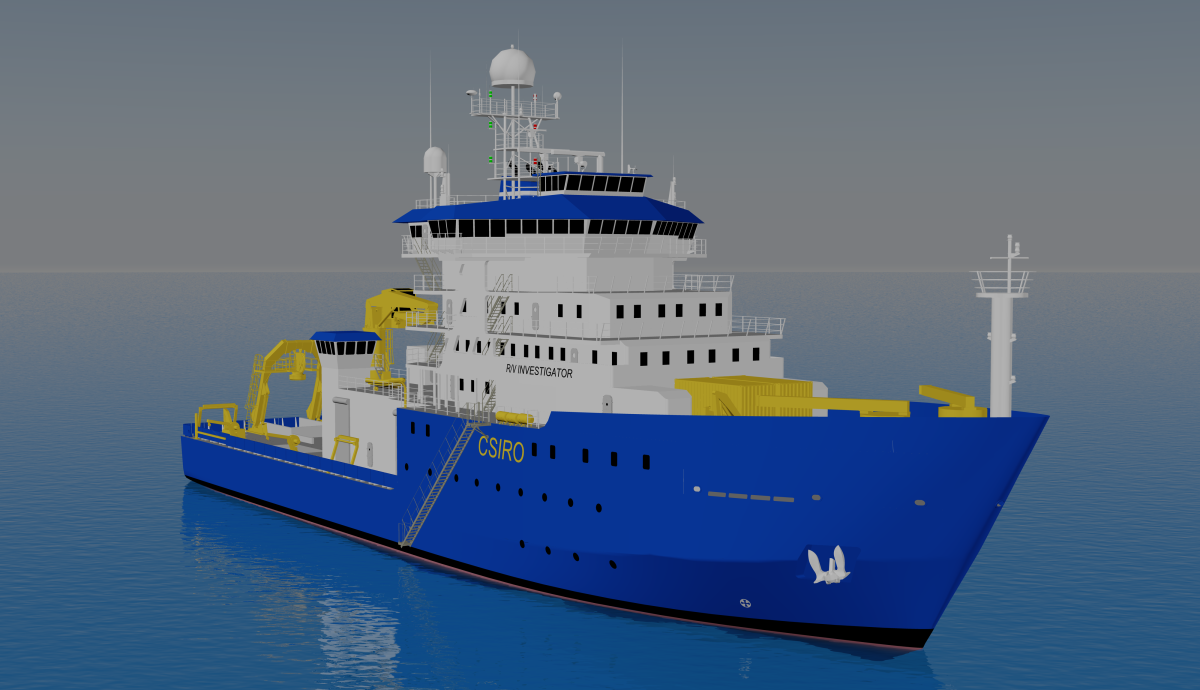 Not an exact representation of the new vessel – but this gives you an idea of how she will look.

The Executive Director of the Future Research Vessel Project at CSIRO, Toni Moate, who is attending the steel cutting ceremony in Singapore, said the 93.6 metre research vessel will be capable of conducting marine research from our coastal waters, to the Antarctic ice edge and to the tropical waters to the north.

The contract to design, build and commission the vessel was awarded to Teekay Holdings Australia, which partnered with the Sembawang Shipyard in Singapore because of its track record and strong commitment to new technologies and innovation.

“The equipment on board our new world-class vessel will for the first time allow Australian scientists to carry out advanced atmospheric research on board the Marine National Facility,” Ms Moate said.

“It will also be capable of mapping the seafloor six kilometres below the surface, conducting deep water coring to 24 metres and it will have the latest satellite communications technology.”

Investigator will be operated by CSIRO and will be available to all Australian marine scientists. It replaces the existing Marine National Facility ship, Southern Surveyor, which is 40 years old.

Previous post:
Warming in the Tasman Sea a global warming hot spot
Coming up next:
Students put theories to the test