What’s in your porcini packet? You may find a new species … or three

What’s in your porcini packet? You may find a new species … or three

Mycologists – scientists who study fungi – estimate there are up to five million species of fungi on Earth. Of these, only about 2%, or 100,000 species, have been formally described. So where are the other 98% of fungi hiding?

At least three, it seems, were hiding in a supermarket packet of dried porcini mushrooms from China. Mycologists Bryn Dentinger and Laura Suz from the Royal Botanic Gardens in Kew, UK, used DNA sequencing to identify three new species in a packet of dried porcini mushrooms purchased from a supermarket, and report their findings in the journal PeerJ today.

The internal transcribed spacer (ITS) is a DNA region commonly used to identify fungi. (In fact, it’s been called the “universal DNA barcode marker for fungi”.) In their PeerJ paper, Dentinger and Suz compared previously published ITS sequences for porcini and discovered significant differences in three of their packet of dried mushrooms, enough to mark them as new species.

Their work also highlighted the use of modern DNA sequencing technologies for identifying species in food, and for monitoring foods for quality and adherence to international regulations, such as the Convention on Biological Diversity.

Like an apple, a mushroom is the fruit of the fungus. It’s not the apple tree. 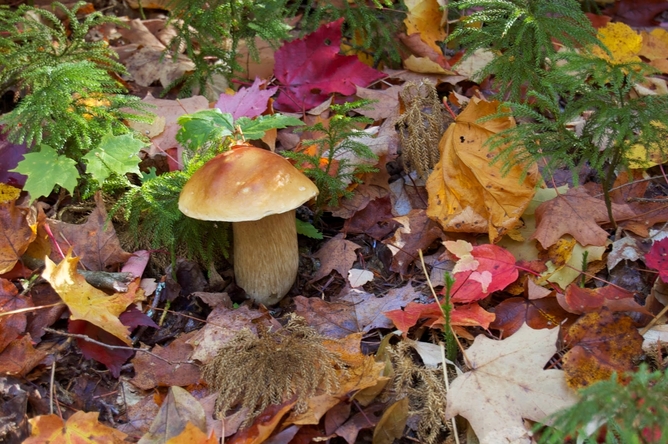 Typical porcini (Boletus edulis var. clavipes) in its natural habitat. This is not one of the newly discovered species (which are only known from the dried remains in the packet). Image credit – Bryn Dentinger

Most of the fungus grows below the ground, in a vast network of root-like tubes called hyphae. How vast, you might ask? Well, in a case known as the “humongous fungus”, a single clone (individual) of the honey mushroom (Armillaria ostoyae) has been shown to cover more than 900 hectares in Malheur National Forest in Oregon, USA. Estimates place the age of this gigantic fungal network at more than 2,000 years.

In Australia, some of our fungi are a little more modest in size, though perhaps bigger than you might guess. Nicole Sawyer and John Cairney at the University of Western Sydney have estimated the size of individuals of the Australian Elegant Blue Webcap (Cortinarius rotundisporus) at more than 30m in diameter – about the size of tennis court.

Despite the impressive size of some species, new species of fungi don’t get the same recognition as a new species of mammal, bird or reptile. But discoveries of novel species are the new norm in modern mycology – a change being driven by advances in our ability to sequence DNA.

It’s very important to better understand fungi, as they underpin the terrestrial biology of Earth. They associate with the vast majority of plants in a symbiosis called mycorrhiza.

Living both within plant roots, and out in the soil, they gather nutrients for the plant, and protect it against diseases and water stress, enhancing plant growth in exchange for sugars the plant produces via photosynthesis.

Without their fungal assistants, plants as we know them would not exist. Other fungi are vital decomposers and return nutrients stored in organic matter to the soil. While the most fungi are beneficial, some fungi are devastating plant pathogens, while a small number of fungi can cause disease in humans such as ringworm, trichosporonosis or aspergillosis.

Humans have also recruited an array of fungi to their cause. Products produced by fungi are used in medicine – many antibiotics come from fungi – and the production of a range of food products including soy sauce, blue cheese, bread, beer and wine. 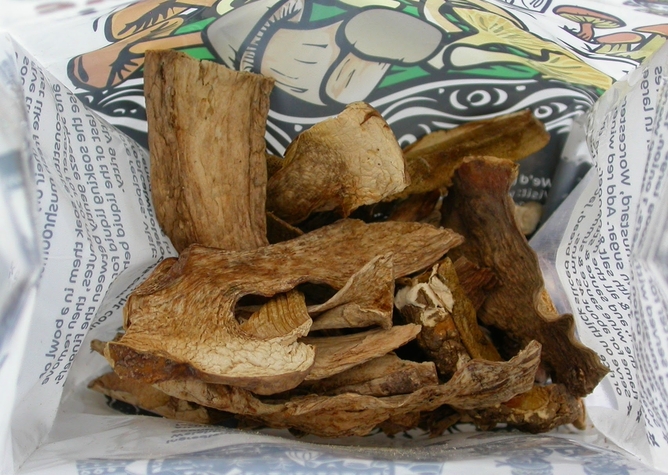 Numerous new fungi related to Malassezia (a yeast that causes dandruff in humans) have been found in marine subsurface sediments in the South China Sea by Chinese researchers from Zhongshan (Sun Yatsen) University, while scientists from the Woods Hole Oceanographic Institution in the US found the same Malassezia-like species from the Peru Trench in the Pacific Ocean.

The work in the Peru Trench used environmental RNA sequencing to guarantee that sequences observed were from environmental samples, and not contaminants from human skin.

Recent advances in modern DNA sequencing technology routinely yield millions of DNA fragments (reads) that can be quickly and accurately identified using classification tools. One such tool is the recently released Warcup ITS fungal identification set developed by CSIRO scientists in collaboration with the Ribosomal Database Project (RDP) and partners from the Western Illinois University and the Los Alamos National Laboratory in the US.

The Warcup ITS dataset allows identification, to species level, of thousands of ITS sequences within minutes.

The use of modern DNA technologies and classification tools may allow development of bioactive compounds for medicine, enhanced agricultural productivity, environmental damage repair, industrial applications such as biofuels and enzymes, along with food identification and potentially new food sources … sometimes in places you’d least expect.