What mining means to Australians: a national survey

What mining means to Australians: a national survey

A new national survey of 8,020 citizens reveals what mining means to Australians. While most Australians accept mining and think it makes an important contribution to our economy, they hold low levels of trust in in the industry and don’t feel they have a voice in shaping the industry’s practices. 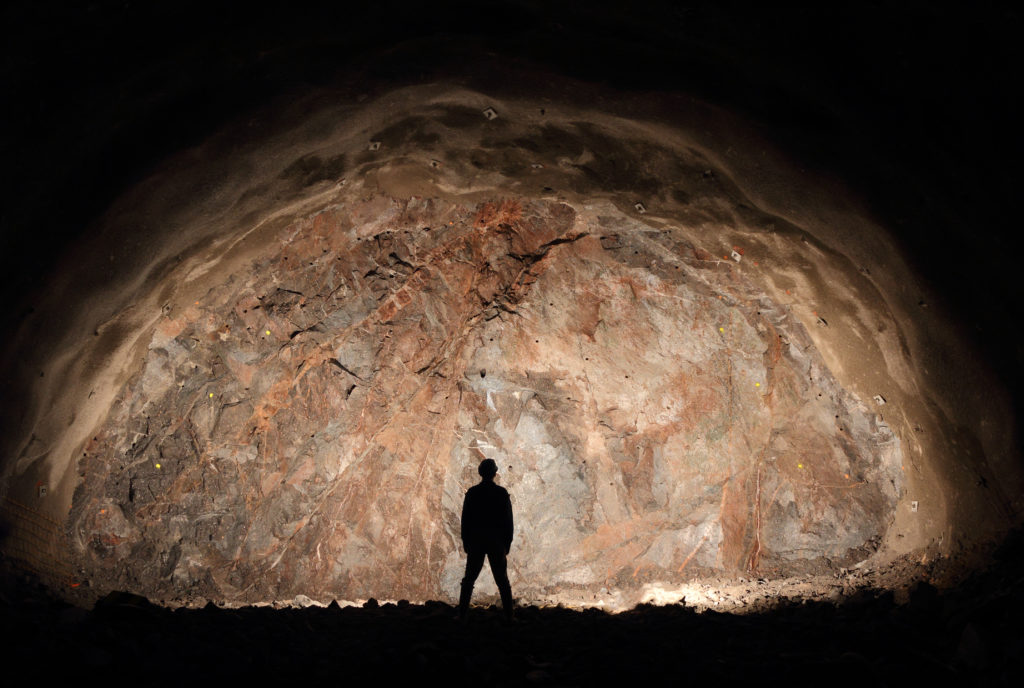 Mine, tunnel front, silhouette of a standing worker

A new national survey of 8,020 citizens reveals what mining means to Australians. While most Australians accept mining and think it makes an important contribution to our economy, they hold low levels of trust in in the industry and don’t feel they have a voice in shaping the industry’s practices.

Mining in Australia is not only a significant contributor to our economy—it’s our biggest export earner today.

But, this big business is not without its problems. The relationship between mining and society is complex and has not always been easy.

As community expectations grow, it’s critical for the industry to show it has a ‘social licence to operate’ not just with communities it works alongside, but with society more broadly.

In a new report released today, we surveyed 8,020 Australians on their attitudes toward mining to reveal what mining means to citizens across the nation.

The work aims to bring the voice of Australians directly to the table for a more constructive conversation around how to manage our resource base.

Mining is considered central to Australia, but there’s a lack of trust

Overall, most Australians accept mining and hold positive views about its contributions to the nation’s economy. Australians perceived mining as similarly important whether they lived in mining regions, non-mining regions or metropolitan areas.

Our survey found that most Australians accept mining and hold positive views about its role in contributing to the nation’s economy. 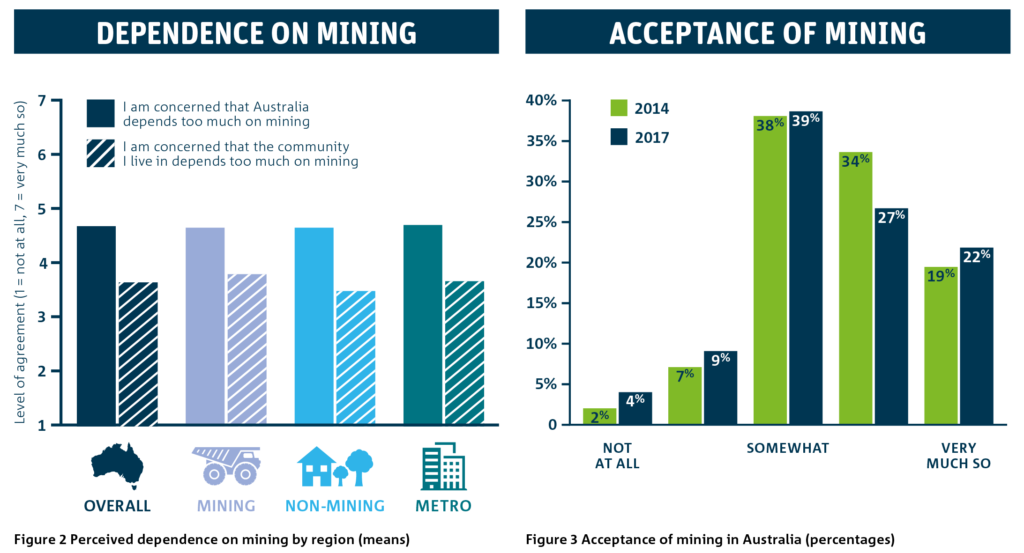 Participants perception of Australia’s dependence on mining versus their acceptance of the industry.

Where Australians are less favourable is on trust, issues of fairness, and confidence in governance.

Respondents held low levels of trust for the industry and the governance surrounding it. They felt they didn’t have a voice in shaping the industry’s practices. 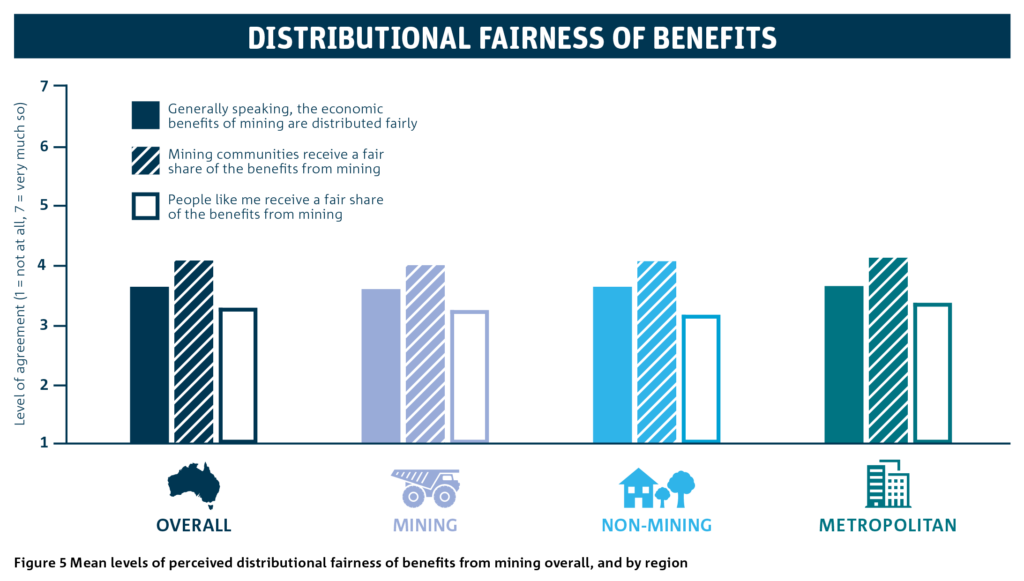 In this research, procedural fairness refers to whether individuals perceive that they have a reasonable voice in decision-making processes.

There is growing recognition that you can build trust and acceptance through the decision-making processes, the way the benefits of mining are shared amongst society, and the role of governance arrangements.

The challenge is that trust in institutions is low across the board, but there are some very tangible and practical ways that mining companies can improve their social performance.

For example, on-the-ground work using our Reflexivity solution helps mining companies better understand what their communities think of them and why—providing clear opportunities for responding and building greater trust in those relationships.

Through community surveys, individuals can engage with a company on an ongoing basis and in near-real time. We act independently, collecting the data and analysing it before reporting it back to the community and company. Companies can then act on the issues to build trust, making the communities feel heard.

Reflexivity goes beyond a simple summary of community insights, as it builds upon knowledge gained from surveys such as the National attitudes to mining survey, and similar studies conducted overseas.

By examining what citizens think about the impacts and benefits of mining, and the relationships that exist between the mining industry, governments and society, we add a new perspective to conversations about how mining takes place in Australia.

These data provide deeper insights into building greater trust and earning a social licence to operate.

Explore the key findings or download a copy of the Australian attitudes to mining: 2017 results report.

Previous post:
Six scientists you need to know (but have probably never heard of)
Coming up next:
How we’re helping the navy with its snorting problem