We're working on the next WALL-E

We're working on the next WALL-E

Humans have always had a bit of a fascination with robots, most vividly illustrated in some of Hollywood’s best films and cartoons. From WALL-E to Rosie the Robot in the Jetsons, the idea of building intelligent robots which help us in our homes or work is nothing new. So far, no one has been able to build a Rosie or Wall-E, but that might be about to change.

Our scientists are building a new generation of robots and IT systems that mirror some of the best loved robots from the silver screen. Their plan is to create a new category of bots known as Lightweight Assistive Manufacturing Solutions. In simple terms, IT systems and robotics which enhance human vision, strength and safety using virtual reality, telepresence and smart robotics.

They are focusing on robots for manufacturing which will assist, not replace, people in their jobs. Their vision is to have humans and robots working together. And to have robots on factory floors which can find their own way around, conduct multiple tasks and intelligently adapt to the environment they are in.

They launched a whitepaper outlining the plan at National Manufacturing Week this week. It’s going to take a while, but real-life WALL-Es (with a little less Hollywood glitz) could be here sooner than you think. 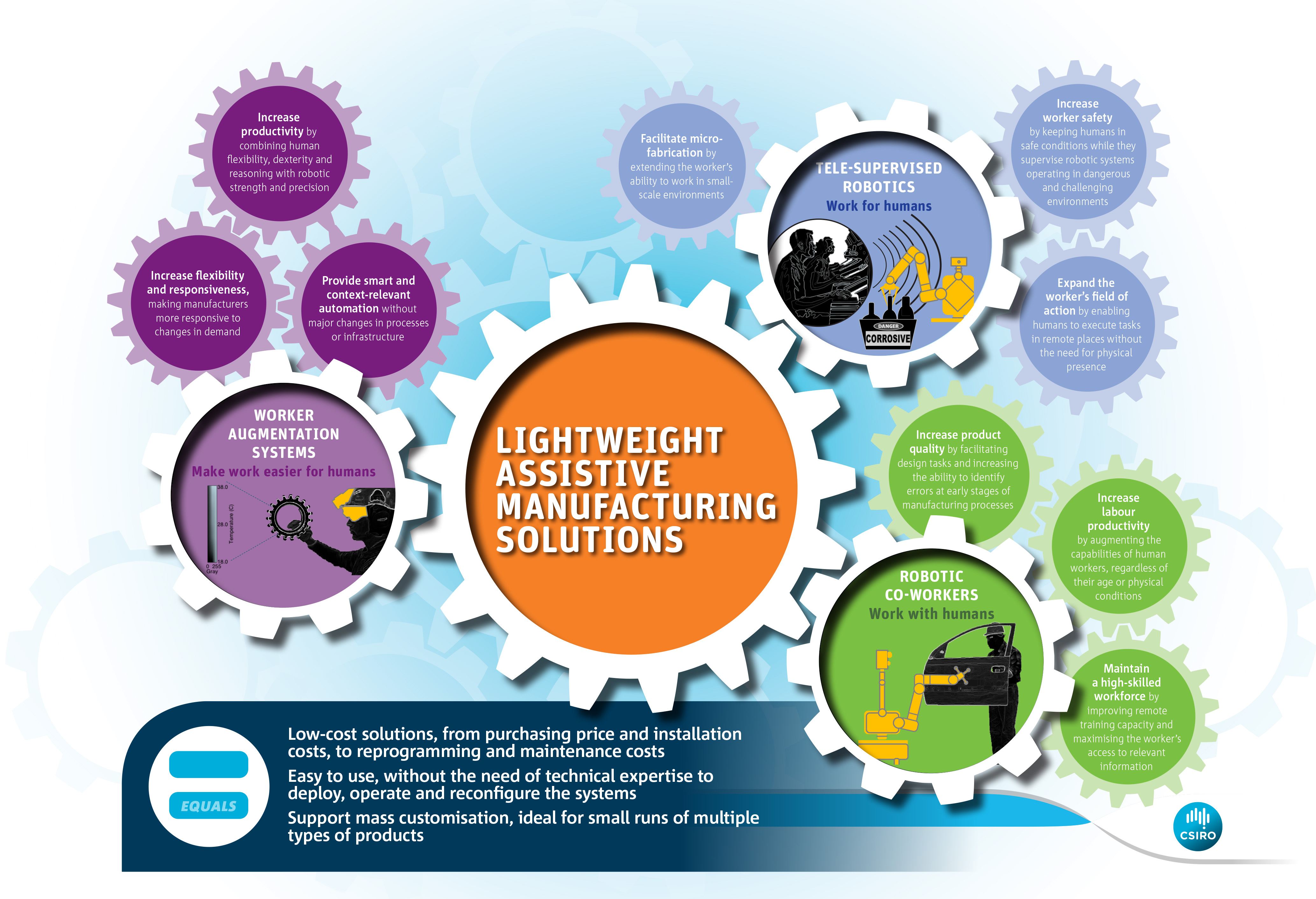 The types robots and ICT systems CSIRO is developing.