Earlier this morning, people across Australia, Papua New Guinea and some small Pacific Islands were witness to an annular solar eclipse as a “ring of fire” was created by the Moon passing between the Earth and the Sun to leave only a fire-y rim around the lunar edge. 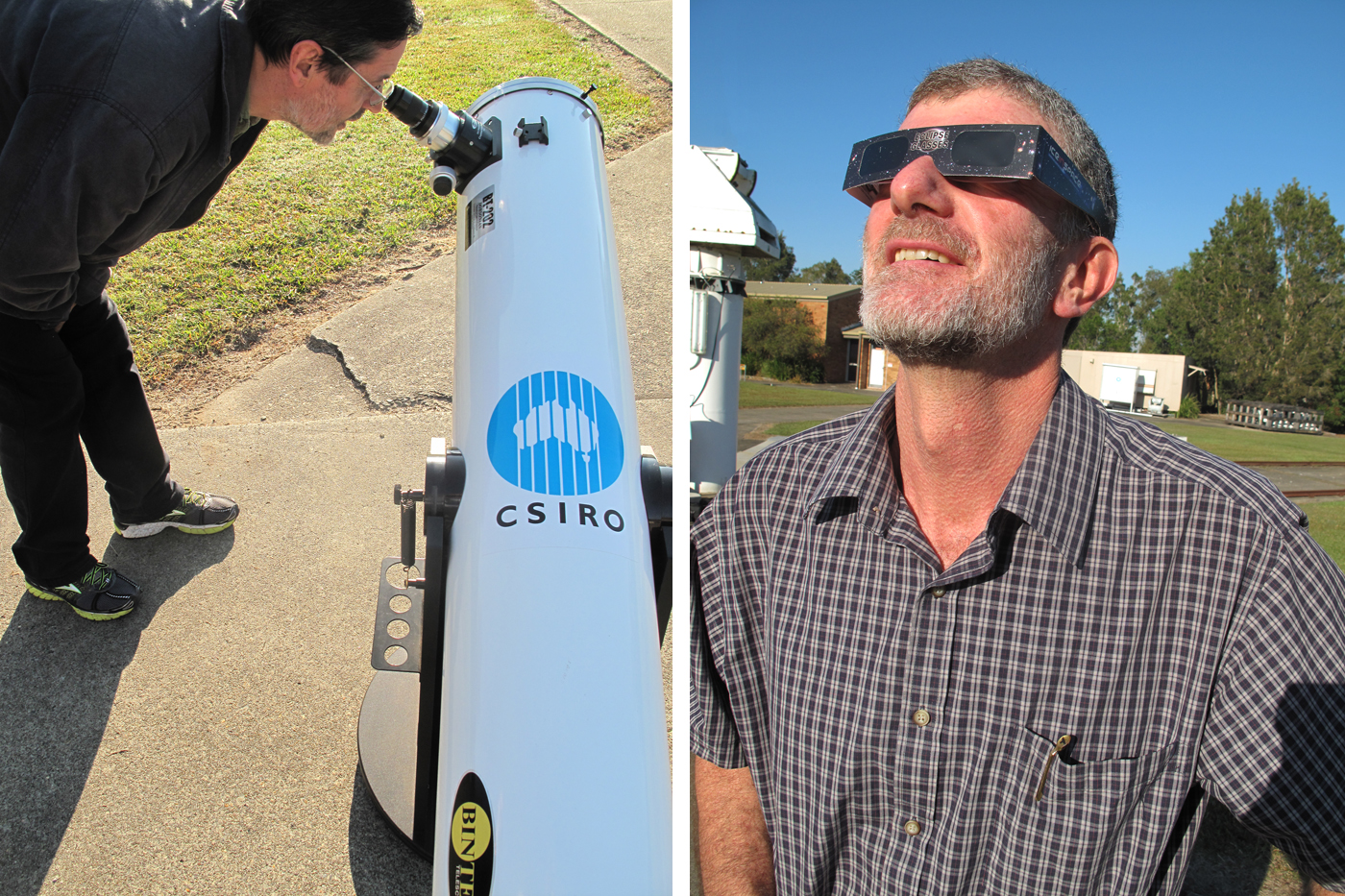 Sydney staff, including (left-right) Tasso Tzioumis and CSIRO’s new Astronomy and Space Science Chief Lewis Ball, made the most of a beautiful autumn morning to view today’s partial solar eclipse.

A NASA animation showing the path of today’s eclipse.

For most of the country, the eclipse began around 8am and ran until just after 10am.

Those within a thin strip of land running diagonally across the country from WA to remote FNQ were able to witness the full “ring of fire”, while Sydney-siders were treated to a partial eclipse, which peaked at 8:57 am and covered around 30% of the Sun.

Comments of note overheard during the eclipse included quips about Pac-Man, and that the experience was “out of this world”. 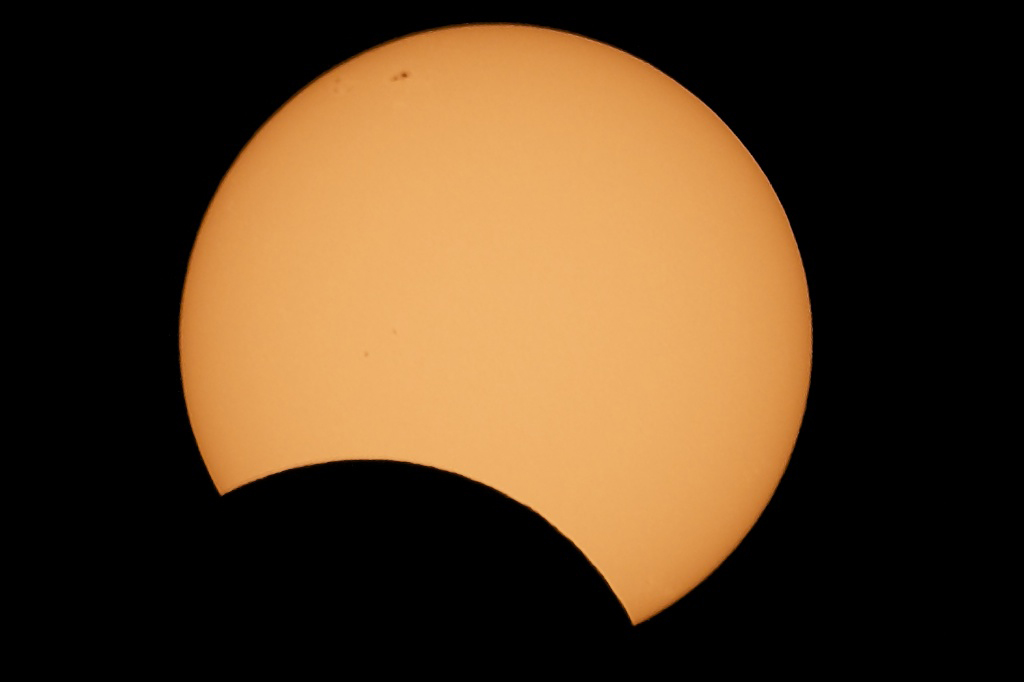 The partial eclipse captured by Rob Hollow – not exactly a “ring of fire” but spectacular all the same.

A live stream of the eclipse was also recorded by the Slooh SpaceCamera.

The next annular eclipse visible from Australia will occur in 2035.

Previous post:
We're working on the next WALL-E
Coming up next:
Friday Fish Time