All photovoltaic (PV) panels become slightly less efficient as their temperature rises, so cooling them can lead to better energy production, especially in warm climates. This is where the idea of building solar PV farms on or near water starts to look more attractive. 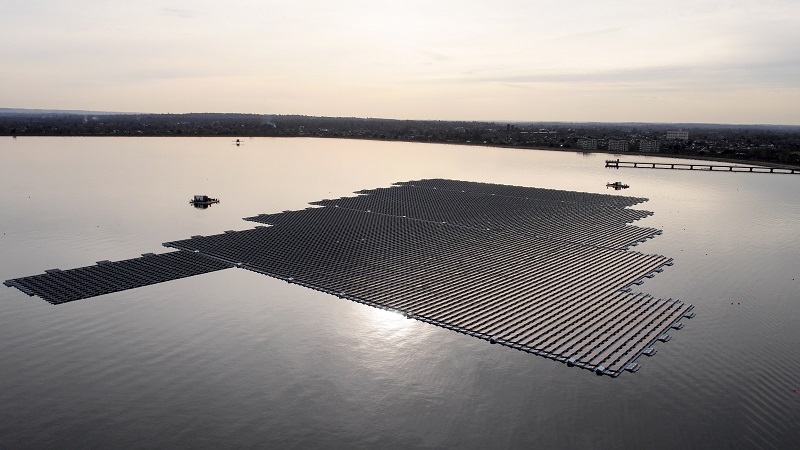 Is it a pool? Is it a raft? No, it’s float-ovoltaics! Credit: Photo courtesy of Lightsource

Close your eyes and ponder what a commercial solar photovoltaic (PV) farm looks like. Do you envisage arid desert plains glistening with thousands of solar PV panels under abundant sunshine?

You’re probably not alone thinking such sunny thoughts. But believe it or not, the ideal temperature conditions and landscape for solar PV panels to work most efficiently doesn’t always have to be hot and sunny weather. The amount of energy produced is often influenced by the material of the panels themselves, and recent research has unveiled that sometimes thousands of solar panels floating on water is the best way to increase energy output.

We all know PV panels look great on rooftops, but where else can they be installed to maximise the amount of energy being produced and to utilise space? All PV panels become slightly less efficient as their temperature rises, so cooling them can lead to better energy production, especially in warm climates. This is where the idea of building solar PV farms on or near water starts to look more attractive.

Solar ideas coming up from Down Under

As is often the case, an Australian company led the way, with one of our former scientists, Phil Connor, designing the first ever floating solar PV system around a decade ago for the Australian company Sunengy Pty Ltd. We tested the first prototype of that system, which is now on the way to becoming commercialised in India.

Thinking outside the solar box

Scientists across the globe are investigating how to most efficiently build solar PV systems on water to ensure you can power-up using the sun, and enable some industries to generate enough power for their operational requirements. These floating solar farms utilise space that would otherwise go wasted and can also help reduce evaporation. Placing the collectors in a hydro dam, as Sunengy has done, gives free access to the large transmission line, allowing considerably better economy from the PV installation.

Australia first large floating solar plant was built in Jamestown, South Australia in April 2015, generating up to 45 percent more energy per panel than a rooftop solar system. The city of Lismore announced a call for tenders this year to build the first ever community funded floating solar farm.

So what does this mean for Australia’s energy future, and our landscape? Will we be seeing a sea of solar farms pop up along our Aussie waterways, dams and coastlines?

One of our solar research gurus, Dr Greg Wilson, thinks floating solar farms could be the way of the future for semi-arid regions of Australia, in particular farmland and waterways for irrigation.

“Water quality is maintained by circulation of the main body of water so the energy required for this can be offset by the energy produced by the solar panels. It can be far more energy efficient and cost effective to have reduced evaporation than purely generating electrical energy,” he adds.

Sunengy’s vision is to incorporate hundreds of megawatts of floating solar on the surface of each of our hydroelectric dams to create the lowest cost addition to our renewable energy supplies.

Looking at the Australian and international examples of floating solar farms that have emerged over the last 12 months, it’s certainly an area for growth.

We aren’t walking on water just yet but we are leaders in the solar energy space with two active solar research fields including photovoltaic and concentrating solar thermal power. We also recently challenged the status quo for energy innovation by holding our first ever Solar Hackathon. 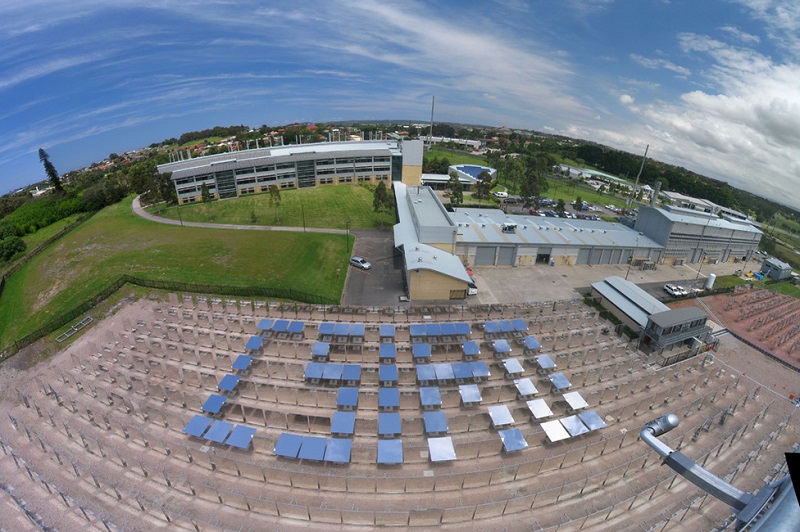 These heliostats might not be floating on water, but they can spell our name!

Previous post:
Why so many Australian species are yet to be named
Coming up next:
Investigator’s primary call – much science, many benefit