There's been an awakening. Have you felt it? Investigator's call for sea time applications has been made. Just let the science in.

The call for Primary Applications for sea time on Investigator during 2018-19 has just been made. We take a look at why those on the current voyage answered the call in previous years and find out why their dreams are filled with endlessly spooling wires. 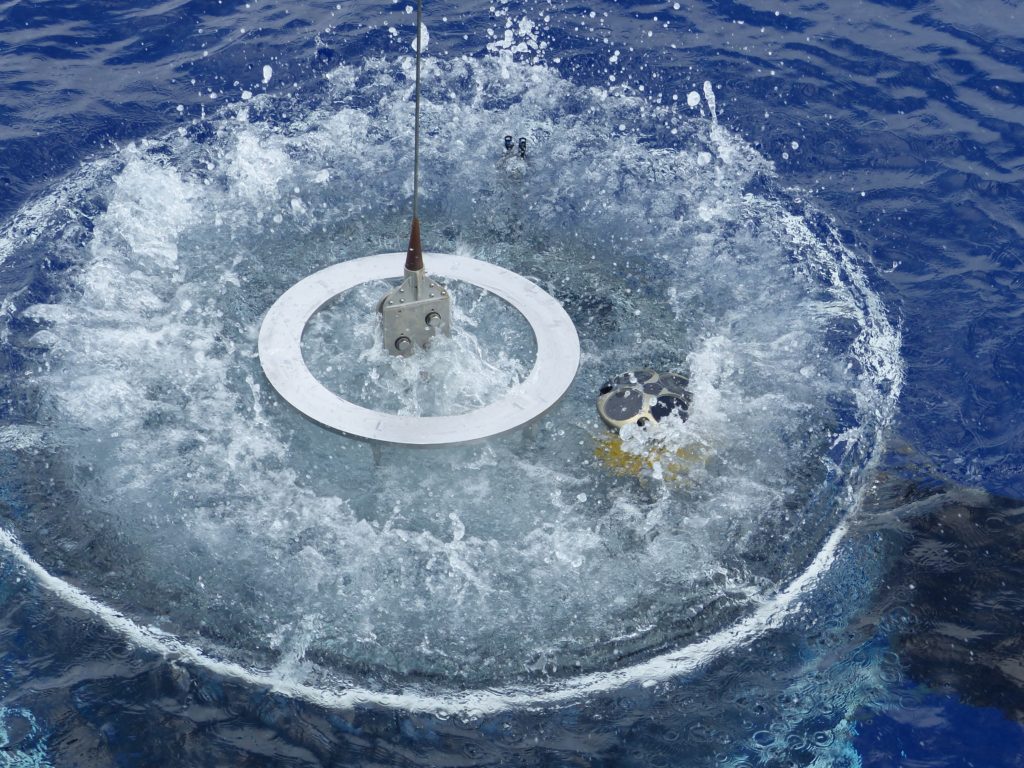 Piece of marine scientific equipment being lowered into blue water

Another CTD cast is sent into the depths! Around 140 casts will be made during this voyage. Image Susan Wijffels.

It’s hump day on leg two of Investigator’s current voyage from the Antarctic ice edge to the equator. Halfway there and halfway home!

While this day is marked on the calendar of many on board, Dr Susan Wijffels, Chief Scientist on the voyage, uses it to bring the science and support staff together at a change of watch to talk about the significance of the research they are doing.

Dr Wijffels highlights to those on board the importance of the repeat transect they are undertaking along 170W, one of a number of trans-oceanic lines undertaken by a collaboration of international partners that feed data into the Global Ocean Observing System (GOOS). This brings new energy to the team of scientists, technicians and marine crew as they work through a long series of 140 full ocean depth casts using Investigator’s Conductivity, Temperature and Depth (CTD) instrument package.

This voyage is a rite of passage for Investigator, as the ship follows in the wake of previous Australian Marine National Facility research vessels that have surveyed 170W: Franklin in 2001 and Southern Surveyor in 2009.  Before this, the line was originally occupied by the United States’ National Oceanic and Atmospheric Administration (NOAA) research vessel Discoverer in 1996.  170W is now part of the international GO-SHIP program which aims to track decadal changes in ocean heat, freshwater and chemical inventories. Investigator’s data will help track previously observed warming of the deepest and most dense ocean waters, which are not able to be observed on other GOOS networks, such as the Argo network or satellite systems.  This vital piece in the puzzle helps understanding of the ocean’s role in the Earth’s rate of warming.

It also serves to highlight that Investigator’s voyage is part of something much bigger, with Australia filling a vital gap in a remote corner of the vast global oceans.

The extensive research capability provided by Investigator means much science has been combined on this voyage. In addition to the ocean transect, science teams are collecting marine microbes in a first ever survey of genomic diversity across such a large ocean region and studying microbial nitrogen cycling. Other teams are analysing ocean carbon chemistry, tracking man-made chlorofluorocarbon levels as a tracer for ocean circulation, and measuring atmospheric aerosols.

The data is flowing thick and fast!

There are many benefits from this work and the accumulation of data collected on this and other voyages helps inform decisions made nationally and by the global community.

The call has sounded! 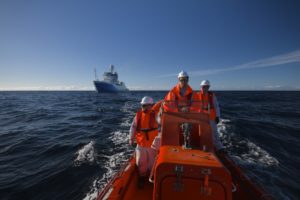 The current voyage reflects a key driver behind Investigator’s research schedule – putting the very best science on board to deliver the greatest benefit for all. To support this, Australian researchers and their international collaborators are offered access to Investigator at no daily cost through MNF Granted Voyages.

Applicants for grants of sea time take part in a competitive process where each project is assessed for scientific excellence, national benefit and research team capability.

The call for Primary Applications for MNF Granted Voyages in 2018-19 has just sounded. It is time for Australian marine researchers and their international collaborators to assemble and apply!

Have you heard the call? Just let the science in.

For information about making an application for sea time, visit the Primary Applications webpage on the MNF website.

Previous post:
Watt-ever floats your boat: solar on water
Coming up next:
How CSIRO is turbocharging the world’s largest radio telescopes