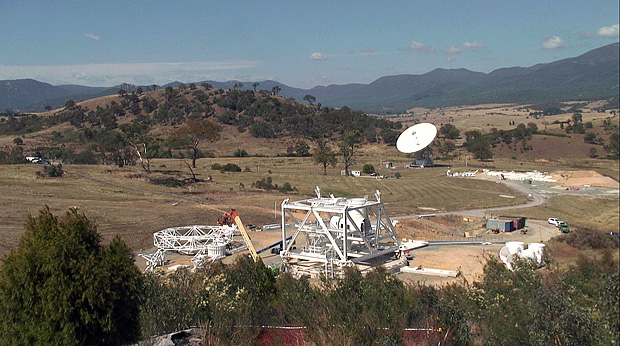 Webcams let you watch as these mighty ‘ears’ on the universe grow
Work continues on the construction of two new antennas at the Canberra Deep Space Communication Complex located at Tidbinbilla, just outside Canberra, Australia.They are being built to support the expected growth in robotic deep space missions being launched in the next decade and further expand the Canberra complex’s capabilities as part of NASA’s Deep Space Network.The two new 34-metres diameter antenna ‘dishes’ will be capable of transmitting commands and receiving telemetry and data from deep space interplanetary robotic spacecraft across the Solar System and beyond.

The first of the new antennas, Deep Space Station 35 (DSS35) began its 4-year construction cycle in September 2010. In late Dcember 2012 it reached a critical milestone with the completion of its underground base pedestal and delivery of the major antenna structural components.

The second antenna DSS36 is currently at the ‘groundworks’ stage where a deep excavation awaits the construction of the 2-storey concrete pedestal cylinder that will house electronics and sensitive receivers. 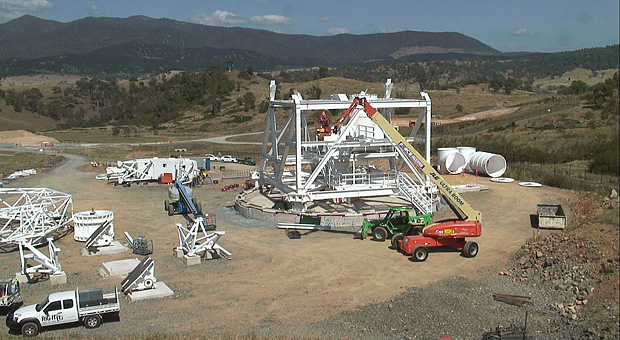 The webcams for Deep Space Station 35 are updated approximately every 30 seconds in daylight hours only. Photo: CDSCC

Over the next few months, DSS35’s above ground structure will continue to grow. Two ‘live’ webcams provide views of the development of the rotating structure and dish framework.WEBCAM 1 and 2

Most of the antenna structure will be in place by mid-2013, with ongoing instatllation of electronics and antenna calibration to continue until DSS35’s scheduled completion in late 2014. The second antenna (DSS36) will commence base pedestal construction shortly and is expected to be completed in 2016.

Previous post:
Ice ice baby: ships and Antarctic voyages
Coming up next:
Doin’ it for the kids…