A new United Nations report on fisheries and climate change shows that Australian marine systems are undergoing rapid environmental change, with some of the largest climate-driven changes in the Southern Hemisphere. 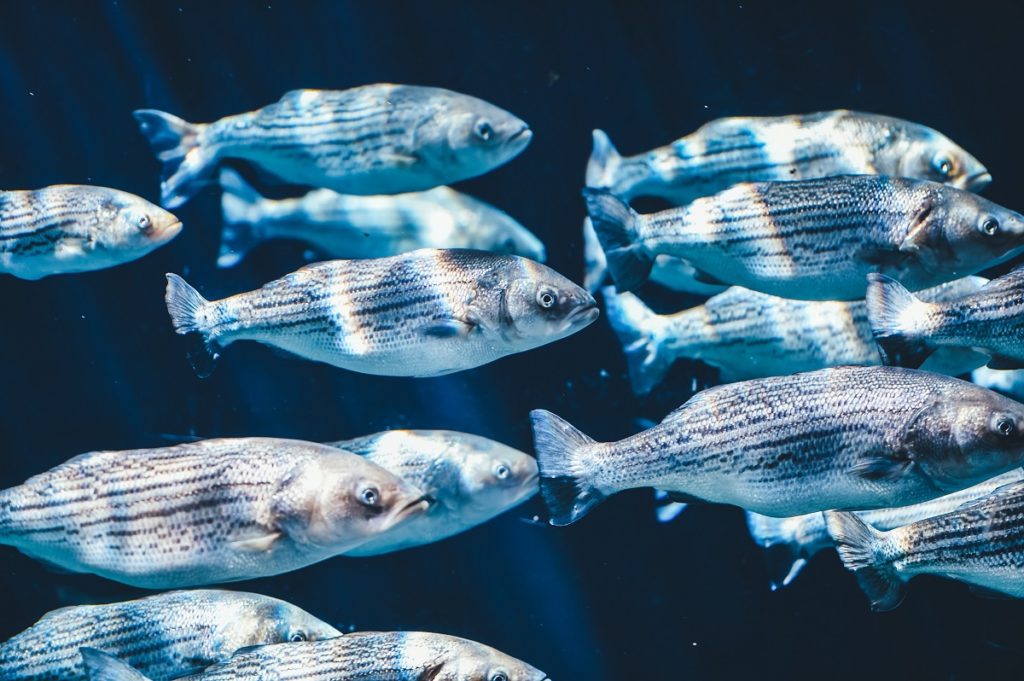 Ocean fish are changing where they live due to climate change. Annie spratt/Unsplash, CC BY-SA

A new United Nations report on fisheries and climate change shows that Australian marine systems are undergoing rapid environmental change, with some of the largest climate-driven changes in the Southern Hemisphere. Reports from around the world have found that many fish species are changing their distribution. This movement threatens to disrupt fishing as we know it.

While rapid change is predicted to continue, researchers and managers are working with fishers to ensure a sustainable industry.

Lessons from across the world

Large climate-driven changes in species distribution and abundance are evident around the world. While some species will increase, global models project declining seafood stocks in tropical regions, where people can least afford alternative foods.

The global concern for seafood changes led the UN Food and Agriculture Organisation (FAO) to commission a new report on the impacts of climate change on fisheries and aquaculture. More than 90 experts from some 20 countries contributed, including us.

The report describes many examples of climate-related change. For instance, the northern movement of European mackerel into Icelandic waters has led to conflict with more southerly fishing states, and apparently contributed to Iceland’s exit from negotiations over its prospective European Union membership.

Changes in fish abundance and behaviour can lead to conflicts in harvesting, as occurred in the Maine lobster fishery. Indirect effects of climate change, such as disease outbreaks and algal blooms, have already temporarily closed fisheries in several countries, including the United States and Australia.

All these changes in turn impact the people who depend on fish for food and livelihoods.

Climate change and fisheries in Australia

The Australian chapter summarises the rapid ocean change in our region. Waters off southeastern and southwestern Australia are particular warming hotspots. Even our tropical oceans are warming almost twice as fast as the global average. 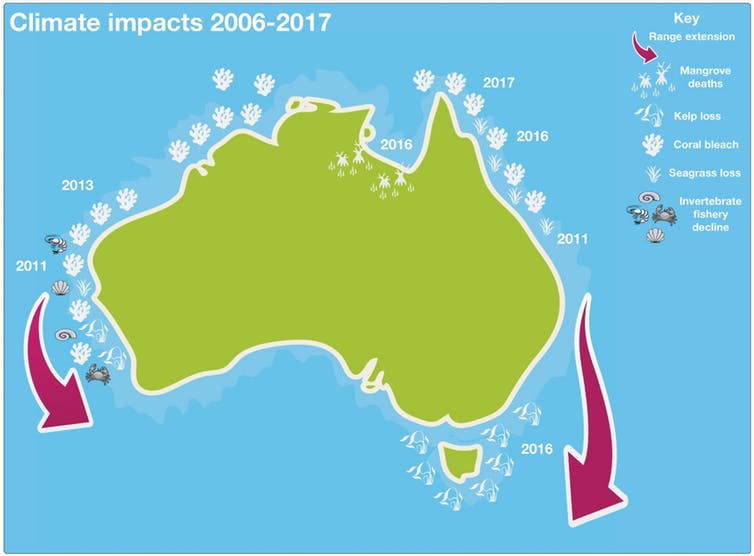 In the Australian FAO chapter, we present information from climate sensitivity analysis and ecosystem models to help managers and fishers prepare for change.

We need to preparing climate-ready fisheries, to minimise negative impacts and to make the most of new opportunities that arise.

Experts from around Australia have rated the sensitivity of more than 100 fished species to climate change, based on their life-history traits. They found that 70% of assessed species have moderate to high sensitivity. As a group, invertebrates are the most sensitive, and pelagic fishes (that live in the open ocean sea) the least.

A range of ecosystem models have also been used to explore how future climate change will impact Australia’s fisheries over the next 40 years. While results varied around Australia, a common projection was that ecosystem production will become more variable.

As fish abundance and distribution changes, predation and competition within food webs will be affected. New food webs may form, changing ecosystems in unexpected ways. In some regions (such as southeastern Australia) the ecosystem may eventually shift into a new state that is quite different to today.

How can Australian fisheries respond?

Our ecosystem models indicate that sustainable fisheries are possible, if we’re prepared to make some changes. This finding builds on Australia’s strong record in fisheries management, supported by robust science, which positions it well to cope with the impacts of climate change. Fortunately, less than 15% of Australia’s assessed fisheries are overfished, with an improving trend.

We have identified several actions that can help fisheries adapt to climate change:

Researchers from a range of organisations and agencies around Australia are now tackling these issues, in partnership with the fishing industry, to ensure that coastal towns with vibrant commercial fishing and aquaculture businesses continue to provide sustainable seafood.

Originally published on The Conversation. Read the original article here.

How else are we making Australian fisheries sustainable?

Previous post:
Happiness helps football players do better, and it could help economies too
Coming up next:
Taking charge of our lithium-ion battery waste