Unlocking the secrets of mysterious microbes

Unlocking the secrets of mysterious microbes

Can we unlock the mystery of how microbes below the surface of the earth find the energy to live?

In the late 1700s, Luigi Galvani connected a lightning rod to a frog corpse in his backyard and waited for an impending electric storm to arrive.  When lightning flashed nearby, energy coursed down the rod and the frog’s leg twitched! This supported his theory that animals generate electricity and use it to make their body move.

Mary Shelley was so intrigued by the notion of a spark reanimating the dead that it inspired her to write the fabled tale of Frankenstein.

The stuff of fiction – right? Maybe not! Meet our scientist, Dr Xiao Deng who is experimenting with electricity to grow and sustain a cluster of microbes from deep under the Earth. 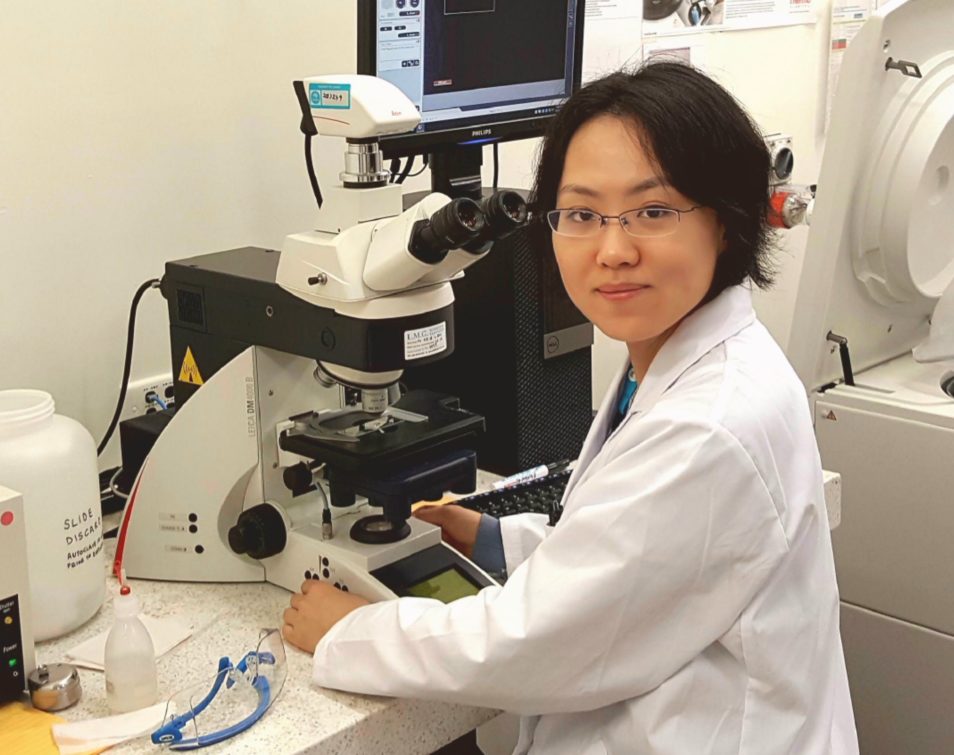 Dr Xiao Deng is working to solve a mystery and her results might be shocking.

What do we want? Energy! When do we need it? Always!

All living things require energy for life – from the smallest single-celled organisms to the biggest and most complex mammals.

On the Earth’s surface, the two main lifestyles for acquiring energy are autotrophy (meaning making your own food) and heterotrophy (which means eating food for energy).

One of the most common autotrophic behaviors is photosynthesis. In this process, specialised molecules capture carbon from the air and bind it to water using energy produced from sunlight. Most plants, fungi and algae are autotrophs whereas most animals are heterotrophs.

For life under the surface of the Earth, which predominately consists of single-celled organisms, finding energy is a challenge.

Below the surface, there is no light to power photosynthesis and finding organic matter and oxygen are rare. Microbes rely on some novel methods to obtain energy.

Who doesn’t love some chemistry?

Some microbes that live in oxygen-free marine environments can survive on hydrothermal vents deep in the sea. The water from the vents is rich in dissolved minerals. These microbes use chemical energy (not sunlight) to produce food in a process called chemosynthesis.

In contrast, the methods used by microbes to obtain energy in subsurface environments, which are predominantly made up of solid rock, is still poorly understood. In fact, more than 99 per cent of subsurface microbes can’t be cultivated in the laboratory by conventional methods using organics or gases. 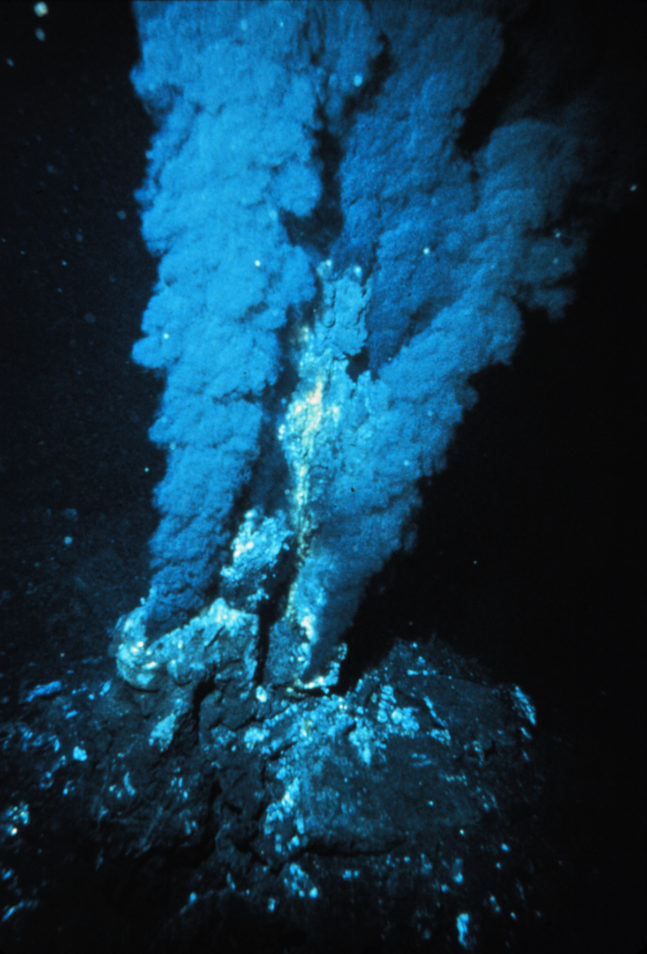 We gonna’ rock down to Electric (microbes) Avenue

Recent studies have found that several kinds of microbes living in deep marine sediments can extract electrons from electrodes. An electrode is a solid electric conductor that carries electric current into non-metallic objects. These microbes are kept alive with electricity and nothing else, no sugars or other kinds of electron donors.

Scientists are thinking that in the energy-scarce subsurface, microbes may use rock itself as a source of energy. Unlike any other living things on Earth, electric microbes may acquire energy in the shape of electrons harvested directly from the surface of rocks.

This is a new and exciting area of study made challenging by the lack of knowledge on the subsurface biosphere and the difficulty in accessing subsurface samples.

Dr Deng is looking to verify the possibility of microbes interacting with the surface of rocks for energy and document a method for growing electric microbes in the lab.

This will create new opportunities to study the poorly understood subsurface biosphere that is estimated to account for more than half of all microbial life on earth. 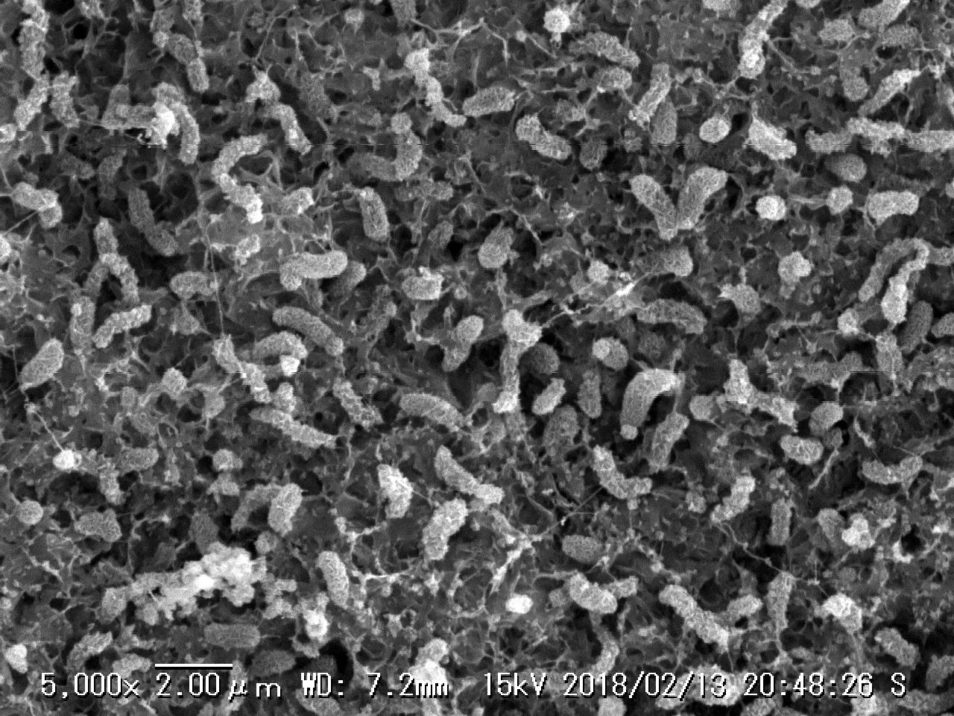 A view of corrosive bacteria on an iron surface taken with a scanning electron microscope.

Opening a future to new compounds

Since humans first discovered the world of microbiology we have been discovering how useful they can be.

Today, about half of the drugs on the market were discovered by screening collections of small molecules made by bacteria, fungi, snails, leeches and other similar species.

However, all our current medications are effective against only one-third of diseases because of increased antibiotic resistance.

There is an urgent need to find new biologically active compounds.

If this research is successful, it could open the door to using the untapped subsurface microbial resource for biosynthesis of new compounds such as antioxidants, antibiotics and anticancer drugs.

Connect the dots between genomics and the environment