We have achieved the delicate and intricate task of teasing DNA sequences from the shells of non-ratite birds, opening up egg collections in museums around the world as a resource for DNA-based research.

A box without hinges, key, or lid, yet golden treasure inside is hid — .J.R.R. Tolkien

The answer to Tolkein’s riddle is an egg, but the shells of bird eggs actually hold treasures far greater than their golden yolks.

Long after a chick has hatched and fledged, its eggshell can provide clues about the species, nesting environment, health, diet and size of the parent bird. Eggshells can also tell us about evolutionary processes going on between cuckoos and the birds they parasitise. Cuckoos use mimicry to hide their eggs in other bird’s nests. Eggshells can tell us all of this even before we’ve looked at eggshell DNA. 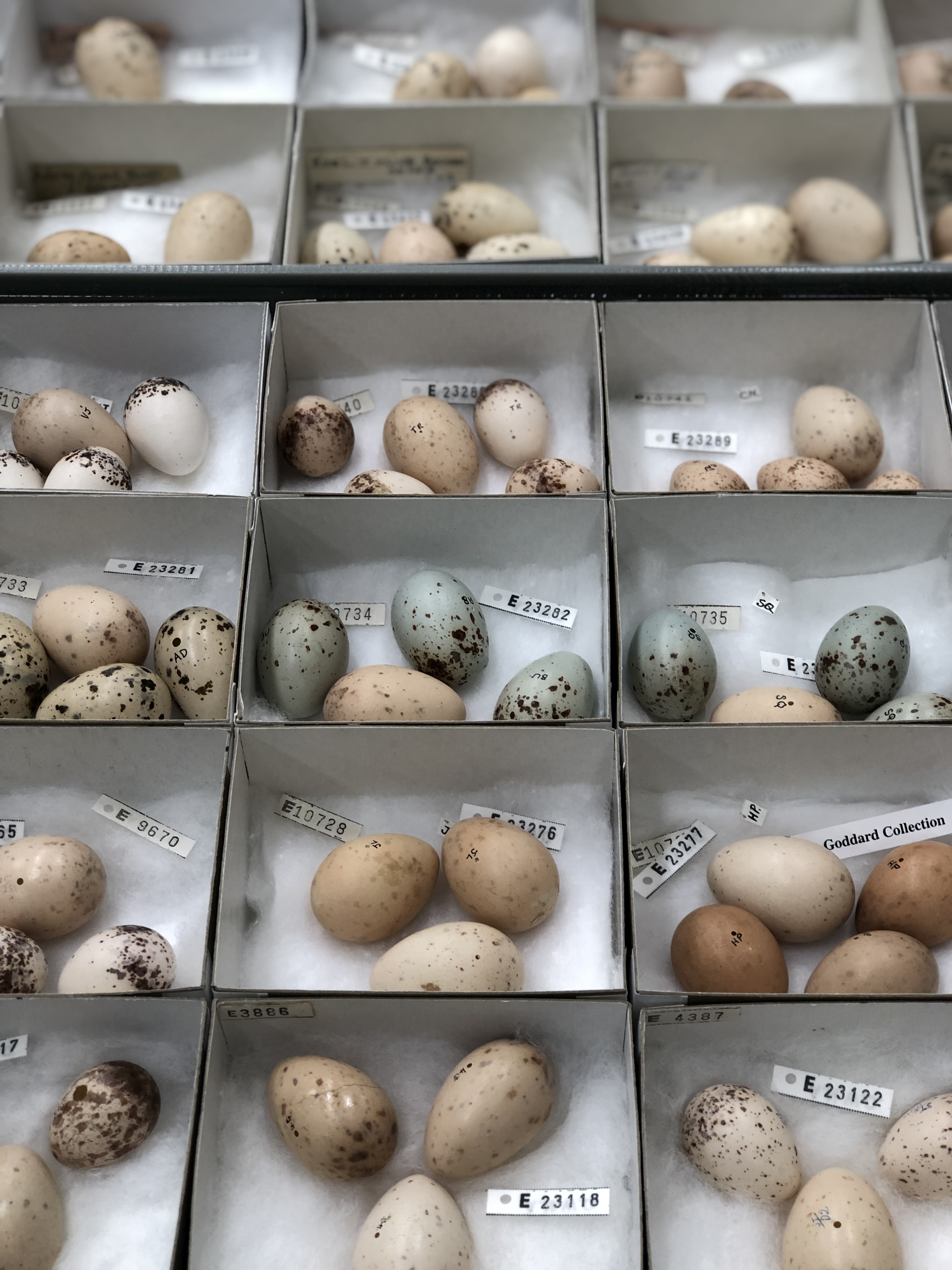 Each of these egg clutches has two collection numbers â€“ one for the cuckooâ€™s egg and one for the host birdâ€™s eggs. Cuckoo eggs are usually a little bit bigger and may be well camouflaged.

Our Australian National Wildlife Collection in Canberra looks after historical collections of thousands of bird eggs. (Egg collecting is now illegal in Australia.) Each of these egg clutches has two collection numbers – one for the cuckoo’s egg and one for the host bird’s eggs. Cuckoo eggs are usually a little bit bigger and may be well camouflaged.

During the last decade, scientists realised that eggshell fragments not only contain DNA but preserve it extremely well. The structure of eggshells shield DNA from the microbial and environmental processes that would normally break it down. To date, ancient DNA has been extracted and sequenced from eggshell as old at 19,000 years, giving much better quality DNA than most skeletal remains of this age. Several million eggs are held in museums around the world. And these collections could become a resource for a new age of scientific discovery thanks to what their DNA might tell us.

The catch was that eggshell DNA had only been successfully extracted from the thick eggshells of ratites. Ratites are a group of birds that includes emus, kiwis and ostriches. Unfortunately, ratite species make up only one in a thousand of the world’s bird species. The rest lay eggs with much thinner shells, thought not to preserve DNA.

But now researchers at our Australian National Wildlife Collection (ANWC) and the Trace and Environmental DNA Laboratory at Curtin University have achieved the delicate and intricate task of teasing DNA sequences from the shells of non-ratite birds. Using three 50-year-old eggs from the ANWC egg collection belonging to a wedge‐tailed eagle, an Australian magpie and a little button quail, they were able to extract and sequence DNA and use it to confirm species IDs and reconstruct near-complete mitochondrial genomes. 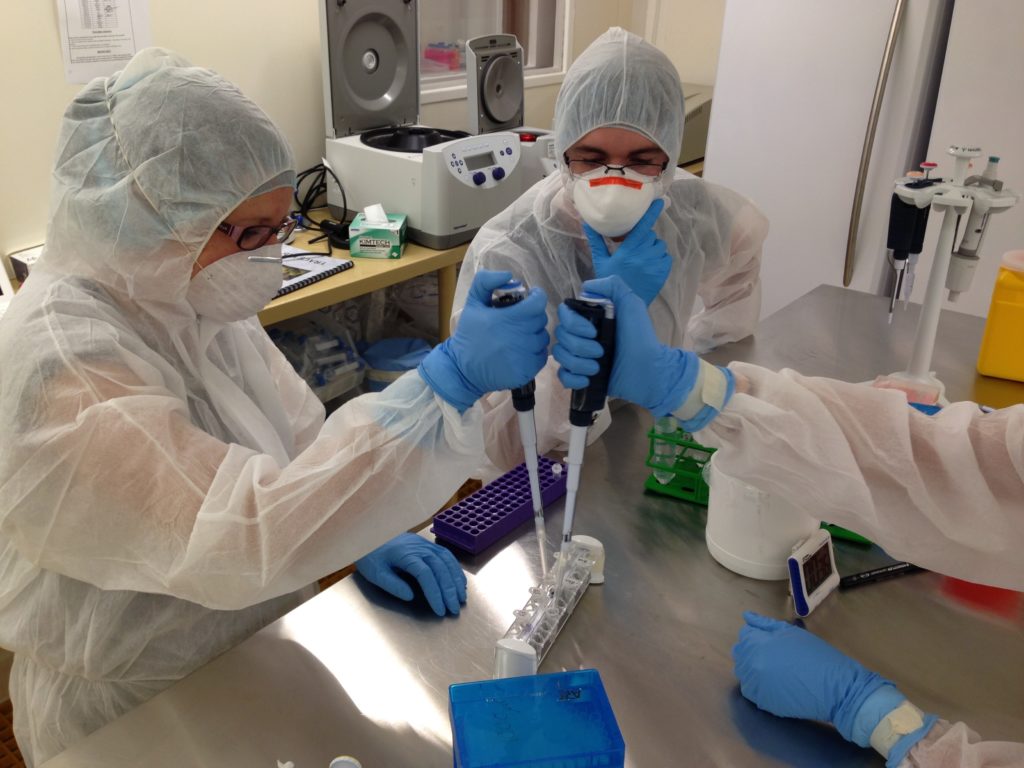 The Trace and Environmental DNA (TrEnD) lab at Curtin University, where researchers can work with ancient DNA.

Answers in an eggshell

This breakthrough unlocks museum egg collections as a resource for research to conserve threatened populations of beloved bird species. It also provides a way to identify museum eggshells from unidentified species. Thanks to the historical nature of museum egg collections, the genetic data from eggshells will enable studies of how populations of birds have changed over time, especially as urban societies have expanded over the past two centuries.

This work was made possible by an Australian Research Council grant. For details of the methods used and recommendations for extracting DNA from museum egg collections visit the research paper published in Molecular Ecology Resources.

Crack into more about about the 15 million specimens in our biological collections.

Previous post:
‘Sadness, disgust, anger’: fear for the Great Barrier Reef
Coming up next:
Unlocking the secrets of mysterious microbes