Trigonalid wasps: to survive, you must first be eaten

Trigonalid wasps: to survive, you must first be eaten

The edge of a leaf would not normally be a smart place for an insect to lay an egg. A hungry caterpillar or sawfly larva might inadvertently eat it, on its way to demolishing the whole leaf. But amazingly, a trigonalid wasp egg actually needs to be eaten before it can successfully hatch into a larva.

Taeniogonalos venatoria is an Australian trigonalid, found in inland parts of the south-east of the continent. It is a small wasp, marked with yellow and brown on a mostly black body. The female uses a hooked apparatus on the underside of her abdomen to grasp the edge of a gum leaf and insert an egg. That egg will not get any further in life unless it is eaten by a ‘spitfire’, the larva of a sawfly.

Eggs of venatoria are very small, about one-eighth of a millimetre long. The spitfire won’t notice one as it fatefully munches its way along the edge of the leaf. Once inside the spitfire, the tiny egg hatches. The venatoria larva penetrates the gut wall of its unfortunate host and starts to feed on its body substances as an internal parasite. 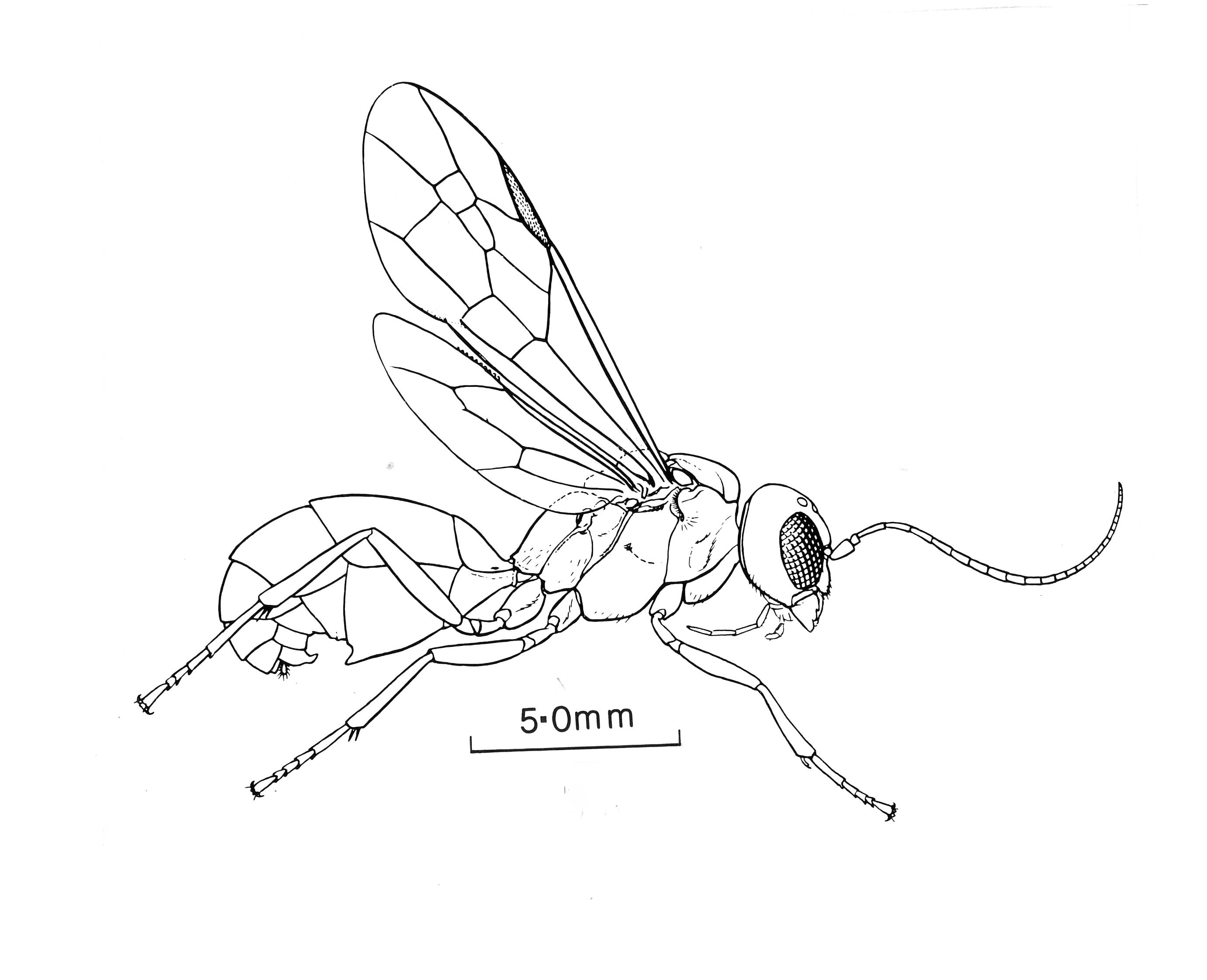 The host spitfire carries on eating gum leaves until in late winter when, satiated, it leaves the tree together with a writhing mass of other spitfires and they bury themselves in the soil, preparing to change into the pupa stage.

The venatoria parasite in its goulish wanderings inside the spitfire’s body may come across another parasite; it may then start to parasitise that parasite – called hyperparasitism – or simply consume the competitor. It will also cannibalise any other venatoria larva it meets. It continues to grow and eventually breaks out of its poor host but continues eating it from the outside: it is now an external parasite. The cycle is completed when a fresh adult Taeniogonalos venatoria emerges from the soil, and flies off to look for a drink of nectar and a mate.

Previous post:
First map of floating plastics to help save baby turtles.
Coming up next:
Getting a researcher in your business