First map of floating plastics to help save baby turtles.

First map of floating plastics to help save baby turtles. 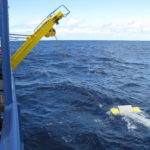 A manta net is deployed over the side of RV Southern Surveyor to detect floating plastics while the ship is underway.. 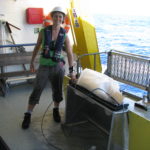 Julia Reisser stands next to the manta net onboard RV Southern Surveyor. 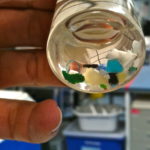 Some of the plastic pieces collected during the research. 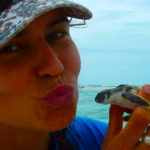 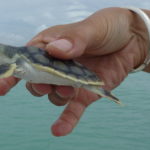 A flatback turtle hatchling in a beach called Eco Beach, which is close to Broome.

A PhD student at The University of Western Australia is creating the first map to show the distribution of floating marine plastics in Australian waters, and models that chart the likely pathways of these plastics and sea turtle hatchlings.

“The early life of sea turtles occurs at the ocean’s surface, where there’s an increasing amount of floating plastics that are proving fatal to hatchlings,” PhD student Julia Reisser said.

Ms Reisser, who is also a CSIRO researcher, has been studying sea turtles for nine years and in 2010 she broadened her research to include marine plastics.

“My work is identifying the places contributing most to the increase in plastics in Australia’s oceans and how this links to sea turtle life cycles,” Ms Reisser said.

“We’re quantifying plastic pollution hazards and its distribution throughout Australia’s oceans, and contribute to a national marine debris audit being undertaken by CSIRO’s Wealth from Oceans National Research Flagship.”

The research is been undertaken onboard the Marine National Facility vessel Southern Surveyor, which is owned and operated by CSIRO, and available to all Australian scientists.  Securing research time on board is highly competitive and allocated to quality science projects that are internationally peer reviewed and in the national interest.  Once major voyages are allocated, the transit time between these is offered to early career researchers and students under the ‘Next Wave’ program.

“It’s an incredible experience as a PhD student to be the Chief Scientist onboard Southern Surveyor for a transit voyage, and to have access to a research vessel equipped with modern laboratory facilities and deep-water research technology,” Ms Reisser said.

The Southern Surveyor will be replaced in 2013 by Investigator, a new state-of-the-art 93.9-metre research vessel capable of spending up to 300 days a year at sea, and able to support scientific research across the oceanographic, climate, geological, fisheries and ecosystems disciplines.

Previous post:
Southern Surveyor like you’ve never seen her
Coming up next:
Trigonalid wasps: to survive, you must first be eaten