Crash test dunnies: making sure our toilets are up to standard

Crash test dunnies: making sure our toilets are up to standard

Not all scientists are smashing particles, discovering new chemicals or exploring exotic environments. Some scientists test the humble toilet. 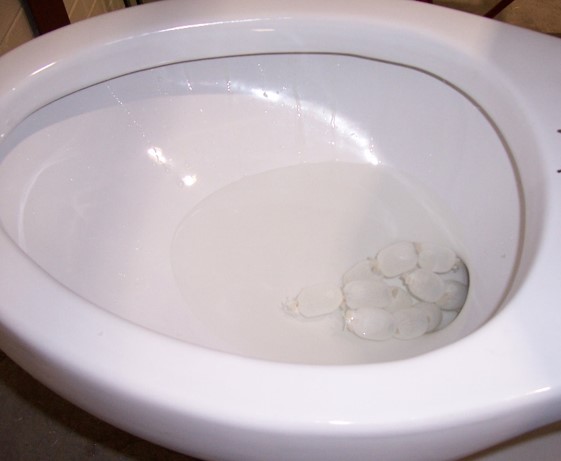 You think your job leaves you pooped? Ours is going down the toilet

Not all scientists are smashing particles, discovering new chemicals or exploring exotic environments. Some scientists strive to keep things working in your home. And some of those jobs are a little, well, crappy.

Don’t get us wrong, it takes a lot of science to test everyday objects to make sure they work the way they should. And one of those items is toilets. You might not have ever thought that someone tests toilets but we do and we think it’s pretty important work.

But how do we test toilets and what are we testing them for? Well, it all starts when a group of people, including scientists and manufacturers, come together to write a standard.

“Without standards, you’re never going to be able to go to the toilet. It’s going to leak and flood,” says our scientist Stephen Smith.

No one wants a leaking toilet so standards have to be very thorough. They list all the different aspects of a product that need to be checked. Stephen explains the standard for toilets in Australia.

“It looks at the volume of water used, a flush that will wash away the waste, and safety.” 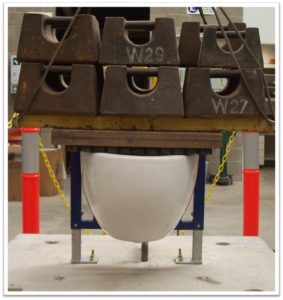 How much weight can a toilet bowl bear?

Toilets have a pretty important job. And the basics are that a toilet needs to be strong so it doesn’t break when you sit on it, and it definitely needs to connect to the plumbing without leaking. Once there’s a standard, the next step is testing. And yes, that means scientists make fake poo!

“In America, they make stools out of soybeans,” says Stephen.

“We use a sausage skin, and we put a finger bandage over the top of that. It has to be a certain weight – it’s in between floating and laying on the bottom. Then we check to make sure it’s the right consistency.”

It takes many different tests to make sure a toilet is fit to task. Some checks even involve flushing telephone book paper and sprinkled sawdust. Only when it passes all the tests is a porcelain throne considered worthy.

So hopefully you’ve got a newfound respect for standards. But why is this article obsessed with toilets? Stephen was awarded for his work developing the standard for vacuum toilets, such as those used on planes. Next time you sit on a high-tech toilet, think about all the science that makes it possible!

Did you enjoy this article? For more stories like this one, subscribe to Double Helix magazine or to find out more about our infrastructure testing services, visit our website.

Previous post:
Athletes launch in to their best dive with Data61’s Dive Mechanic
Coming up next:
The life of a parasite: Australia’s most unloved animals