This Australian scientist drew every ray in the world

This Australian scientist drew every ray in the world

Lindsay Marshall illustrated 650 rays for Rays of the World, the first illustrated guide to all non-extinct species of ray. 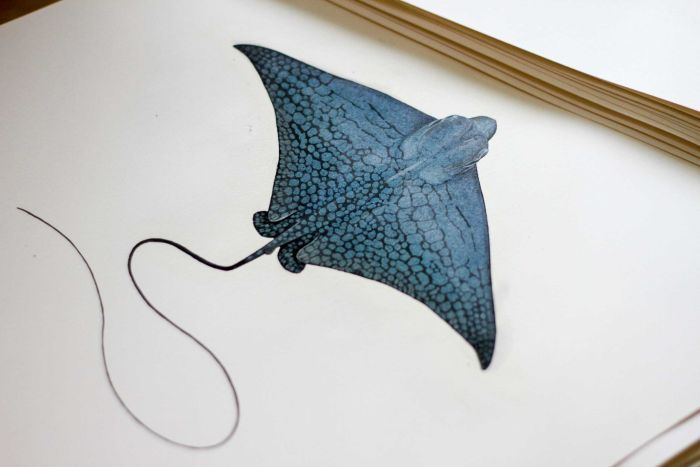 An ornate eagle ray illustrated by Dr Lindsay Marshall for the Rays of the World publication.
© Fiona Pepper

Have you ever considered the artists responsible for the incredibly detailed illustrations of plants and animals in scientific textbooks?

In a quiet suburban home in Sydney’s Sutherland Shire, Lindsay Marshall sits in her studio, her dog Arthur snoring at her side, drawing one species of ray after another. 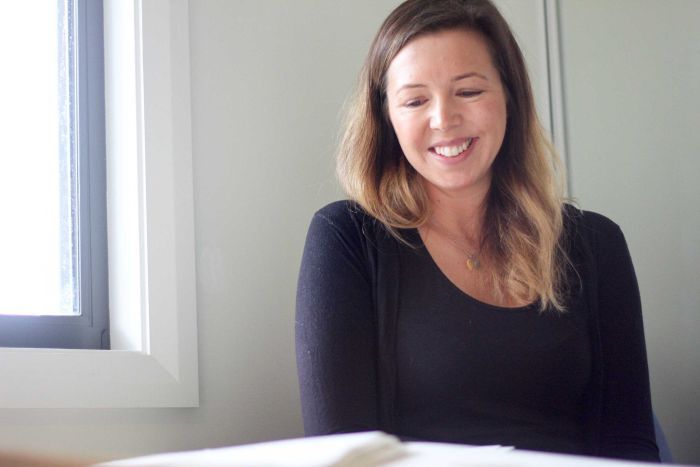 The shark scientist and illustrator recently completed more than 650 illustrations for Rays of the World, the first illustrated guide to all non-extinct species of ray.

Dr Marshall is a world expert in shark fin identification, but other than high school art class she never had any formal artistic training.

“When I was younger I used to draw pictures from the National Geographic,” she said. “I’ve always been interested in animals and form and shape and things like that.”

“My friend says I can draw things the way things look.”

And that precision and attention to detail is exactly what is required of a scientific illustrator.

“You want to portray a species as accurately as possible so that somebody can use that picture to identify that animal compared to other animals that might be similar. It’s clarity that’s really important in terms of taking out any ambiguity.”

Dr Marshall’s first artistic commission is of particular significance; Rays of the World is the first time in 100 years a single natural history artist has illustrated an entire faunal group. It’s also the first faunal guide to cover all the 630 or more species of rays found on the planet. 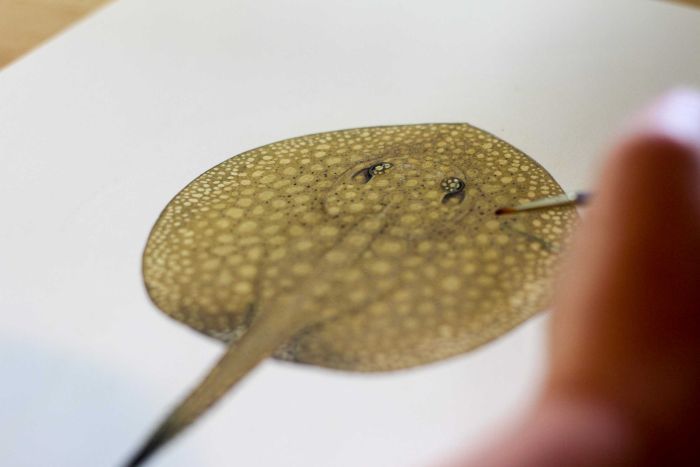 “I really appreciate that I can spend this part of my life perfecting something and contributing to something that’s such a legacy. It feels really good to work at something that I feel like I’m really quite good at.”

Each of the illustrations took between a day and week to complete.

“It’s really quite hard with a lot of these species because the patterns are so intricate and they’re also really important to tell species apart,” said Dr Marshall.

“You can’t do an approximation of a pattern, it has to be quite close to what it really looks like.”

According to Dr Marshall it’s this level of detail that makes natural history illustration superior to photography; it’s very hard to capture a high-quality underwater image that doesn’t distort the dimensions of the fish.

Despite working full-time as an illustrator, Dr Marshall still finds it difficult to see herself as an artist rather than a scientist. She approaches her illustrations as a scientist would: methodically.

“The objective of a scientific illustration is quite different from art for art’s sake. You’re really working for a scientist and trying to portray ideas that the scientists wants to convey in the picture.”

“I wouldn’t consider myself artistic, even though I paint every day and I do very detailed, realistic paintings; I think my brain isn’t very artistic.

“I think I’m a drafter, I have a lot of respect for artists and the way that they think. When I go to a gallery and see impressionist paintings I just think: ‘Wow. How do you think of that?'”

For Dr Marshall, the prospect of more conceptual, imaginative work is daunting yet exciting.

“As a scientific artist that’s a terrifying thought but it sounds wonderful. I’d love the freedom to do that, I’m not sure if I’d like anyone to see me do that. It’s way out of my comfort zone though, so it’d be very scary.” 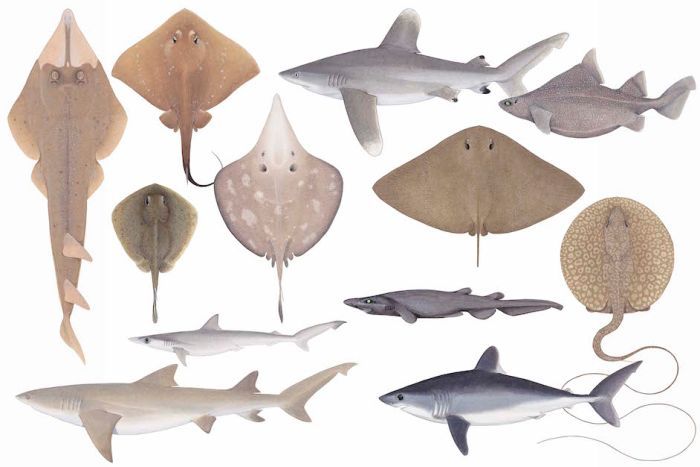 The book will be released in December 2016. Order it online from CSIRO Publishing.