The eyes have it: Is this our next Australian of the Year?

The eyes have it: Is this our next Australian of the Year? 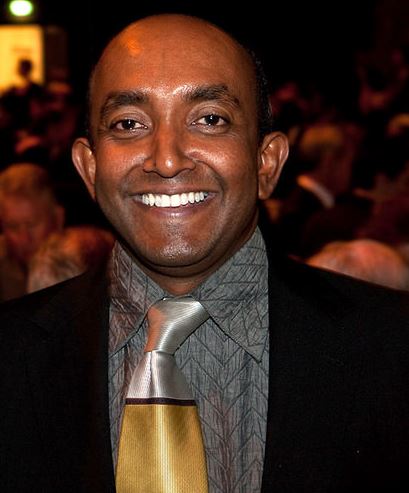 State finalist in the Australian of of Year awards, Dr Yogi Kanagasingam

Meet Yogi Kanagasingam. Yogi works at our Australian e-Health Research Centre and his vision is to change the way eye care is delivered around the world to prevent needless blindness.

A ‘serial inventor’, Yogi has developed a number of low-cost diagnostic technologies that are used to take images of our eyes.  These devices are helping in the early detection of serious conditions, ranging from those that directly threaten sight, through to stroke and Alzheimer’s Disease.

By focusing on affordable, mobile solutions, he is bringing quality eye care to thousands of patients who might otherwise have gone without.

Recognising this passion and dedication, Yogi has been named as a WA finalist in the 2015 Australian of the Year Awards. Here are just some of the sight-saving (and often life-saving) projects he’s working on:

Regular eye tests are important. They can be used to pick up many diseases including diabetic retinopathy – one of the leading causes of irreversible blindness in Australian adults.

However due to the remoteness of some Australian communities, it can be very difficult for people to access this type of specialist care.

That’s why we’ve been working with our partners in Western Australia (Gold Fields and Great Southern) and Queensland (Torres Strait Islands) to set up remote eye screening – giving hundreds of people access to eye testing services.

This is possible thanks to technology Yogi has developed called Remote-I.

A global vision for eye care

Now Yogi and his team are taking Remote-I to the world. For the past year, they’ve been working with the Zhongshan Ophthalmic Centre in China’s Guangdong Province to introduce the technology throughout a network of ten hospitals.

With a population of over 100 million people in Guangdong, local health professionals are now using the technology to screen up to 1000 patients per week. That’s a lot of eye tests.

As well as giving patients access to specialist care, this project is also providing the research team with valuable data about blood vessel patterns in retinas. This will allow them to design algorithms that could be used to automatically detect particular eye diseases, aiding diagnosis in routine screenings.

Using curcumin (a compound in the spice turmeric), Yogi and his team have also developed a spice-infused eye test for Alzheimer’s disease.

Patients ingest the curcumin which binds to beta-amyloid plaques (the sticky proteins that indicate Alzheimer’s) showing up in retinal scans as bright spots which can be counted and measured.

Early results show the amount of plaque in the retina closely mirrors the amount in the brain. If confirmed, this could be the beginnings of an easy, non-invasive test for early detection of Alzheimer’s – maybe up to 20 years before cognitive symptoms appear.

Amyloid plaques, a sign of Alzheimer’s, show up in retinal scan as fluorescent spots as curcumin binds to them

We’re proud as punch of Yogi. As well as the groundbreaking work he is doing with us here at CSIRO, he is also giving back to the community in his personal time. Yogi is actively involved with local Rotary Clubs, including Freshwater Bay Rotary in WA where he helps promote regular eye screening for primary school children. This can make a big difference to students, as early detection of vision abnormalities can improve both academic and sports performances.

We wish Yogi all the best this Saturday when the WA Australian of the Year will be announced at Government House. WA’s winner will then join recipients from other States and Territories as finalists for the National Awards, to be announced on Australia Day 2015.

Read more about our eHealth research on our website.

Previous post:
The Adventures of Rosetta and Philae
Coming up next:
Usability – it has its own day, but what is it?