Aussie teens win prizes at the ‘Olympics of Science and Engineering’

Aussie teens win prizes at the ‘Olympics of Science and Engineering’

Game on! This year, over 1800 students from around the world competed for a share of $5 million USD at the Intel International Science and Engineering Fair.

What do you get when you bring together 1800 high school students, from more than 80 countries, regions and territories, in one auditorium, for five days?

That, dear readers, is the Intel International Science and Engineering Fair.

For the last week, students from around the world have come together at the world’s largest pre-college celebration of science, technology, engineering and maths.

It’s so big, it’s also known as the Olympics of Science and Engineering. And it’s so popular, that you may have spotted its very own national geographic documentary that premiered at the Sundance Film Festival in 2018. 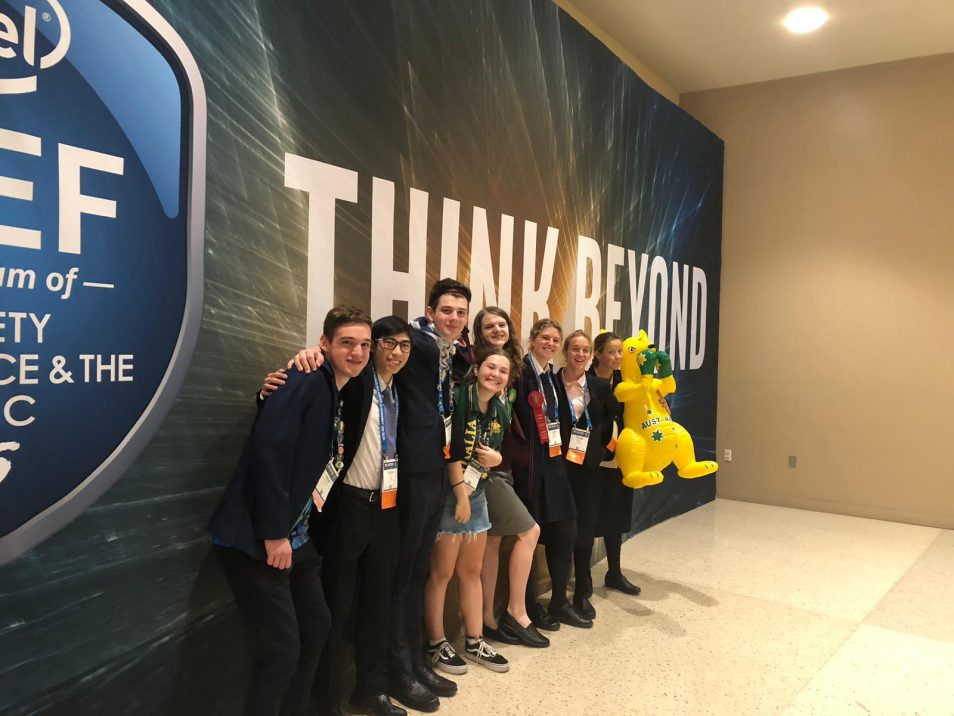 Oi oi oi! The Australian delegation travelled all the way to Arizona to be part of the spectacle that is Intel International Science and Engineering Fair.

Aussie ambition was on show in Arizona

We supported six bright-eyed students from around Australia to travel to Phoenix, Arizona, for this year’s Intel ISEF Australian delegation. These students came from a variety of schools ranging from Sydney to a home school in a town of just over 300 people. But they’re all teenage science and engineering superstars with interests in technology, engineering, biology, health and chemistry.

Our Aussie delegates travelled over 13,000 kilometres and across multiple time zones to get to the final stage—the Grand Awards Ceremony.

And the stakes were high: not only did our teen participants walk away with international connections and insights into cutting edge research, but they also took home a share of the nearly $5 million USD in awards and scholarships.

So how did our Aussies go? Drum roll please!

On Friday morning Phoenix time (2am Australian Eastern Time), 1800 students crowded into the auditorium for the announcement of the winners and place-getters for the 2019 Intel ISEF Grand Awards.

One student, Lucy, won the Engineering Mechanics Second Award. She created a new high performance rowing oar inspired by biomimicry—she looked to the bumps on whale flippers to help improve the oar’s design. Lucy’s reaction to receiving the award sums up the spirit of the fair: she looked overwhelmed with surprise and joy, and her smile seemed to stretch from ear to ear.

The spirit of the (Science and Engineering Fair) games

But for most of these students, it’s no easy ride to the top. The elite group of students that attend the science fair work for months on independent research projects, often in addition to their school work. For most making it to the International Science and Engineering Fair was just a dream.

For Lucy’s project there were multiple setbacks before her new rowing oar was even completed.

Lucy spent a year developing and manufacturing the oars. But, during the first on-water trial, there was a malfunction with the section that connected the oar to the boat, and she lost one of her blades in the ocean.

Despite this setback, and in true Aussie spirit, Lucy battled on. Her tenacity paid off: she received second place in the Engineering category at the national BHP Foundation Science and Engineering Awards and a place on the Australia ISEF delegation. Oarsome.

“It makes me realise that what I’ve done is no longer just about myself, it’s about the bigger picture. It has been amazing to have all these opportunities to push my project further than I’ve ever thought and develop it into something bigger and better,” says Lucy. 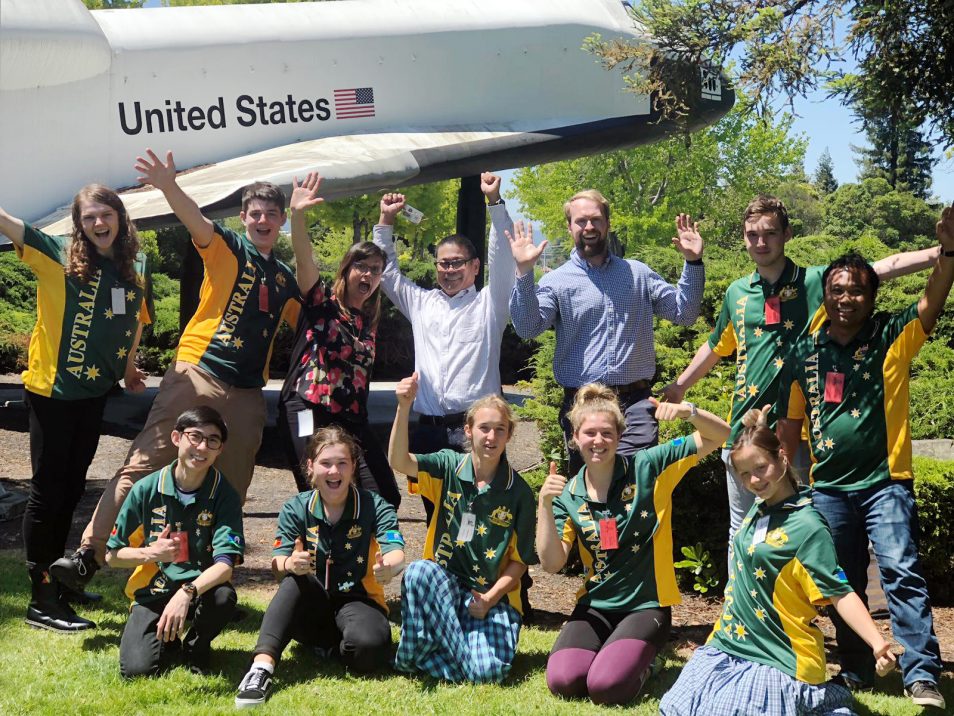 Super scientists abroad! We supported an outstanding group of Aussie students to travel to Arizona for ‘the Olympics’ of high school science: Intel ISEF.

Ready to solve the problems of tomorrow?

Are you already checking out flights to Anaheim, California for the 2020 International Science and Engineering Fair? We love your enthusiasm!

All you have to do is get started on an independent research project and enter it into your state science competition. For more ideas on how to get started with an independent inquiry speak to your teacher about our CREST program.

Begin your journey to science greatness