Superman’s X-ray vision ain’t got nothing on us

Superman’s X-ray vision ain’t got nothing on us

We’re working on a cutting edge sensor system that can detect explosives and other weapons, even chemical or biological agents, from a safe distance. 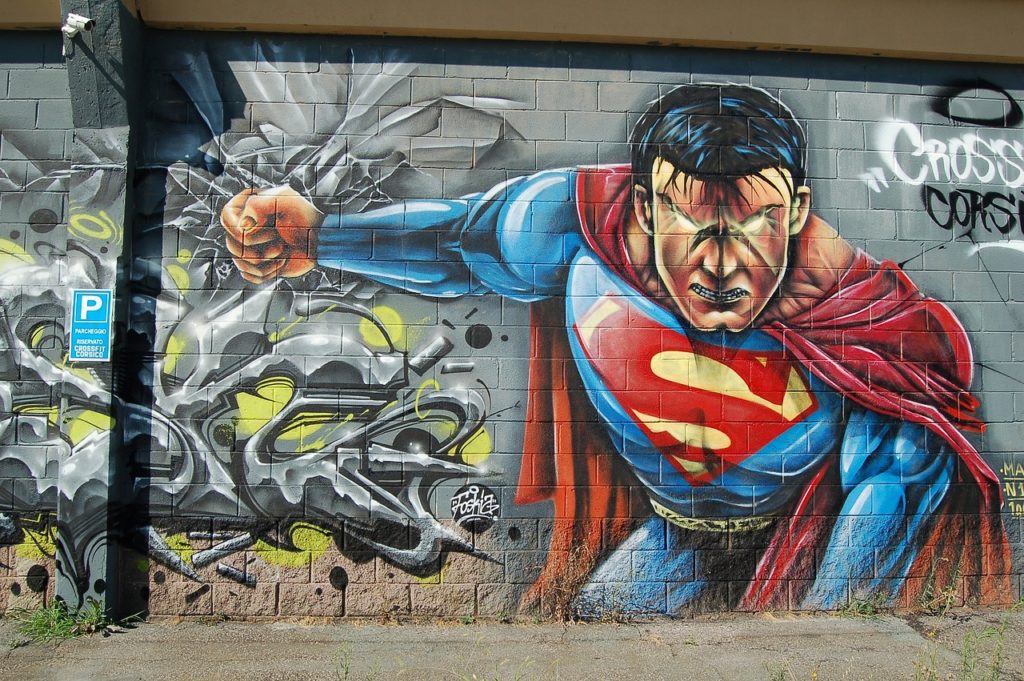 We’re so good it Terahertz

Heading to the MCG during footy finals time isn’t just a big day for AFL fans. It’s also a huge security exercise for police and the MCG. For the grand final last year around a thousand police patrolled the area surrounding the MCG, massive bollards were manoeuvred into place along roads and every single one of the stadium’s 100,000 strong crowd was body scanned and had their bags checked.
But what if authorities didn’t have to do that? What if they had equipment that could see guns, knives, bombs or other weapons hidden under clothes or in a backpack? Basically, what if police or security guards had a non-privacy destroying version of Superman’s X-ray vision?

Is that a gun in your pocket?

Along with our partners in the Department of Defence and Defence Science and Technology Group (DST Group), we’re working on just that: a cutting edge sensor system that can detect explosives and other weapons, even chemical or biological agents, from a safe distance.

The system is based on something called hyperspectral imaging. This technology revolves around the fact every object has its own unique “fingerprint”, known as a spectral signature, that allows its composition to be identified. To find an object’s fingerprint a harmless form of radiation in the Terahertz (THz) frequency range is emitted. A special camera then detects what happens on the electromagnetic spectrum when the radiation comes into contact with an object, even one hidden from the human eye. If someone, for instance, had a gun hidden under an overcoat the radiation would pierce the overcoat and reveal the gun’s metal. Pixel by pixel the gun’s outline would be revealed to the camera’s operator.

Our imaging showed scissors hidden in a purse 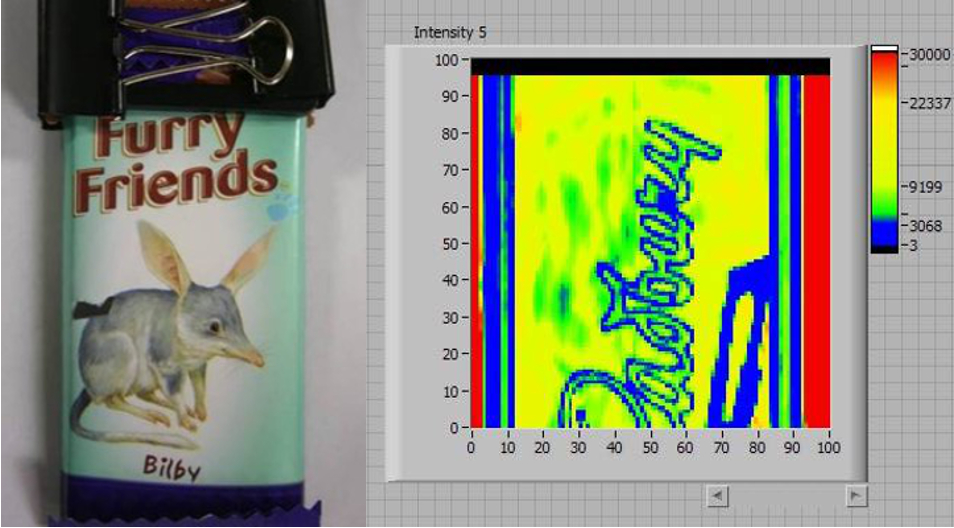 And even a blade concealed in a chocolate bar

There’s a lot of advantages to the concept. It allows security or military personnel to check potential threats, even in a crowded environment, from a safe distance and without placing themselves in danger. On top of being safe around people, THz radiation wouldn’t interfere with civilian communications systems and couldn’t accidentally trigger a bomb or explosive substances. Work on the system is being funded over three years by the DST Group’s “Counter Improvised Threats” Grand Challenge program, which is focussed on reducing the risk to Australian Defence Force personnel and civilians.

When it’s ready the prototype is expected to weigh between five and 10 kilograms, be relatively small and with low power consumption. To begin with it will be used at security checkpoints but could eventually spread across the battlefield; providing critical, real-time intelligence.

Potential civilian uses for the technology may eclipse its original security applications though. It could, for example, be an amazingly useful tool when it comes to product development for Australian manufacturers. Something that can detect, analyse and identify materials remotely could help with everything from material characterisation to non-destructive testing, medical imaging, and biological analysis.

Previous post:
Water, earth, air: scientists in their elements
Coming up next:
(100,000) nautical miles of science