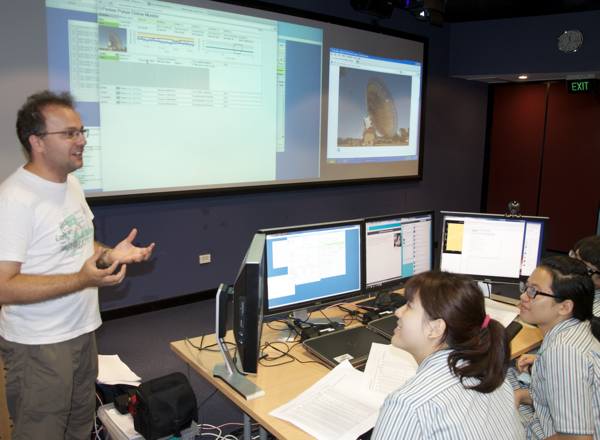 Unfortunately during the late 40s it was Australian government policy that married women were unable to hold permanent positions. Although she married in 1944 she managed to keep this a secret until pregnant with her first child. She left CSIRO in 1951 and later became a science teacher at Danebank.

Today Danebank commemorates her life and achievements by hosting the annual Ruby Payne-Scott lecture, presented by a prominent female scientists. Several CSIRO Astronomy and Space Science staff members have presented this lecture over the last decade. It was wonderful for CASS to return the favour by hosting such an enthusiastic group of students for PULSE@Parkes.

Previous post:
Horse-meat scandal is about breach of consumer trust
Coming up next:
Cosmic crash-site investigated