An accidental prospector has sparked a gold rush after making an extraordinary gold discovery while mustering cattle in a helicopter. 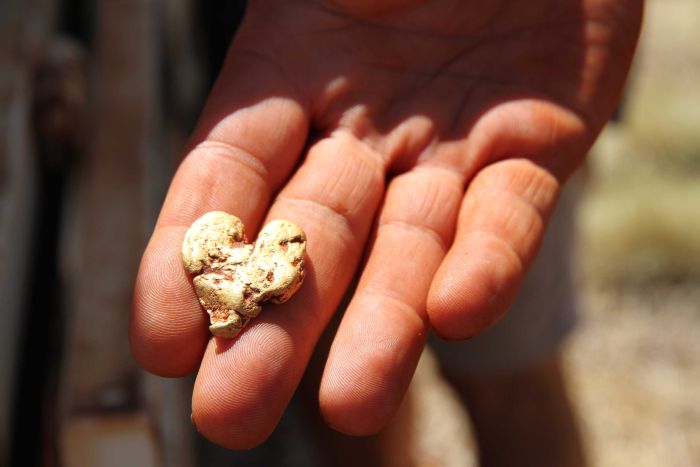 Jonathon Campbell was finding up to $20,000 worth of gold nuggets each day. (ABC News: Susan Standen)

While the Pilbara in Western Australia is more commonly known for its iron ore mining, in recent years it has been gold discoveries making the headlines. In 2016 while aerial mustering, Jonathon Campbell flew a little further off track to find a mob of stray cattle and noticed a hidden prospector’s camp. He landed the helicopter but could not find the prospector, so returned days later with some friends and a metal detector.

“When I first got out there I found an enormous amount of gold; there was gold littered across the ground for literally eight kilometres,” Mr Campbell said.

“Where it popped out of the ground, it could be hundreds of nuggets on the ground. 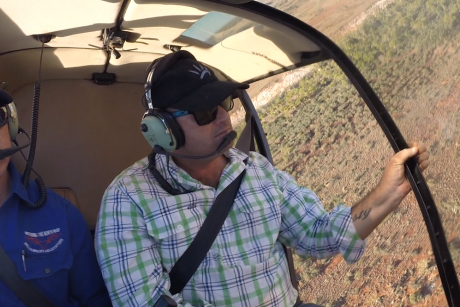 Jonathon Campbell was flying further out than usual when he made a gold discovery that would change his life. (ABC News: Susan Standen)

“You would find gold nuggets and go to move the metal detector to actually get it out of the way because it would make a noise and you couldn’t put it down because everywhere you moved it there was gold.”

Over the next eight weeks, Mr Campbell continued prospecting in the area, raking in hundreds of thousands of dollars worth of gold.

He obtained a special lease over the land to prospect there, on top of an existing lease by then-company, Armarda Resources. He tried to contact the company and inform it of his find, but had no luck until he was flying over an area now known as Mount Shoal and noticed a bulldozer completing rehabilitation work.

“[We] put the helicopter down and there’s this tall gentleman there, and we introduced ourselves and explained what we were doing there; that we were picking up a bit of gold,” Mr Campbell said. 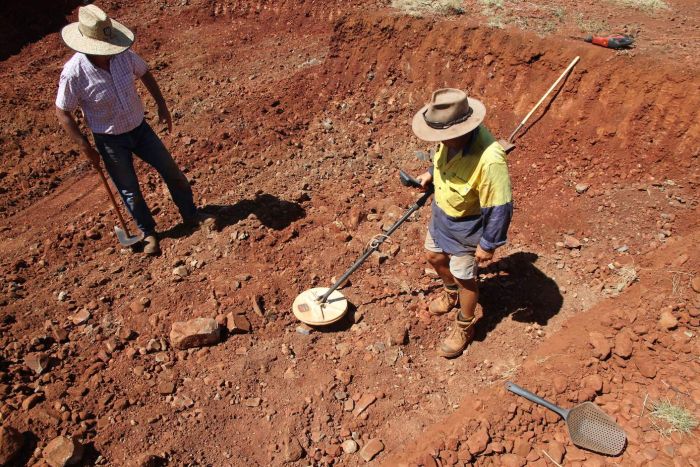 Ed Mead and his colleague Will Scott continue to prospect as they rehabilitate an Artemis exploration site. (ABC News: Susan Standen)

The “tall gentleman” Mr Campbell met on the side of the hill was Ed Mead from Armada, now the executive director of Artemis Resources. Mr Mead had been searching the Pilbara for gold and nickel for decades and expected there was a lot to be found, but had not yet been successful in his search.

“You’d go to the local pub and be sitting in the pub and [the locals would be] waxing lyrical about what they were going to do on the weekend — it was too windy to go boating so they were going to go metal detecting,” Mr Mead said.

“And you’d see them the next week and you’d say ‘well, how did the metal detecting go?’ And they’re all able to throw out a handful of nuggets worth thousands of dollars.

“And how can a lot of companies not be exploring up here, yet some guy that might be working as cleaner for Woodside [Energy company] … go out on the weekend and find gold but a company can’t?'” 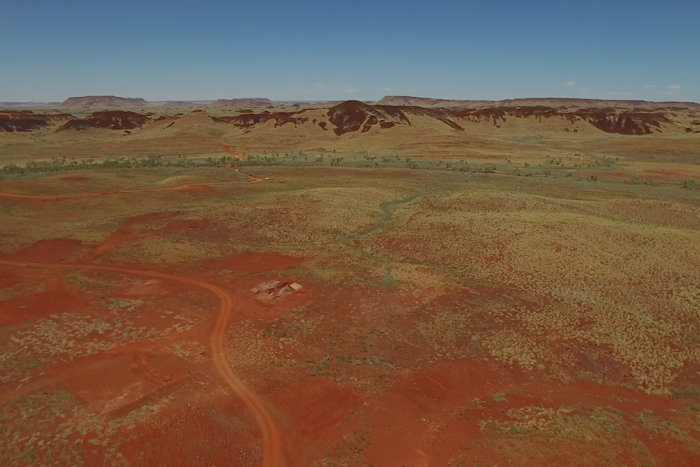 While the Pilbara is red and rocky, gold has been found beneath the surface. (Supplied: Jonathon Campbell)

The problem for Australian resources companies was that the Pilbara is ancient, which means the rock is very hard and expensive to explore. They also did not have a lot of experience in searching for the ‘nuggety’ conglomerate type of gold being found in the region. In order to overcome this lack of knowledge, the Commonwealth Scientific and Industrial Research Organisation (CSIRO) began investigating the geological makeup of the region. CSIRO research scientist Mark Pearce said he believed understanding the geological setting would change the way companies looked at mining in the region and help them explore for gold more effectively. 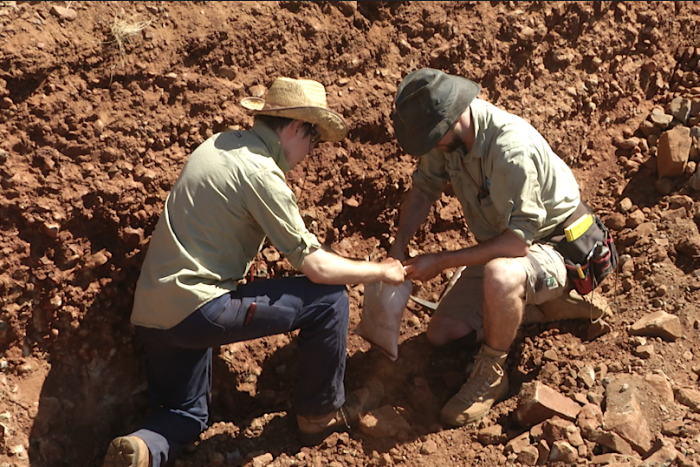 “Hopefully we’ll be able to take the gold finds that’ve been found and reported across the Pilbara so far and kind of put those together, and we’ll be able to say, and help companies say, whether it’s possible to turn these into viable mines,” he said.

Mr Mead said he hoped this would also help Artemis find other parts of the Pilbara with similarly rich gold deposits.

“We want to be able work out what is effectively a fast way to explore for gold mineralisation,” he said.

“Having CSIRO that have got a lot of [intellectual property], a lot of access to a knowledge base that the resource sector doesn’t, is going to help us advance this a lot faster.”

The Artemis and CSIRO research project is ongoing, but for Mr Campbell, the search for gold ended when he was offered a job with the local council and sold his lease to Novo Resources. His discovery, however, has been life changing for his family. Their future now lies close to where it all began. They are preparing to buy a cattle property.

“For every ounce of gold, I’ll be buying a cow,” Mr Campbell said.

Could these nuggets be a fruitful sign of a profitable gold deposit hiding below the surface?

Previous post:
Supercharging battery metals
Coming up next:
Dying, not waving: nearby dwarf galaxy running out of gas