Hundreds of unusual gold nuggets shaped like watermelon seeds were discovered in the Pilbara goldfields last year. We’re now getting to the bottom of how and why these gold nuggets exist. 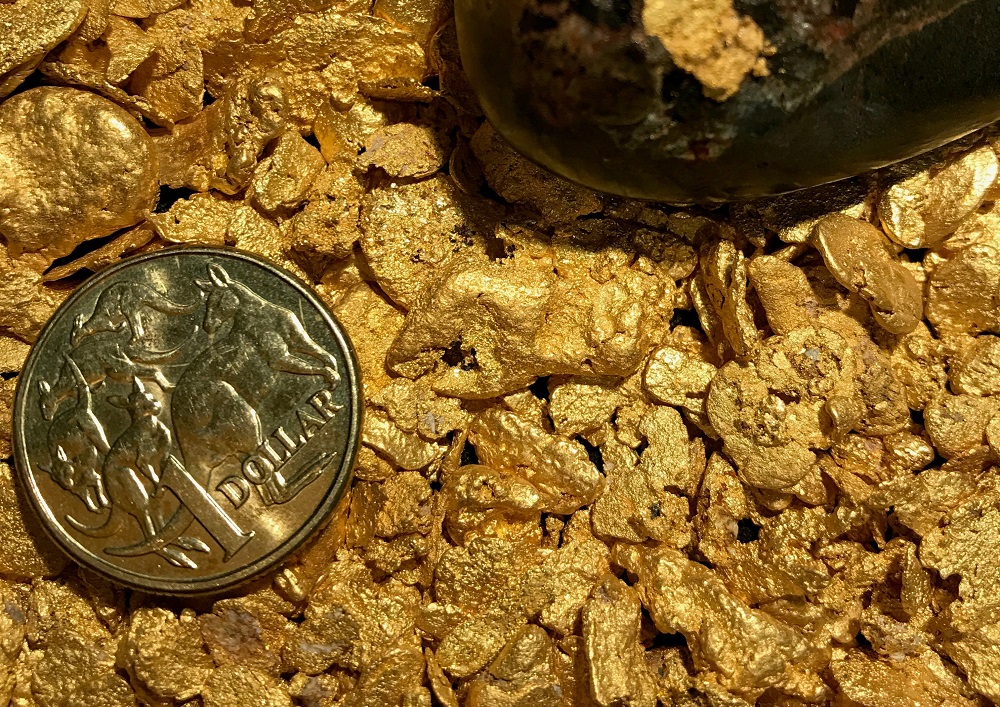 Worth their weight. Image: Artemis Resources

An old-school gold rush kicked off in the Pilbara goldfields last year, following the discovery of hundreds of gold nuggets uniquely shaped like watermelon seeds.

Sole prospectors and exploration companies alike flocked to the area in search for these nuggets hosted as conglomerates (groups in rocks), on or near to the Earth’s surface.

One company, Artemis Resources, recovered 547g of nuggets from prospecting the area in just four days. While the nuggets are valuable in their own right (their bounty was roughly worth $25,000) the hype since has focused on what they might mean for bigger gold discoveries in the area.

Could these nuggets be a fruitful sign of a profitable gold deposit hiding below the surface? Is there potential for a whole series of new discoveries of similar mineral rocks across the region?

Right now, we don’t have any scientific evidence to back this claim. What we do know is that these nuggets are different from most of the known gold reserves in Western Australia, such as around Kalgoorlie.

Until we look into the geology of the rocks and how they formed – in other words, the origin of the mineralisation – more questions than answers will remain.

Key is understanding how the nuggets formed

We’re working with Artemis Resources to get to the bottom of how these unusual gold nuggets formed and why they exist.

Our research will investigate different possibilities of how the nuggets formed, such as whether the gold was laid down as part of the sedimentary rock or introduced by hydrothermal fluid flow underground.

We’ll also be looking beyond the host rocks themselves at the broader area, as understanding this bigger picture is key to accurately predicting what’s underground. The aim is to test the models, as well as to come up with new tools, which can be applied to understand the area’s prospectivity and help Artemis better target their exploration program.

The project brings together a team of experts in both gold deposits and sedimentary rocks who will use advanced analytical techniques to understand the characteristics of the gold and their host rocks. And, we could have the answers in as little as a year – so stay tuned.

We’re a trusted advisor to the Australian exploration industry, focused on research and innovation to enable the next wave of mineral resource discoveries. We work with more than 50 exploration companies each year from juniors to the major miners.

Check out our innovation in the minerals exploration space.