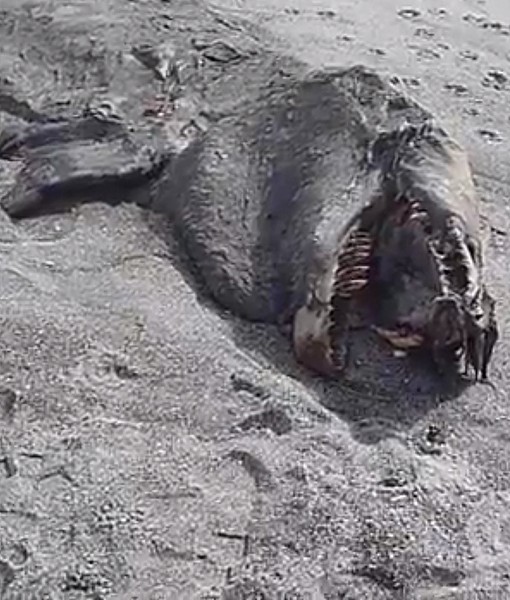 Today we’re crossing the Tasman for a  mystery of the deep. Fishy remains became famous last week when a strange carcass washed up on a New Zealand beach and made it big on YouTube under the guise of a “sea monster”.

Speculation about the prehistoric origin of the “monster” was atwitter until one of New Zealand’s marine mammal experts stepped in (cue the Get Smart theme song). New Zealand Museum’s Anton van Helden told NZ TV that it could be identified as an Orca (a.k.a. killer whale), due to a distinctive flipper. Killer whales are found in all oceans and it’s estimated that the largest population lives in Antarctic waters. New Zealand’s Bay of Plenty was certainly full of surprises, as this YouTube clip shows:

It’s unknown why the killer whale died or washed up on shore. I imagine if it could talk, it would probably say something like this…