The State of the Climate 2014 focused on the changes that have been observed in Australia’s long-term climate trends and it shows that temperatures across Australia were, on average, almost 1°C warmer than they were a century ago. 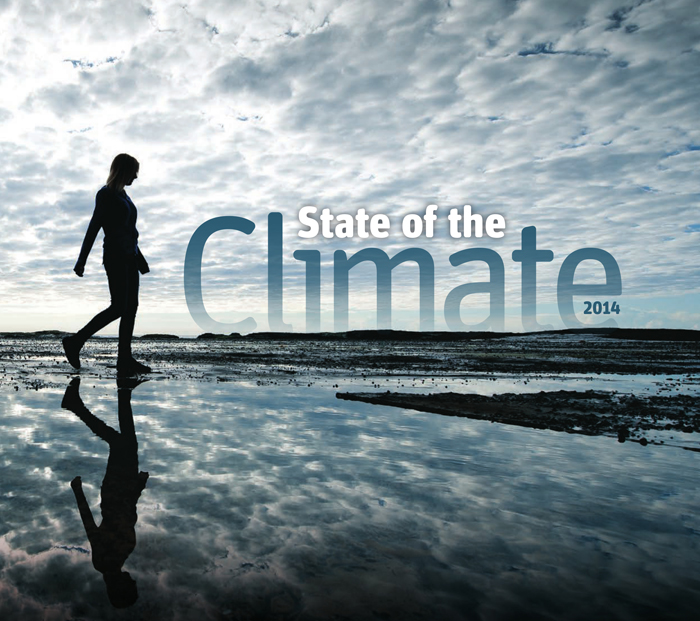 Every two years CSIRO and the Bureau of Meteorology get together, crunch the numbers and release a definitive report on long term trends in Australia’s climate – The State of the Climate.

The SoC 2014 released today is focused on the changes that have been observed in Australia’s long-term climate trends and it shows that temperatures across Australia were, on average, almost 1°C warmer than they were a century ago, with most of the warming having occurred since 1950.

“Australia’s mean temperature has warmed by 0.9°C since 1910,” BoM chief Dr Vertessy said. “Seven of the ten warmest years on record in Australia have occurred since 1998. When we compare the past 15 years to the period 1951 to 1980, we find that the frequency of very warm months has increased five-fold and the frequency of very cool months has decreased by around a third.

“We have also seen a general trend of declining autumn and winter rainfall, particularly in southwestern and southeastern Australia, while heavy rainfall events are projected to increase. Australian average annual rainfall has increased slightly, largely due to increases in spring and summer rainfall, most markedly in northwestern Australia.” 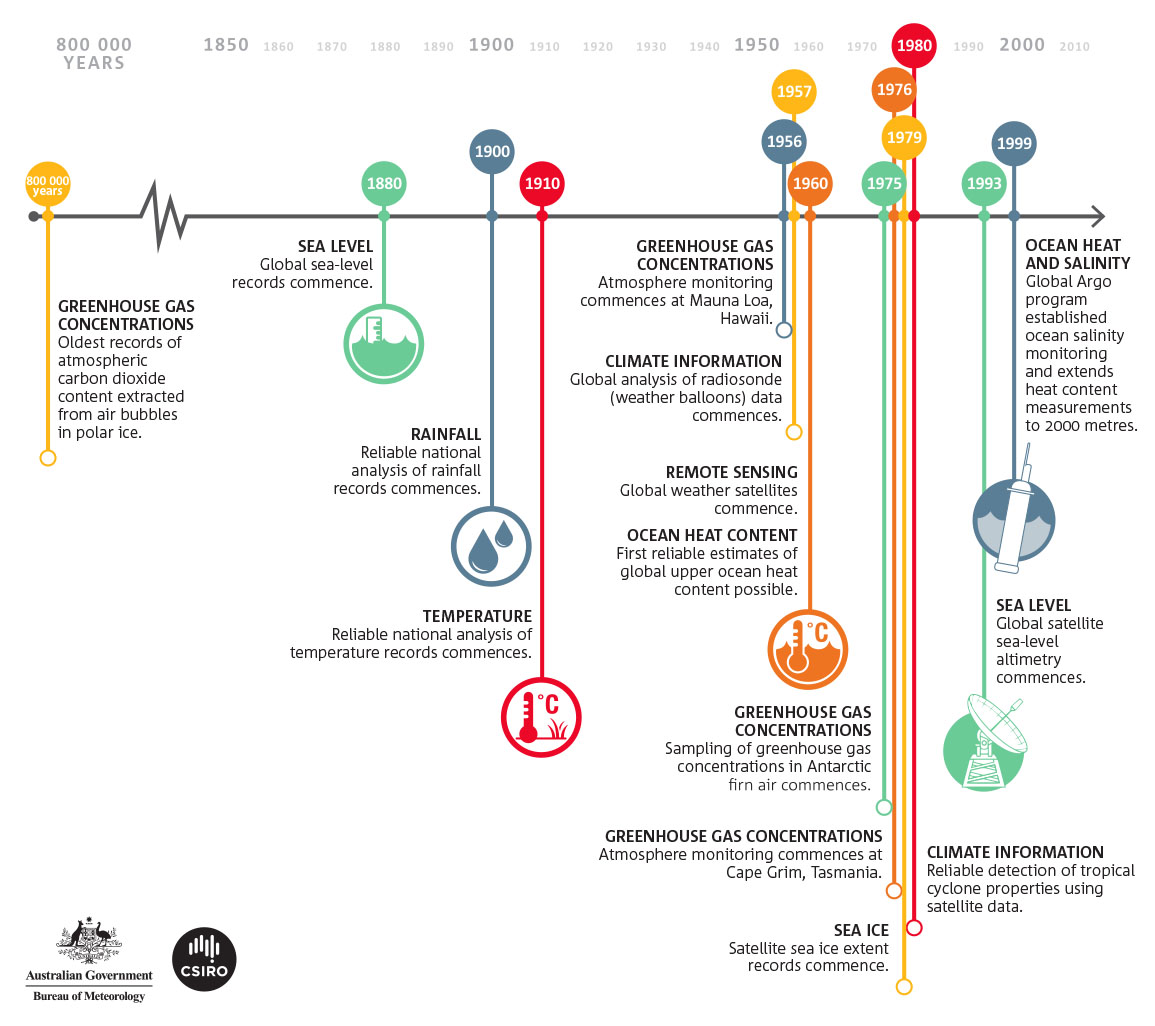 State of the Climate 2014 draws on an extensive record of observations and analysis from CSIRO, the Bureau of Meteorology, and other sources.

CSIRO boss Megan Clark said Australia has warmed in every State and Territory and in every season.

“Australia has one of the most variable climates in the world. Against this backdrop, across the decades, we’re continuing to see increasing temperatures, warmer oceans, changes to when and where rain falls and higher sea levels,” Dr Clark said. “The sea-surface temperatures have warmed by 0.9°C since 1900 and greenhouse gas concentrations continue to rise.”

CSIRO and the Bureau of Meteorology play a key role in monitoring, measuring and reporting on weather and climate, contributing to improved understanding of our changing global climate system. State of the Climate 2014 is the third report in a series and follows earlier reports in 2010 and 2012.

Below are some of the main facts from the report. 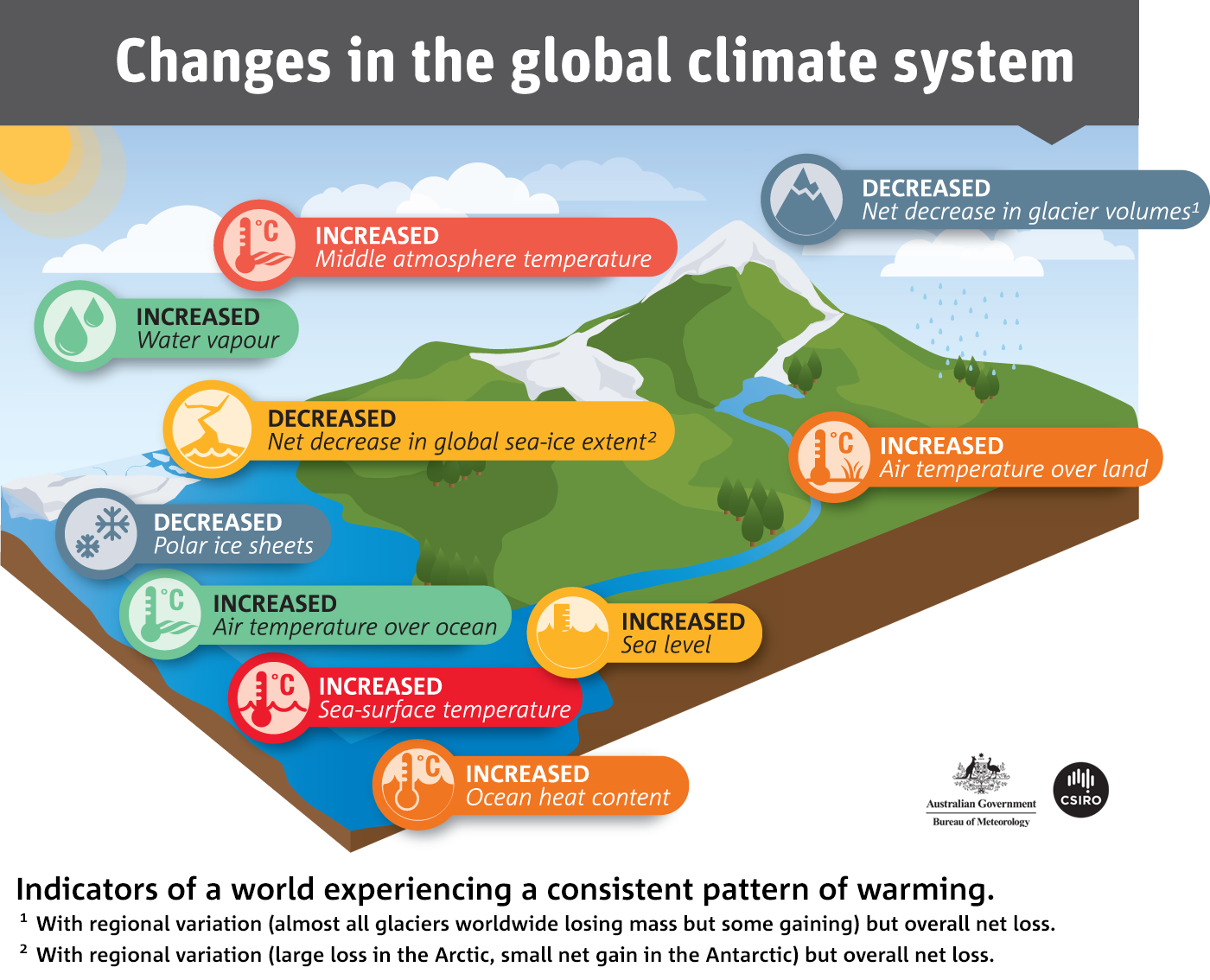 Indicators of a world experiencing a consistent pattern of warming.Oceans

Previous post:
Emergency services benefit from a high-speed world without wires
Coming up next:
Home is where the heart is…monitored