What a week! The Catholic Church got a new pope. And the world’s astronomers got a major new telescope: ALMA.

It must be a sign of the times that both are linked to Latin America: Pope Francis is Argentinian, while ALMA is located on the Chajnantor plateau in Chile’s Atacama desert, 5000 m above sea level. The plateau is very high, very dry, and looks like the surface of Mars. It’s the kind of location only telescope builders love: sort of half-way to space, with not much of that pesky atmosphere to deal with. 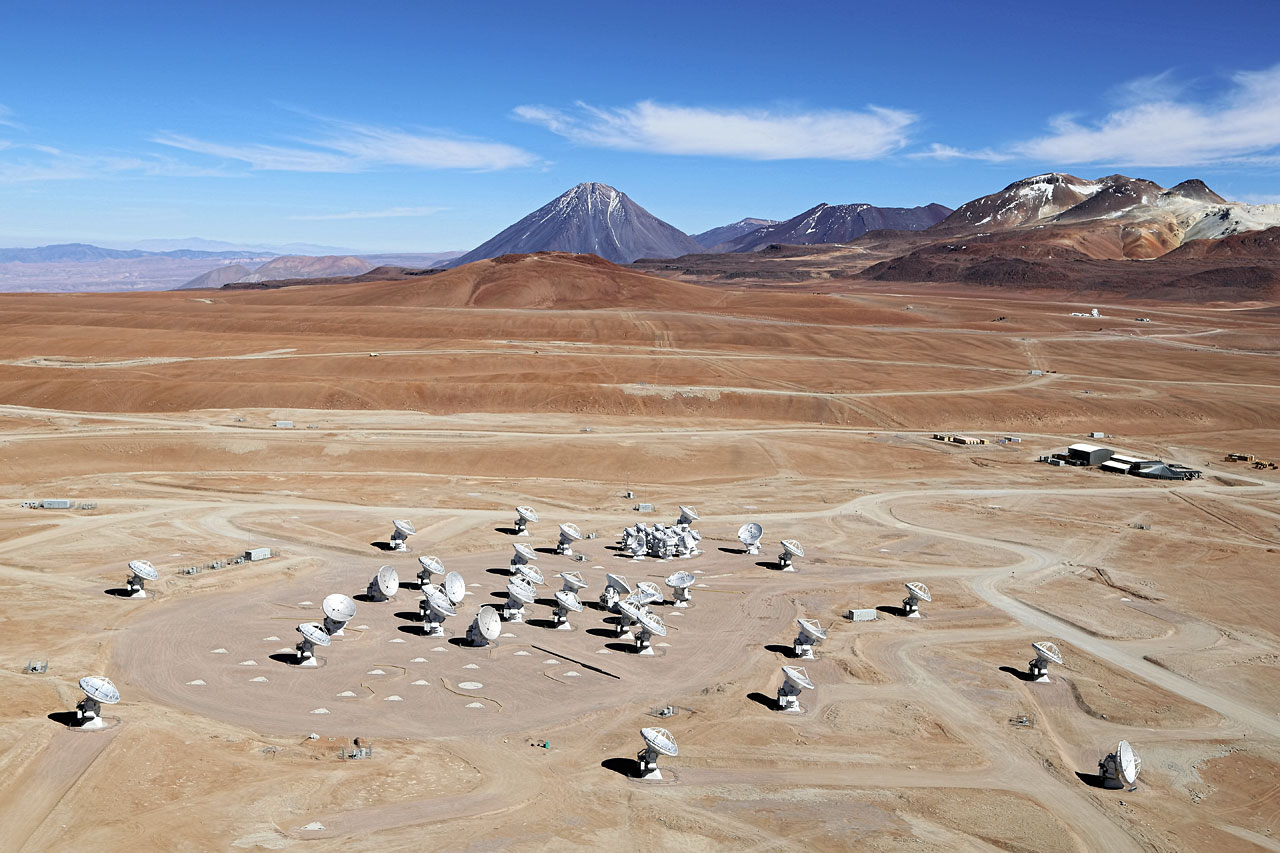 This image shows an aerial view of the Chajnantor Plateau, located at an altitude of 5000 meters in the Chilean Andes, where the array of ALMA antennas is located. The large antennas have a diameter of 12 metres, while 12 smaller antennas with a diameter of 7 metres make up the ALMA Compact Array (ACA). On the horizon, the main peaks from right to left are Cerro Chajnantor, Cerro Toco, and Juriques. This photo was taken in December 2012, four months prior to the ALMA inauguration.

Although ALMA actually stands for “Atacama Large Millimeter Array”, it also means “soul” in Spanish. (So perhaps there is a papal link there.)

The telescope was officially opened on Wednesday 13 March. It has been funded and built by institutions in Europe, North America and East Asia, in cooperation with the Republic of Chile.

When it’s completed—which it isn’t quite, yet—ALMA will have 66 dishes (54 are 12 m in diameter, and 12 of them are 7 m). They can be moved into different arrangements, clustered together or spread over an area 16 km in diameter.

So, what’s this telescope all about? ALMA is principally for looking at cool stuff in the Universe: things that are no more than a few tens of degrees above absolute zero. In particular, it’ll be good for studying the birth of stars inside dense clouds of dust and gas.

That makes it different from most other telescope arrays around the world, current or planned (such as the Square Kilometre Array), which receive longer (lower-frequency) radio waves and so tap into different kinds of physical processes going on in space.

Astronomers have actually been using ALMA for about a year, even in its unfinished state, and are wildly happy about the results it has been producing.

CSIRO’s Dr Jill Rathborne headed one of the teams that got some of the fiercely sought-after time on the telescope. About 1000 teams put in proposals for observing; just 100 were picked.

Dr Rathborne is an expert on the formation of high-mass stars. “High-mass” in this context means stars eight to 150 times more massive than the Sun. (No, it’s not another reference to the pope.) 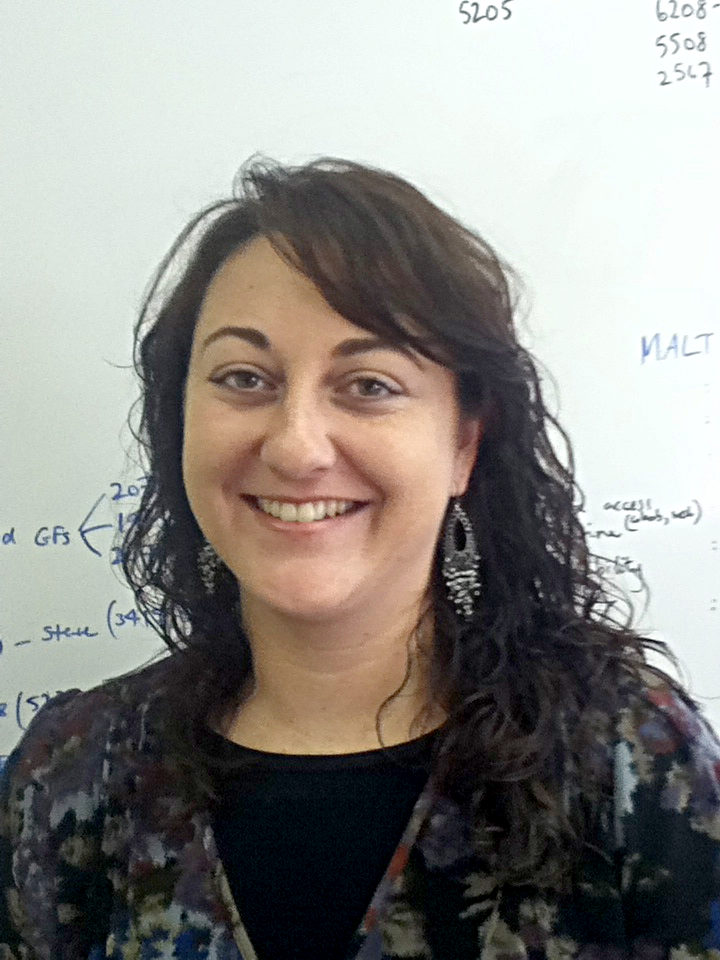 CSIRO’s Dr Jill Rathborne: one of the first astronomers to use ALMA.

Astronomers think they understand how lower-mass stars form, but high-mass ones are trickier. There are two competing ideas about how it might happen: it’s an unsettled question.

Dr Rathborne presented the results of her ALMA observations to an international meeting in December. She’s ecstatic about them.

“No other telescope can show us what ALMA does,” she said. 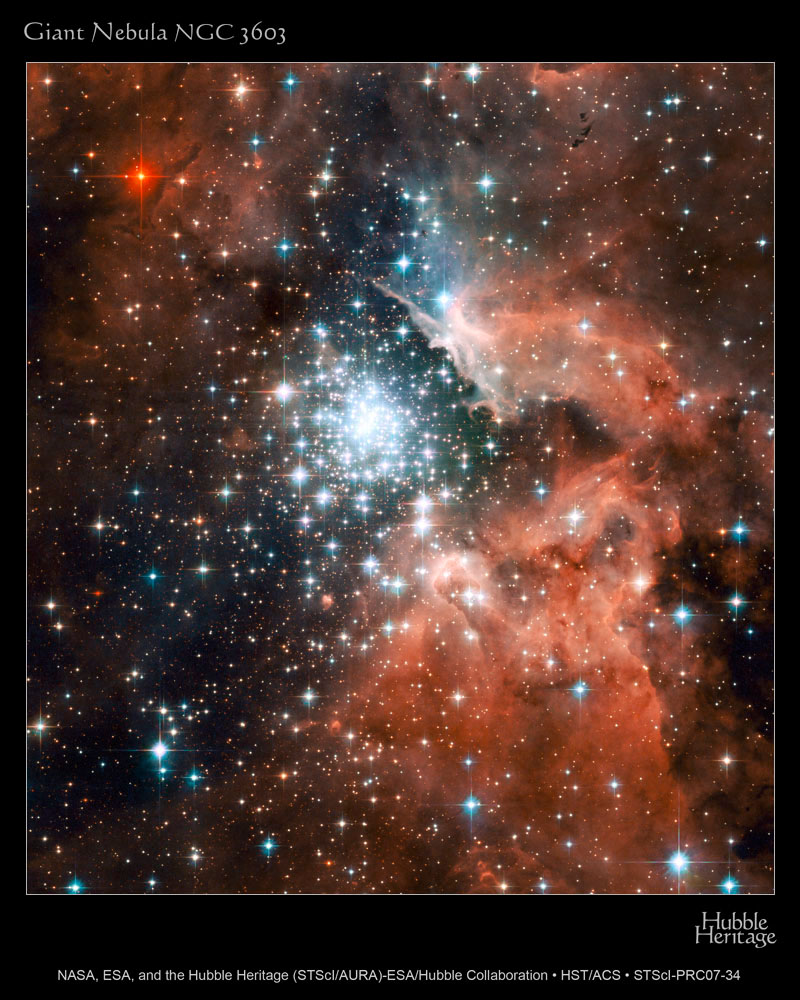 Astronomers will use ALMA to study how clouds of gas and dust turn into massive clusters of young stars like this one (NGC 3603).

Previous post:
Bringing you the knowledge, from the BBC
Coming up next:
Friday Fish Time